Toyota has released a special edition of its Toyota Aygo city car that sports upgraded cabin speakers and a grey and orange exterior.

Called JBL Edition, this latest iteration of the Aygo focuses on "audio excellence", according to Toyota, and features the most powerful and sophisticated sound system yet in an Aygo.

The new set-up comprises two 225mm high-frequency tweeters installed on top of the Aygo’s instrument panel, two 150mm full-range speakers at the bottom of the doors and a 160mm subwoofer located in the car’s spare wheel well.

Channelled through a bus-less amplifier, the system offers a total of 600W of sound power. This is claimed to create a “live gig feel”, generating a “rock venue vibe or concert hall ambience”, depending on the user’s taste in music. Apple CarPlay or Android Auto connectivity feature, too.

On the outside, the Aygo JBL Edition gains an exclusive dark grey exterior with orange for the roof, front pillars, side sills and lower grille surround. The orange accents continue into the Aygo’s cabin. The front air vents, door trims, gearshifter, front seat bolsters and carpet edging are all orange. 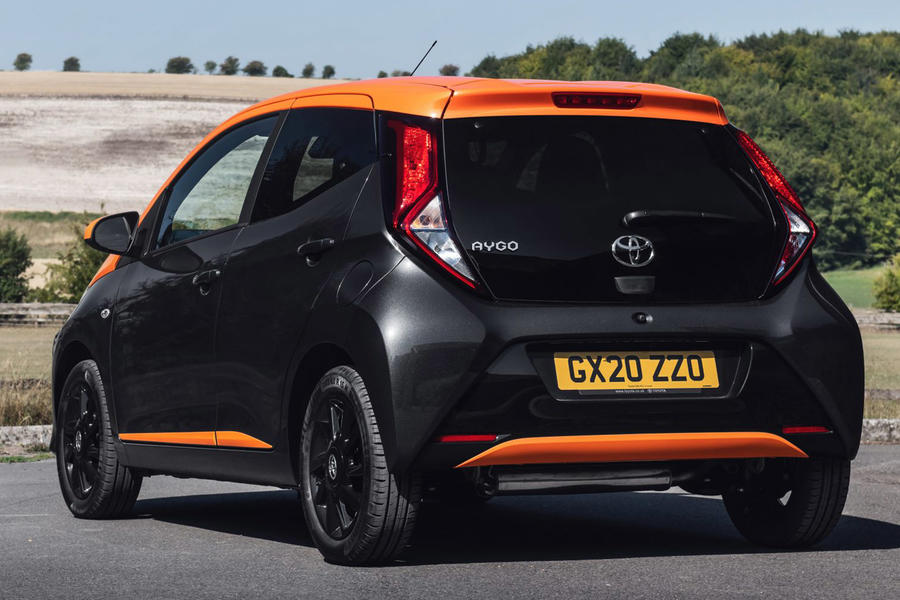 The JBL Edition retains the 1.0-litre petrol engine common to the rest of the Aygo range. A five-speed manual gearbox is offered as standard, but X-Shift automated manual transmission is a £700 option on top of the JBL Edition’s £14,150 starting price.

The JBL Edition is available to order now, although Toyota has yet to specify how many JBL Editions it intends to produce.

Toyota is one of a few brands that remain committed to the city car class. While other car makers, such as Skoda, have pulled away from the segment, Toyota recently confirmed that the next-generation Aygo will be designed, developed and built in Europe.

Executive vice-president of Toyota Europe Matt Harrison said the current Aygo is a “profitable business equation for us".

He added: “I understand other manufacturers have not been able to make a successful business out of [the] A-segment and, with increased technologies, they only see it getting worse. But we see it as an opportunity to go further, not pull back.”

Why do cars this size need such loud system?, my experience of them is you can hear them coming from fifty yards away, and when they pass by you, you can feel, and hear the beat of the music (noise) they are listening to, it's a wonder they're not deaf!

Why do cars this size need such loud system?, my experience of them is you can hear them coming from fifty yards away, and when they pass by you, you can feel, and hear the beat of the music (noise) they are listening to, it's a wonder they're not deaf!

I quite like it though, the colour scheme looks good and I've always thought the Aygo looked good anyway.
View all comments (5)