BACK TO ALL NEWS
Currently reading: Tesla plots £20k, 250-mile EV hatch to rival VW ID 3
UP NEXT
Prodrive P25 is uprated Subaru Impreza 22B with 400bhp

Tesla is making a renewed push to cement itself as the world’s leading electric vehicle brand in the face of fierce competition from established manufacturers, particularly in Europe, after achieving the most successful sales quarter in its 13-year history.

Crucial to the US firm’s continued success will be the introduction in the coming years of the long-mooted small, affordable electric hatchback to rival front-runners in that segment, such as the Volkswagen ID 3, Nissan Leaf and Kia e-Niro.

Set to go on sale in 2023, the new Tesla hatchback will mark the firm’s landmark shift away from the premium EV sector into more accessible territory, building on the mammoth success of its Model 3 compact saloon in Europe, where it ranks consistently among the best-selling electric cars. A starting price in the US of around $25,000 has been suggested, which translates to less than £18,000 – but Tesla’s models typically cost slightly more outside of its homeland, so an on-sale price of around £20,000 is more likely. This would make it the brand’s cheapest model by a large margin, with even the most affordable variant of the Model 3 priced from £40,990.

Such a shift in pricing will be made possible by a new type of battery technology being developed by Tesla, which is claimed to reduce manufacturing costs by 50% over current methods, while providing five times more energy and up to 16% more range per charge.

The tech was first detailed in a high-profile announcement at Tesla’s Battery Day last year, at which CEO Elon Musk said: “One of the things that troubles me the most is that we don’t have a truly affordable car, and that’s something we will have in the future. For that, we need cheaper batteries.”

Series production of the newly designed battery packs will become possible as soon as next year, Tesla has said, and because they do away with the standard ‘tab’ format of today’s conventionally produced items, they could cost as little as £77 per kWh to produce – significantly less than current rates.

As a result, the new entry-level car is tipped to offer a highly competitive range, on a par with even electric cars from several segments above. Musk has said on separate occasions that a range of less than 250 miles, even on the notoriously strict EPA cycle, wouldn’t meet the “Tesla standard of excellence” and is “unacceptably low”. Tesla even went so far as to axe the Standard Range version of the Model Y crossover as a result.

It remains to be seen if Tesla will offer the hatchback with a battery capacity of less than 50kWh (its smallest-output cell so far), but a shorter-range variant could provide Tesla with an entry point into the increasingly competitive urban mobility market. A top-rung Long Range version could, meanwhile, match the 352-mile WLTP range of the biggest-battery Model 3.

So far, Tesla has been unforthcoming about the model’s precise final form and name, referring only to an upcoming “future product” that’s being developed to follow the Semi lorry, Cybertruck pick-up and Roadster sports car. But it is highly likely to bear a strong resemblance to the Model 3 and is tipped to take the Model 2 name as a nod to its entry positioning.

Tesla has previously previewed a compact model with styling cues that leaned heavily on the Model 3, as it called for applicants to work at its new research and design facility in China. The announcement mentioned that the centre will design “Chinese-style” cars, but Musk has previously confirmed that Tesla will “create a car for worldwide sale” in China.

European versions of the Model 2 are set to be produced alongside the Model 3 and Model Y at Tesla’s new German factory, near Berlin, which is due to open – after a series of delays – in early 2022.

Described as “the largest factory in the world”, it will eventually have a capacity of 500,000 cars per year and will be instrumental in continuing to grow the Tesla brand outside of its US home market and China. 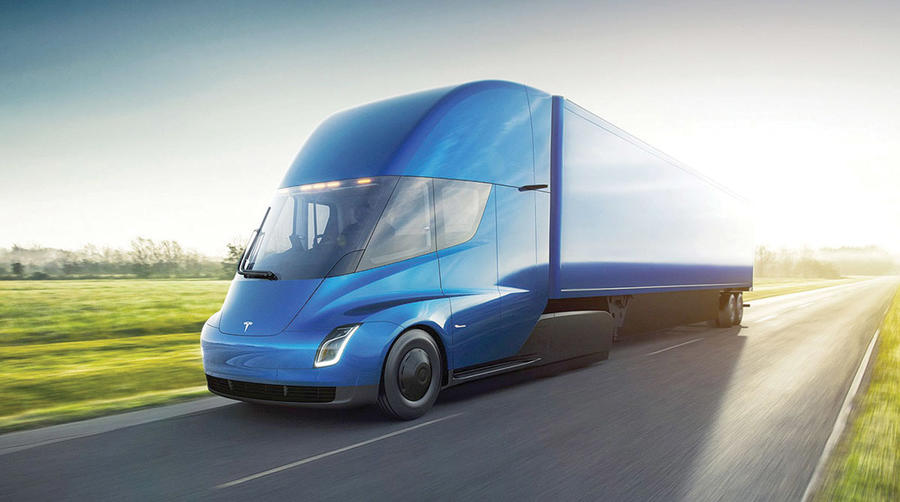 Semi 2021: Tesla’s first commercial EV is said to be “the safest, most comfortable truck ever”. First shown in late 2017, the lorry can be reserved in the UK for £15,000 and is set to make its official debut later this year when customer deliveries begin. 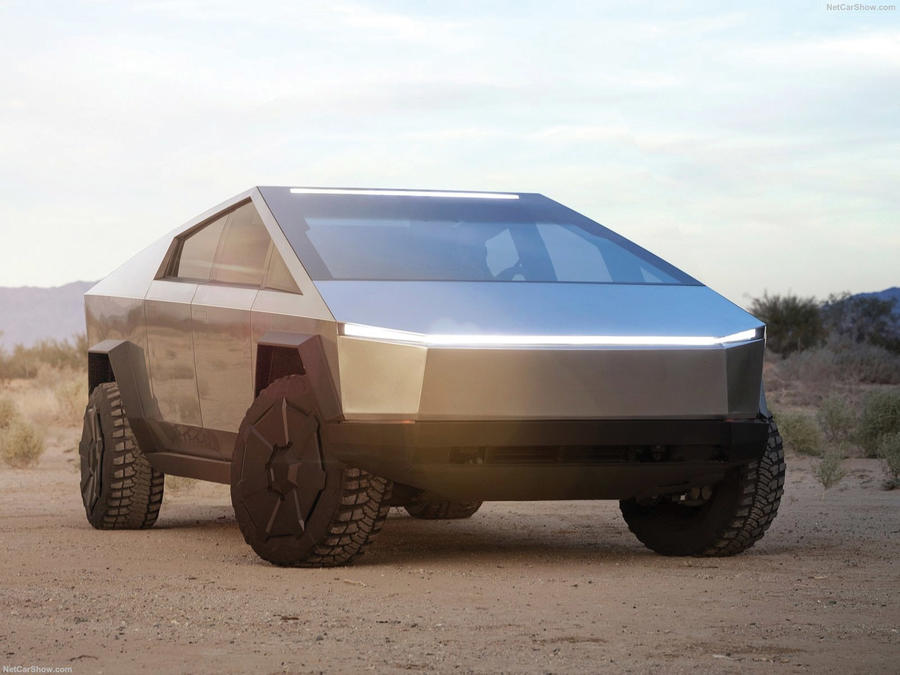 Cybertruck 2022: Due for a market launch this year, Tesla’s brutalist answer to the Ford F-150 Lightning is now on course to enter production in late 2022. Buyers can place a fully refundable $100 (£71) deposit on the pick-up truck and have the choice of one, two or three motors, with a claimed maximum range of more than 500 miles. 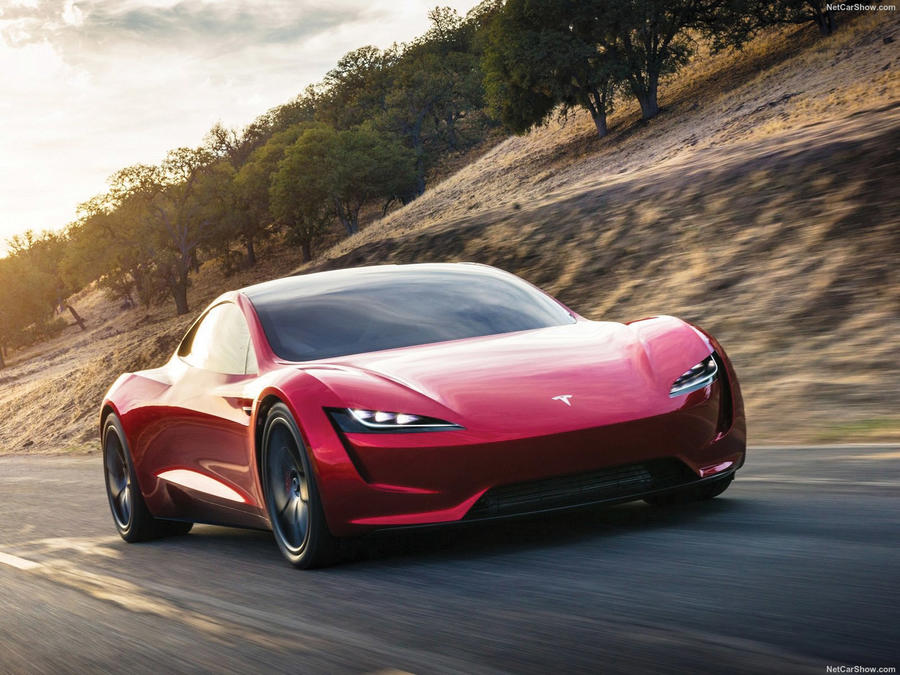 Roadster 2022: Set to rival the Lotus Evija with a sub-2.0sec 0-60mph time and an unprecedented range of 621 miles, Tesla’s flagship four-seat supercar has now been confirmed for a belated 2022 launch, four years after it was revealed. A fully drivable prototype is expected in the coming months. 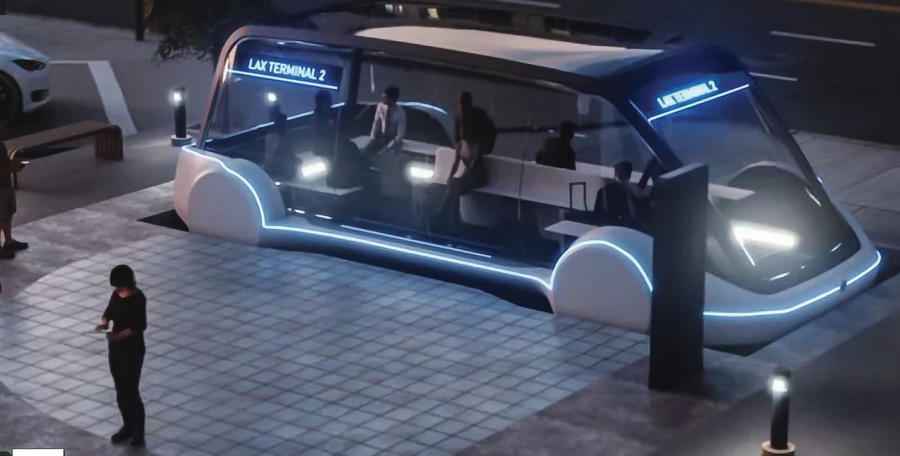 Shuttle 2024: Little is known about the “higher-capacity vehicle” at which Musk hinted last year, but reports suggest a 12-seat minibus featuring autonomous tech could be developed to serve as a people mover within the tunnels dug by Musk’s Boring Company.

Inside the industry: New Tesla approach is to kill rivals with kindness

I'm looking forward to this, not because I want one - I don't like Tesla interiors, but because it'll prpbably have good performance and that might force the likes of VW to give us an EV hot-hatch instead of the slow stuff we're currently being offered.

It's not easy but a shift of mindset is needed when thinking about Tesla.  This is a challenge when we're used to thinking about car makers in a specific and familiar way.  Traditional car manufacturing companies behave very differently.  Tesla is first and foremost a software tech company that makes cars.  It's totally different to a traditional car company.  The biggest value in Tesla is in its bespoke software, it's in-house AI development, its over-the-air control of updates, its mapping tech and the supercharger network.  No traditional car company has any of these assets to the same extent.  That's why Tesla is so valuable on the stock market and why it's easy for us petrolheads to misunderstand it and underestimate it.

Well, here we are 20 posts on, and most aren't listening,yes, I said it would be nice if it was around £20K, but, they way the World is just now, in two years, it might well be around £30K, let's hope we get some good growth in the World markets, interest rates up, and maybe, just maybe, we will get a Car like this that most of us could drive, a simplistic view, I don't pretend to know as much as some of our posters, but there's nothing wrong with a bit of positivity, is there?