BACK TO ALL NEWS
Currently reading: Subaru Impreza e-Boxer hybrid: first details and passenger ride
UP NEXT
MST Mk1: Is this the ultimate rally recreation?

The new Subaru Impreza e-Boxer hybrid has been revealed at an event in northern Finland.

The hatchback shares its petrol-electric powertrain with the recently launched Subaru XV e-Boxer and Subaru Forester e-Boxer SUV models. Its introduction is part of a minor facelift for the Impreza that also includes revised headlights and tail-lights (which now have a blanked-out panel in the centre) new bumpers and new ten-spoke alloy wheels.

The car’s safety systems have also been upgraded: along with the existing forward-facing Eyesight camera system, the Impreza now also gets a low-set front camera for peering out of busy junctions and automatic emergency braking when reversing.

As far as technical specifications are concerned, the powertrain is unchanged from the XV and Forester. It uses the same 148bhp (at 5600rpm) flat-four petrol engine and 12.3kW electric motor, sandwiched between the engine and Subaru's Lineartronic CVT. 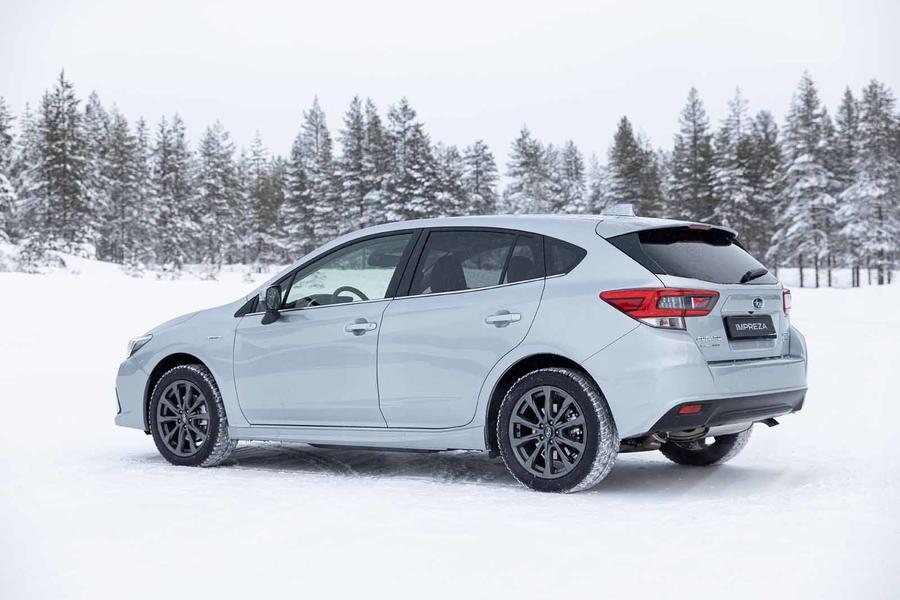 Unlike the old 1.6-litre petrol Impreza, the e-Boxer gets shift paddles that allow the driver to select six preset ‘fixed’ ratios within the CVT. This being a Subaru, it almost goes without saying that it drives through a symmetrical four-wheel drive system.

With the Impreza becoming the third hybrid in Subaru’s line-up, it’s something of a statement of intent for the Japanese company in Europe. Despite having vastly more customers in the US than it does this side of the Atlantic (just 32,299 Europeans bought a Subaru in 2019), Subaru says it has no intention of pulling out of what looks to be a difficult market in the next few years.

Speaking to Autocar, Subaru’s European general manager for sales and marketing, David Dello Stritto, said: “We have a new direction for the brand in Europe. To be honest, we’ve been resting on our rallying reputation for too long. We are in the process of bringing the product to Europe that will allow us to stay in Europe.

"We believe that we’re nicely placed to weather the storm of upcoming emissions legislation. At Subaru, being carbon-neutral is not merely a goal, it’s a result. It’s not an ambition; it simply makes good business sense.”

Subaru’s global plan includes a 20,000-tonne-per-year reduction in its total CO2 emissions, leading to a 90% reduction in corporate CO2 by 2050. In the meantime, the company will attempt to drive down its cars' emissions too; it's currently working on a jointly produced battery-electric crossover with Toyota.

Dello Stritto says that more attention needs to be paid to total lifetime CO2 emissions, including production, rather than just focusing on the emissions of the car when it's in motion. 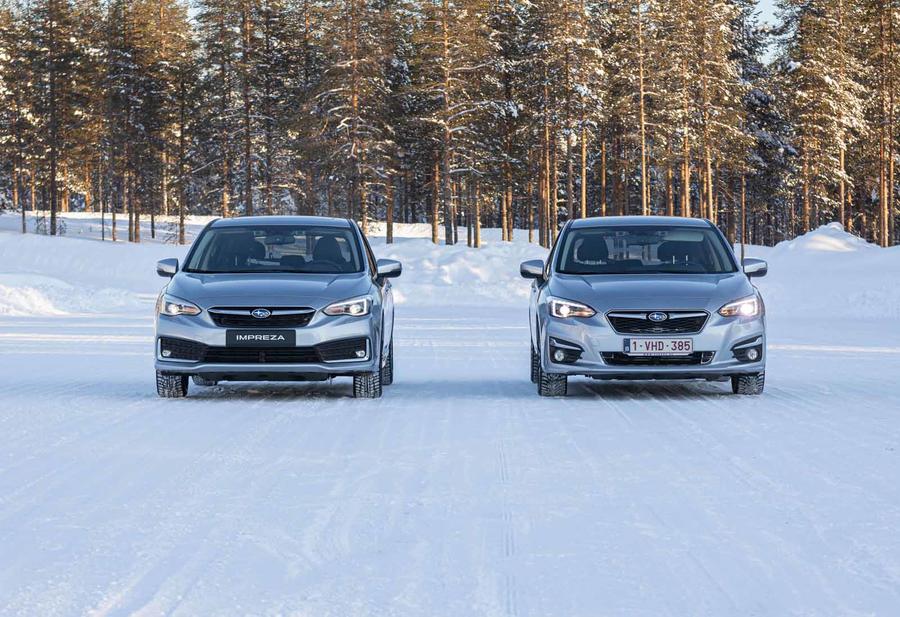 How does the Impreza e-Boxer drive? Well, very, very sideways, it would seem... Subaru told us that this was a pre-production car and so we weren't allowed to drive it. However, it was prepared to let us sit alongside Finnish rally driver Jarkko Miettinen for a high-speed drive around a rally stage cut through a snowy forest near the city of Rovaniemi.

Needless to say, the combination of snow, studded tyres and a bobble-hatted Finnish rally driver meant we weren’t hanging around. Miettinen kept the CVT in manual mode and used the shift paddles, never going higher than third, That gave him enough throttle response to keep the stubby Subaru in an almost constant slide, occasionally reversing the direction of the drift.

Certainly, from the wrong side of the car, the Impreza e-Boxer seems to have better throttle response than the 1.6-litre petrol version, while the handling seems to be as well-balanced and responsive as we’ve come to expect from Subaru.

Mind you, that’s when it’s in maximum attack mode. For more sedate and economy-minded driving, we’ll have to wait a little while yet. UK right-hand-drive production will begin in March, with first deliveries a couple of months after.

Just like to say it's nice to read a well thought out and argued comment !
LP in Brighton 17 February 2020

I can't see the benefit of combining Subaru's CVT transmission with mild hybrid assistance. Belt drive CVTs have quite mechanical losses, so at best the battery assistance offsets some of this. Then there's the flat four engine (effectively two parallel twins sharing a common crankase) which is expensive to make while only offering marginal benefits of smoothness and lower centre of gravity. Finally the whole package is wrapped in a body that looks pretty much like a Ford Focus or Vauxhall Astra, so the only real usp is the 4WD system.

I've nothing against hybrids or CVTs in principle, so I can't see why Subaru didn't simply adopt Toyota's much better HSD system complete with its low-loss geared CVT drive, Atkinson cycle engine and much more powerful electric assist.

Then it would be a Subaru

What’s the point in that? Just buy the Toyota in the first place.