BACK TO ALL NEWS
Currently reading: Stellantis CEO promises highly distinct EVs from all 14 brands
UP NEXT
Alfa Romeo aims to double production with new image

Stellantis CEO Carlos Tavares has said it will be "easy" for each of the company's 14 brands to bring to market fully differentiated EVs with the four vehicle platforms and three software architectures at their disposal.

Speaking to reporters ahead of a wide-reaching Stellantis strategy announcement later today, Tavares said that one of the the company's greatest strength is that it can share "common engineering assets" between brands, thereby boosting development efficiencies by 30% compared with rival firms.

He added that Stellantis takes a universal approach to platform development, saying: "We don't put any pride in saying that 'this platform has been developed in this country by this team'. We think that's obsolete."

Stellantis will usher in a new family of EV platforms from late 2023 under the STLA banner - one for small cars like the Vauxhall Corsa supermini, one for medium-sized premium cars like the Peugeot 508, a larger one for "AWD performance and American muscle" cars and one for commercial vehicles.

Alongside that platform roll-out, Stellantis is working on three new AI-powered software platforms for use across its model range portfolio. It has claimed that these will generate as much as €4 billion (£3.3bn) in additional revenue by 2026 and around €20bn (£16.5bn) by 2030 via 34 million "monetisable" cars.

The move towards much greater commonality across its 14 brands suggests that Stellantis will need to invest heavily in other means of differentiation in order to ensure that each brand maintains its own distinct positioning in the market.

Asked by Autocar if four platforms and three software platforms would be enough to achieve this, Tavares said: "By far. But you tell me; you're the judge. If the cars start looking alike, let me know."

He added that the shared elements between cars will be "things that customers don't see" and said they can be "customised" according to the principles and priorities of each brand. 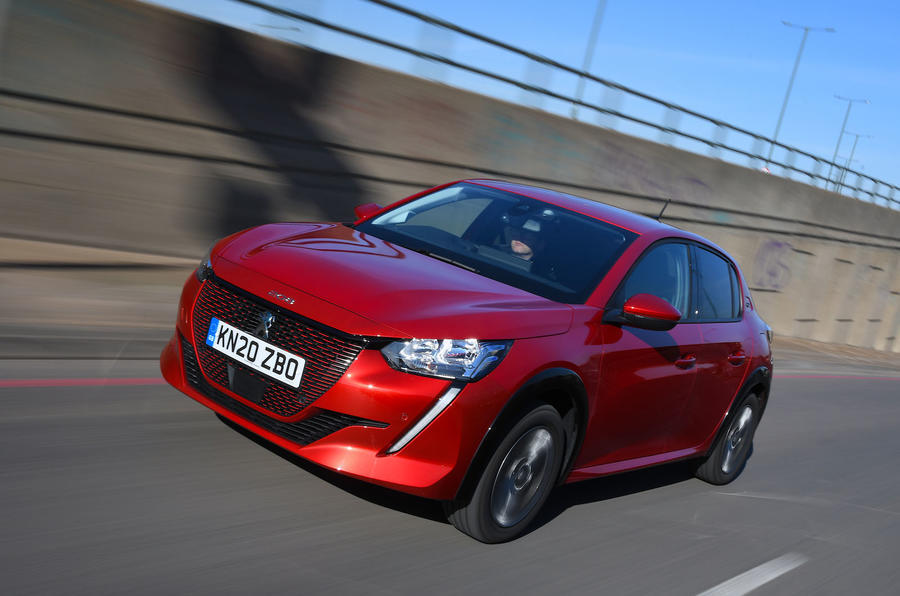 He suggested that any criticism of a lack of diversity in Stellantis's line-up would stem from the design side, rather than the engineering: "If there were to be a problem, I don't think it would come from the fact that we're sharing engineering assets. I think that it would come from a lack of imagination of the studio taking care of that brand."

Stellantis currently sells a raft of identically powered but differently positioned entry-level EVs atop the eCMP platform; several electrified mid-sized cars on the larger EMP2 platform; and various cars from different brands on platforms developed long before the merger of the PSA Group and FCA (for example, Alfa Romeo's Giorgio and the SCCS used by the ex-FCA brands).

The STLA family will essentially serve as a universal replacement for these platforms, meaning the successor to the Peugeot e-208 will share elements of its make-up with larger and more sporting EVs from Alfa Romeo, Dodge and Maserati, for example.

To give an indication of how these more specialised products will be differentiated, Tavares pointed to the first EV from Dodge, which is due to arrive in concept form this year.

"With Dodge, we're going to make e-muscle cars, and that's something you can't imagine," he said. "They presented to me what they're going to propose, and it's just shocking. So brilliant that it's shocking."

He added that Dodge engineers are "creating a sound you can't imagine", which will be "louder and more powerful" according to how the car is driven, hinting at a shift in priorities for performance cars when rapid acceleration becomes a more universal attribute among EVs.

Nope. Using "common engineering assets" makes cars less distinctive, not more. Always. The past 25+ years has proven that people will buy shared-platform cars (most people don't know or care), but it has also proven that it skewers diffferentiation among brands. Yes, it helps profits, but it does not make for more interesting and appealing cars. It's not just about what cars look like, it's about how they feel. The stuff you don't see greatly impacts how cars feel. Yes, they can do all sorts of things to make this commonality less obvious, but they cannot do nearly enough to truly preserve the distinct characters of different brands/marques. Oh, and about the Dodge concept EV "creating a sound" - YUCK. Fake sound (shamefully being used with many ICE cars too) is abhorrent. If I want fakery, I'll play video games.