The Society of Motor Manufacturers and Traders (SMMT) has warned that increasing reliance on exports requires a "seamless relationship" between the UK and Europe, as exports grew 1.5% to a record 119,252 units in January.

UK manufacturing remained stable at 147,481 units, with just 72 fewer cars produced in January compared with the same month last year. However, domestic demand fell 6% to 28,229 during the month from 30,027 in January 2017 - the sixth consecutive slip in domestic demand but slightly less severe than the 6.3% decline across total UK new car registrations.

SMMT chief executive Mike Hawes said: “While it is good to see global appetite for British-built cars reach record levels in January, this only reinforces the industry’s increasing reliance on overseas demand. Future growth will therefore depend on maintaining our current open trade links not just with Europe but with key international markets.”

The UK car market has been declining steadily for a number of months, with consumer uncertainty amid ongoing Brexit negotiations and a sharp decline in diesel purchases blamed for the falling registration figures.

The production figure is promising, though, being just 0.05% lower than January 2017, the highest month of car production since records began.

A knock-on effect of the diesel slump has been rising average CO2 emissions across new cars - the 0.8% growth over January 2017 to 121g/km is the first increase since records began, according to SMMT figures.

“A transitional deal will be an important first step but, in the long term, a seamless relationship between the UK and Europe must be maintained. The EU remains the third largest new car market in the world and, given it is on our doorstep, it is not surprising it accounts for more than half of our global exports,” said Hawes.

The UK automotive manufacturing industry employs 169,000 people, accounting for 13% of the UK’s total exports and contributing more than £21.5 billion to the UK economy. 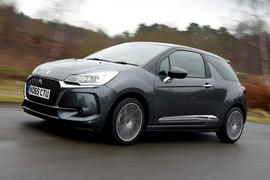 If the PM doesn't gety a deal

If the PM doesn't gety a deal our car industry is stuffed. German car makers won't give a hoot whether or not there is a 10% trade barrier into the UK and a 10% barrier into the EU. They know that the likes of JLR will struggle to survive without a deal. That's one less competitor to worry about. Think I'm exaggertating? Go ask Tata Motors about a regulatory audit filing which said just this in the US. BMW and co may actually want Brexit! The EU knows are negotiating position is very weak and are sitting us out and not just in automitive but in Nuclear power, aviation, pharma, agriculture, etc. Still we will have a strong fishing industry to feed us.

What nuclear industry, we were leaders then we joined the EU afterwich we had to go to the French and Chinesse.   Agriculture oh yea that really is going to be taken away and left to the French with their subsides oh hold on were did get those sudsides come from?

20 months later and the UK

20 months later and the UK has made near-zero progress on Brexit. It’s a shambles.

Time to call it off.

20 months later and the UK has made near-zero progress on Brexit. It’s a shambles.

Time to call it off.

David Cameron told us that the outcome of the referendum would be final. He stated that there wouldn't be another negotiation or another referendum.

Why can't you respect the outcome of a democratic referendum?

Mr Hawes knows very well the issue is the collapse of diesel sales.

The reason why production has been maintained is because manufacturers are simply dumping new cars in the used market with very low mileages, via self registrations, demonstrators and car hire fleets etc

There is evidence that the same practice is occurring in Europe and elsewhere.