BACK TO ALL NEWS
Currently reading: Smart charging could lead to an electric vehicle fuel tax
UP NEXT
Toyota bZ4X deliveries still on hold after wheel detachment concerns

Smart charging could lead to an electric vehicle fuel tax

Smart tech is mandatory on government-funded chargers from next year, and it could pave the way for taxing electricity
Close

From July 2019, all government-funded charging points must use smart technology allowing remote access by electricity suppliers over the internet.

The new law is intended to pave the way for a mass rollout of electric vehicles (EVs) by ensuring local distribution networks can cope with demand at peak periods – but it could have a sting in its tail.

The new technology could also provide a mechanism to levy a fuel tax on electricity specifically used to charge EVs. Once a critical mass of EVs arrives on Britain’s roads, the Government will be forced to find a way to replace the £27.2 billion per year it stands to lose in fuel duty today.

The new regulation, announced on 14 December, enables one of the clauses in the new Electric and Autonomous Vehicles Act 2018. It states that all government-funded charging points should be capable of being remotely accessed and receiving, interpreting and reacting to a signal.

In that way, distribution companies can reduce the output or even delay charging for a couple of hours at peak periods to ensure the local network can cope as EV numbers escalate. Users have the option of overriding the smart function if they need the car in a hurry, however. 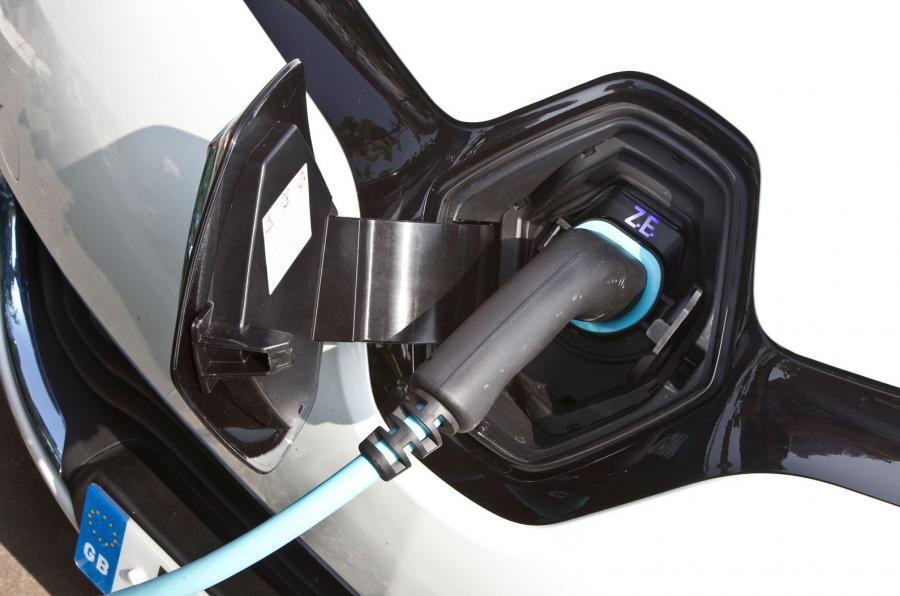 Because the smart charger knows how much and when electricity is being delivered to an EV, it could also become a mechanism to levy an additional fuel duty tax on the proportion of electricity used by the household to charge an EV.

James McKemey, head of the Insights Team at smart charging point supplier Pod Point, agrees that the technology provides a method of independently metering the amount of energy used to charge EVs. “It’s achievable," he says, "but it would still be pretty complicated, because the information would come from hugely distributed places.”

However, McKemey concedes that taxing of en-route public rapid charging would be relatively simple. Other difficulties would include plugging loopholes, such as the use of slow, 13-amp charging cables and the fact that thousands of basic charging points, which aren't capable of smart charging, have already been installed.

McKemey goes on to say that government bodies he talks to are leaning more towards the idea of road pricing. Fuel duty is effectively an emissions tax, but EVs create no tailpipe emissions.

“It [road pricing] gives you other opportunities," McKemey says, "and with ANPR cameras all over the road network becomes more feasible.

"If you move your system away from taxing emissions, you can, for example, choose to incentivise road use and where. It gives you a tool to penalise congestion to an extent. That’s one of the reasons they’re keen on it.”

Figures support the idea. According to McKemey, UK motorists cover 323.7 billion miles here annually. Total fuel revenue today is £27.2 billion, so the equivalent would be 8.4p per mile if the tax were evenly spread.  “You’d rather not be paying it, but it’s not Draconian,” he adds.

A Treasury spokesperson said, “We currently have no plans to levy a new tax on charging points for Electric Vehicles. We keep all taxes under review and any changes to the tax system would be announced at the Budget and consulted on thoroughly in the usual way.”

Although the grant for plug-in hybrids has been discontinued and that for EVs cut by £1000, the Electric Vehicle Homecharge Scheme grants to install charge points are being maintained at their current level of £500.

More than 100,000 government-supported home charging points have already been installed, although only a proportion are smart.

EVs could put fuel duty system on the rocks

Surge in popularity of used EVs and hybrids in new figures

My guess is it will have to

My guess is it will have to be road charging, there will be a legal requirement for all vehicles to have a GPS Black box fitted that reports back via the mobile network on your usage, and probably where you have been and when, because people will query some charges. Its nothing new, some companies fit these already existing devices to their employees company vehicles for business mileage claim verification, and have saved vast sums by not paying out bogus 'business miles' claims. Of course it won't take long for some people to work out how to trick, disable or jam them.As usual the law abiding masses will pick up the shortfall with extra payments to cover the loss from the dodgers, like insurance does now.A new power will be for Police to have technology to scan passing cars for an active official black box device, perhaps doing an automated test communcation with the device as you pass, your car fails you get pulled over.

No pasaran is right

No pasaran is right.  Of course energy consumption, in any form, is going to be taxed.  Why?  Because it has to be.  There are many ways to gauge how civilised a country is, and they include how we educate children, how we take care of the sick and how we take care of the elderly.  If you think all of this can be left safely in the hands of a profit-motivated private sector you are a fool.  It all needs funding, along with everything from defence to street lighting.  How you do it is of course open to discussion, but it's too easy to blame governments without offering solutions.  Hell, even the simply vast cost of the US military (a handsome multiple of the NHS budget) is socialised.

taxes have to be paid but why not just increase income tax. That is a fair and progressive tax. Instead they tax all sorts of other things which are unfair and regressive.

Birmingham is facing the exact same zone on 1st January 2020. No help for anyone.
View all comments (15)