BACK TO ALL NEWS
Currently reading: Rolls-Royce Dawn and Wraith axed ahead of Spectre launch
UP NEXT
How Max Chilton and the McMurtry Speirling conquered Goodwood

Rolls-Royce Dawn and Wraith axed ahead of Spectre launch

The Rolls-Royce Dawn and Rolls-Royce Wraith will exit production in 2023 and are already no longer available to order, company boss Torsten Müller-Ötvös has confirmed.

Both cars, the Dawn a two-door convertible and the Wraith a two-door coupé, have reached the end of their scheduled production runs and will not be directly replaced as the firm instead focuses its self-funded resources on the development of the Spectre two-door electric coupé, which is due in the fourth quarter of 2023.

Müller-Ötvös said that orders for the two-door pair had now closed for all markets having previously been taken off sale for the US, yet the nature of the firm’s orders and waiting list mean that it would be early 2023 before the final Wraith and Dawn models rolled off its Goodwood production line.

While not a direct replacement for the Wraith, the Spectre would play the role of a coupé in the company’s range from now on, said Müller-Ötvös.

Rolls-Royce insiders say the firm could have made an all-electric version of one of its existing models for its first EV, but it was important that such a car had an identity all of its own and offered something unique to the Rolls range rather than being a powertrain option of an existing car. 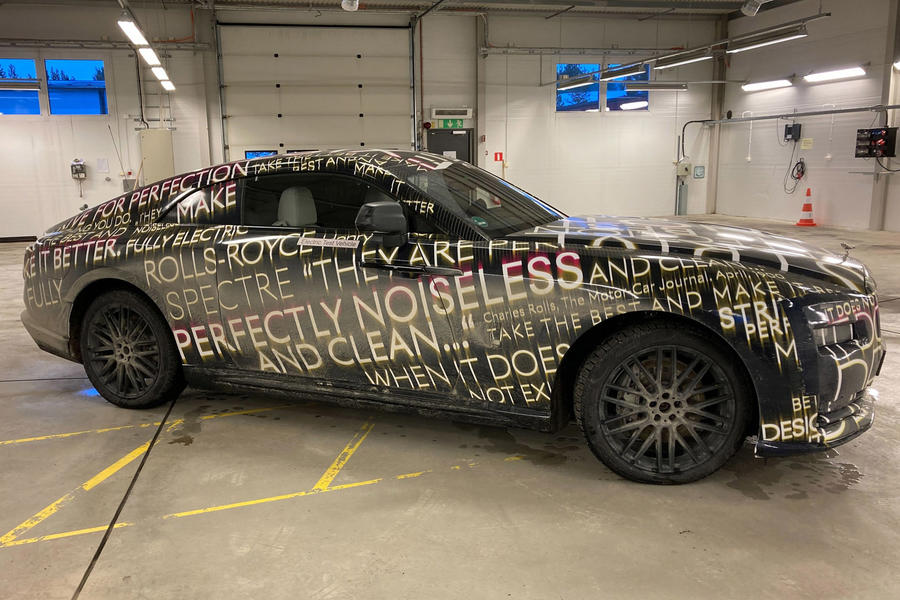 Indeed, Rolls instead views the Spectre as a belated successor to the coupé version of the seventh-generation Rolls-Royce Phantom, with the pair sharing a similar footprint and the Spectre therefore having its own distinct positioning within the Rolls range.

On more day-to-day matters, Müller-Ötvös said that the firm would be able to divert production of its models due to go to Russia to other markets before the block on exports to the country. Remarkably, he added that the wiring harnesses Rolls sources for its engines from a factory in the west of Ukraine had already restarted production having initially had to stop after the Russian invasion, and as such production was unaffected.

I think RR are to be commended for trying so hard to be green. Almost every aspect of their car is high on the unsustainability lists, and their client list surely don't qualify among the planets most carbon neutral tribes. Yet they do what we all are aiming to do, be less CO2 creating tomorrow than we are today.

All movement on earth requires energy, both to initiate it and then to sustain it. Even walking requires extra calories in the form of extra food. Something high on the carbon usage scale to get into our homes. Getting all on the planet to take the actions needed to sustain the planet is going to take a huge complex effort by us all. Let's not throw rocks at any who are making efforts in their own area.

"Perfectly noiseless clean" they say on the side of the Spectre. I don't think so, those big tyres will kick up plenty of noise, as big tyres always do and, it will only be as clean as the source of the electricty powering it.