BACK TO ALL NEWS
Currently reading: Project Kahn unveils Land Rover Defender Vesuvius Edition
UP NEXT
EV chassis could provide a lifeline for niche car makers

Created by the company’s Project Kahn tuning arm, the Defender Vesuvius Edition is available to order now from £66,999 (roughly £20,000 more than the cheapest standard Defender) and aimed at drivers seeking more individuality.

It’s marked out from the standard car by a number of bespoke design elements. As standard, the exterior is metallic black with orange detailing, but these colours are customisable by customers.

Inside, the altered Defender sports black seats complemented with orange armrests, doorcards. However, as with the exterior, these colours can be changed to order, so customers could model the interior on, for example, their “favourite cashmere scarf”, said Kahn. 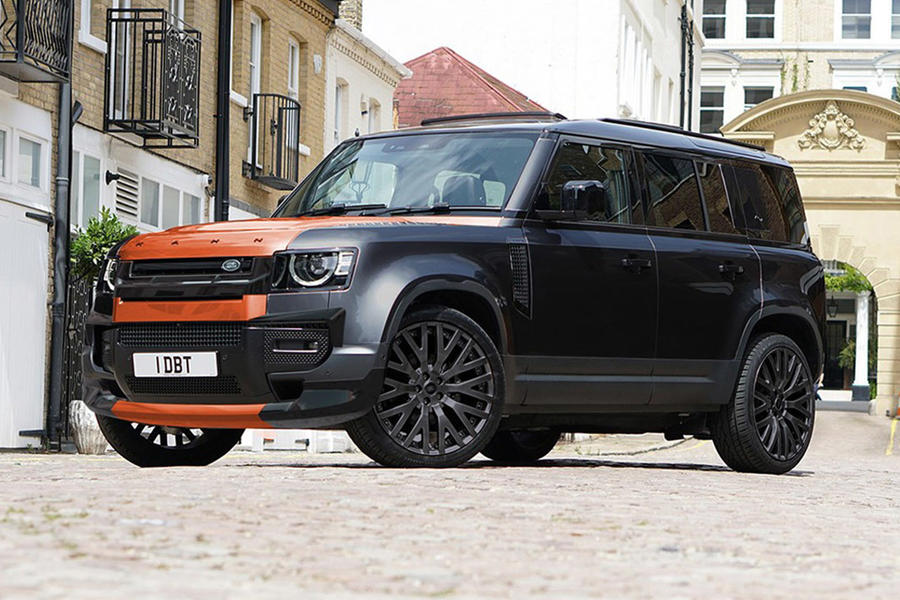 The Defender Vesuvius Edition is available with the top-rung P300 petrol engine used by the standard Defender, which delivers 296bhp to all four wheels via an eight-speed automatic gearbox.

The Vesuvius Edition launch car's 1 DBT numberplate can be retained by one customer for an additional £23,000.

Nissan called, they want their Cube back.

I followed the link and gave you all my passwords as requested for the ID check. I'm now looking forward to my $2,500 USD a week.... Come on Autocar, I can't use quotes in a post but you let this drivel through your spam filter?

I followed the link and gave you all my passwords as requested for the ID check. I'm now looking forward to my $2,500 USD a week.... Come on Autocar, I can't use quotes in a post but you let this drivel through your spam filter?

The above gives the website address. Is the Autocar spam filter so stupid that it can't even recognize w w w ?

It's ironic that while this

It's ironic that while this Alice thing got through and appears in many threads, my above comment had been banned until I put spacing between w w w

In the words of Raphael: Exactamundo. Love it!