The Project Kahn Range Rover Sport SVR Pace Car is a bespoke version of Land Rover’s 542bhp V8 SUV that can be built to custom specification by the Bradford-based design house.

The pictured car is a complete example that has new trim and design features without infringing on Land Rover’s manufacturer warranty. It's on sale now, priced from £124,999.

It has light blue trim that lines the front bumper, grille and side gills, while the whole body of the car is coated in a paint colour called Volcanic Rock Satin. 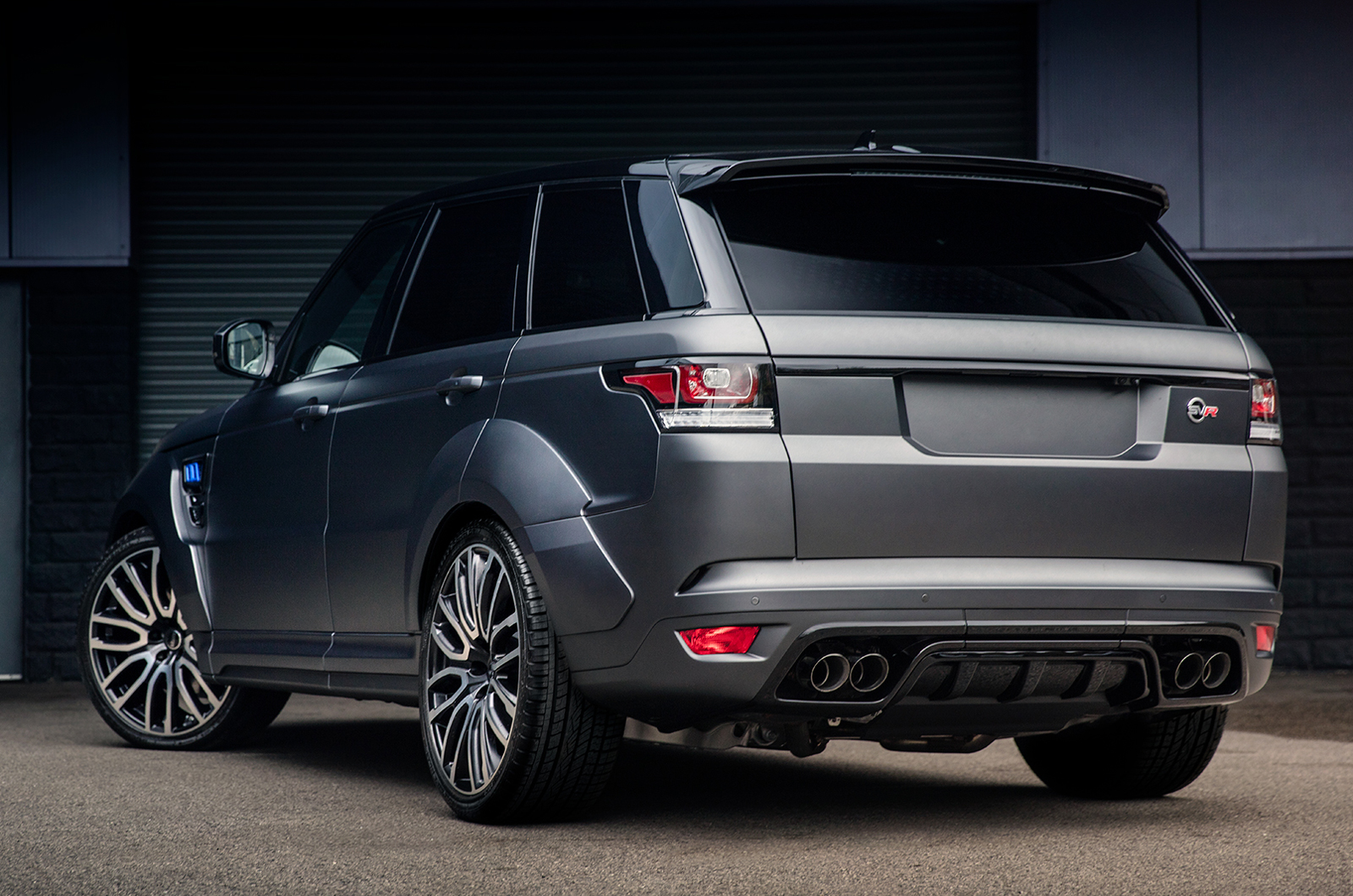 There are also wider wheel arches that been fitted to front and rear to accommodate 23in alloy wheels.

Inside, there are new seats with quilted perforated leather, while the dashboard gains black leather trim that also lines the doors.

Project Kahn is keen to stress that its new car, which costs £27,219 more than the regular Range Rover Sport SVR, is not just rarer than a regular model, but also offers stronger residual values. 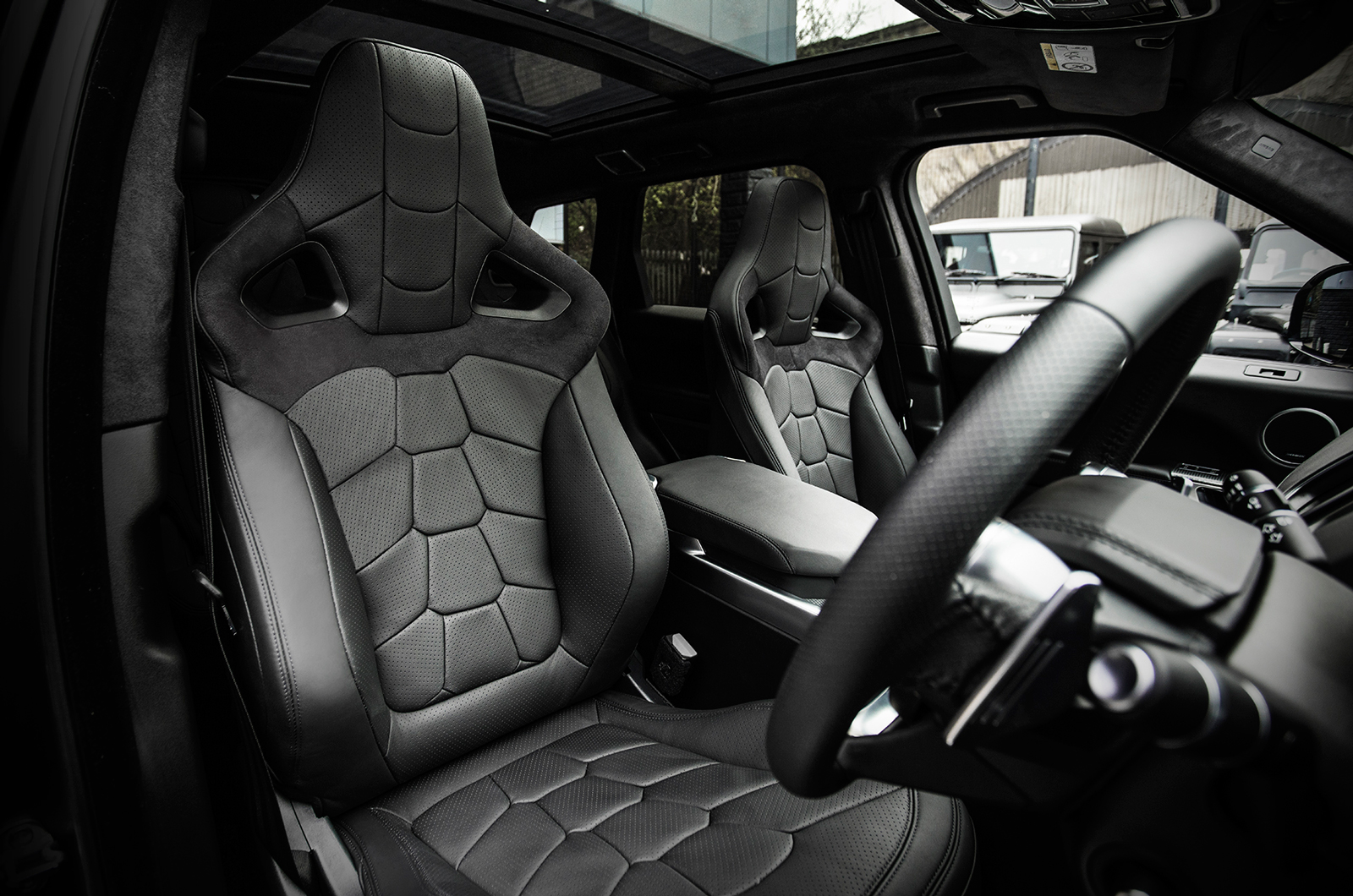 Kahn, whose company began redesigning cars in 2003, said: “If you look at what the manufacturers are doing now, we were doing that 10 years ago. The [customisation options] they’re offering now are exactly what we were doing back in the 2000s.”

Kahn believes his company’s role is therefore to push the boundaries of design where manufacturers might not immediately want to go. But, as this new model shows, it aims to retain Land Rover’s original design philosophy in its cars.

“Unlike some other design houses we make sure we keep to the original Land Rover look and just add to it,” continued Kahn. “I think brands like us are good for Land Rover, because we bring in new customers."

28 April 2017
Premiership footballers and their wives, will be forming a disorderly queue.

30 April 2017
Not been Premiership for many years now, that's Rugby and Scottish Football.

Get Edd China to fix it!

28 April 2017
I'm reminded of an episode of Wheeler Dealers where someone had modified their Range Rover Sport with hideous additions, including an anti-skid paint job, and it took all of Edd's skills to fix and right the car! They did a terrific job of restoring the car, so perhaps someone could employ them to fix Khan's cars?

Still the best kit around!

28 April 2017
Maybe not everyone's taste but this kit is far better than anything else on the market! (And they're British!)

Kahn have been designing kits in Britian for a very long time, they know how to improve a vehicle's aesthetics. The SVR is a ludicrous car in the first place, Kahn have improved this insanity, refining the side vents and putting superb wheels on it. Im a Range Rover fan and this is a clear improvement on the original.

28 April 2017
I thought Gerry McGovern had vowed to destroy anyone who dared mess with his designs? Why has he not popped up and threatened to put Kahn out of business?

If there was some sort of warranty claim related to suspension or steering by bolting on those wheels I'd expect the owner to get laughed out of the dealership.