The UK-based Chelsea Truck Company has revealed an upgraded and restyled version of the new Defender 110 as the latest in a long line of modified Land Rovers from its Project Kahn tuning arm.

Called the Defender 110 Chelsea Truck Company First Edition, the new creation is priced at £69,999 – around £10,000 more than a factory-spec Defender First Edition – and features bespoke styling elements aimed at appealing “to the younger Land Rover-centric demographic”, according to the firm.

Painted in Santorini Black as standard, the Chelsea Truck Company version sits atop a set of 22in RS forged alloy wheels and has tinted windows all round, while there are new exterior trim elements – including the front grille, sump guard, rear bumper and lower door guards. 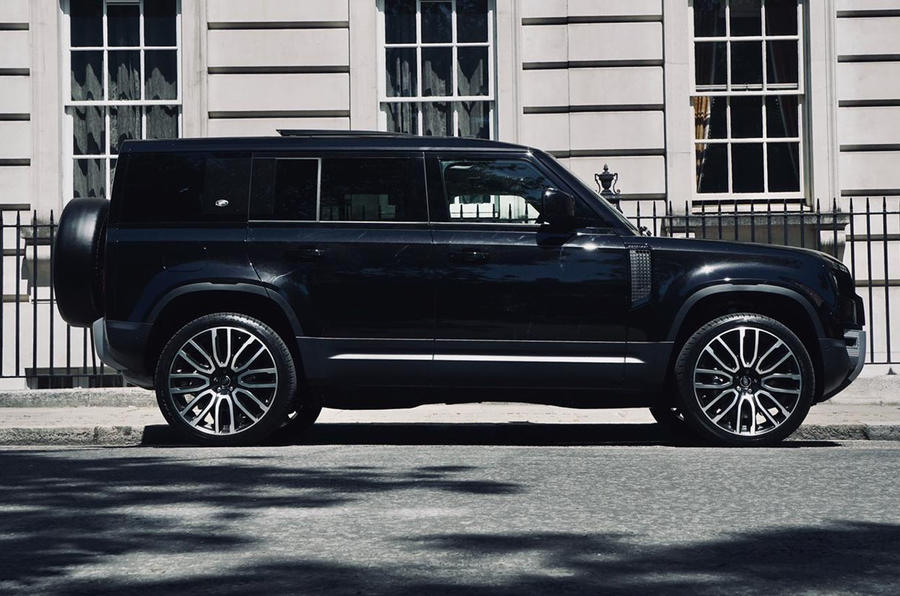 The First Edition commands a roughly £17,000 premium over the 2020 Defender 110 240D SE on which it is based. Mechanical components are shared between the two, meaning the Chelsea Truck Company car packs 237bhp and 317lb ft from a 2.0-litre four-cylinder turbo diesel, sends its power to all four wheels through an eight-speed automatic gearbox and weighs around 2.25 tonnes.

Orders are now being taken through Project Kahn’s website, with a “comprehensive styling package” for the new Defender due to be unveiled shortly.

Not that great a fan of the new Defender much, but the Chelsea Tractor Company hasn't added anything to the model at  all,the company's version of the Jeep Wrangler  wasn't up to much either!

I have seen worse, this is understated, if l liked cars like this, this would be my choice.