BACK TO ALL NEWS
Currently reading: Opel Manta A: 1970s coupe reborn as one-off retro EV
UP NEXT
New 2023 Porsche 911 GT3 RS is "most track-focused" ever

The Opel Manta A, one of the defining sports coupés of the 1970s, has been reborn by its maker as a tech-rich resto-mod with an all-electric powertrain.

The rear-driven two-door, now called the Manta GSe Elektromod, has been electrified and updated to show the brand's "commitment to emissions-free mobility for a very desirable, sustainable future," according to CEO Michael Lohscheller. 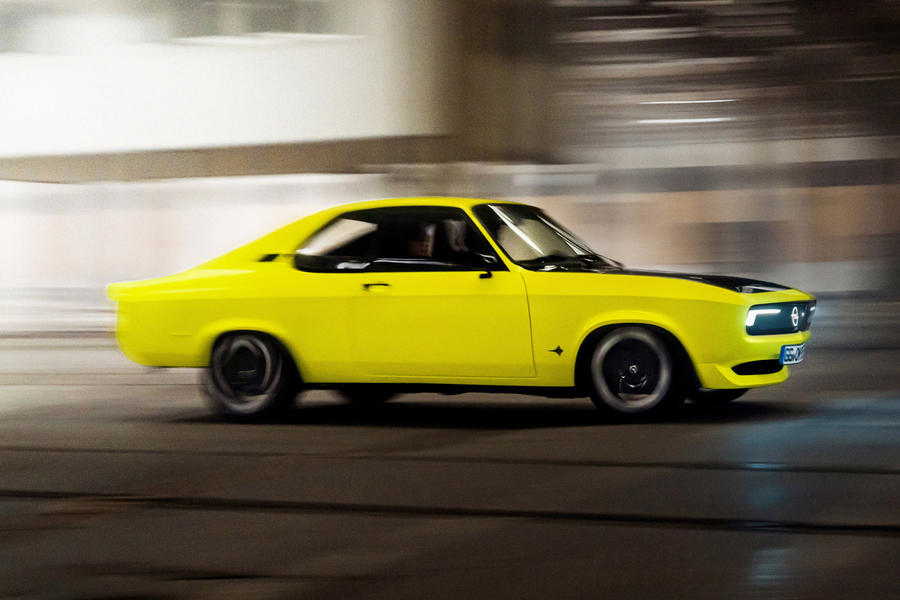 The original car's petrol four-cylinder has been swapped out for an electric motor producing 145bhp and 188lb ft, making it not only more powerful than any original-specification Manta A, but also the most powerful battery-electric car in Opel's stable.

A 31kWh battery pack, smaller than that found in the Vauxhall Corsa-e and Mokka-E, offers a claimed range of 124 miles, and like its production counterparts can be charged via regenerative braking - though a four-hour top-up is possible courtesy of a 9.0kW inbuilt charger.

Most notable is that the Manta still sends its power to the rear axle through a manual gearbox, unlike any EV currently in series production. Drivers have "the choice of manually shifting the original four-speed gearbox or simply engaging fourth gear and then driving automatically". 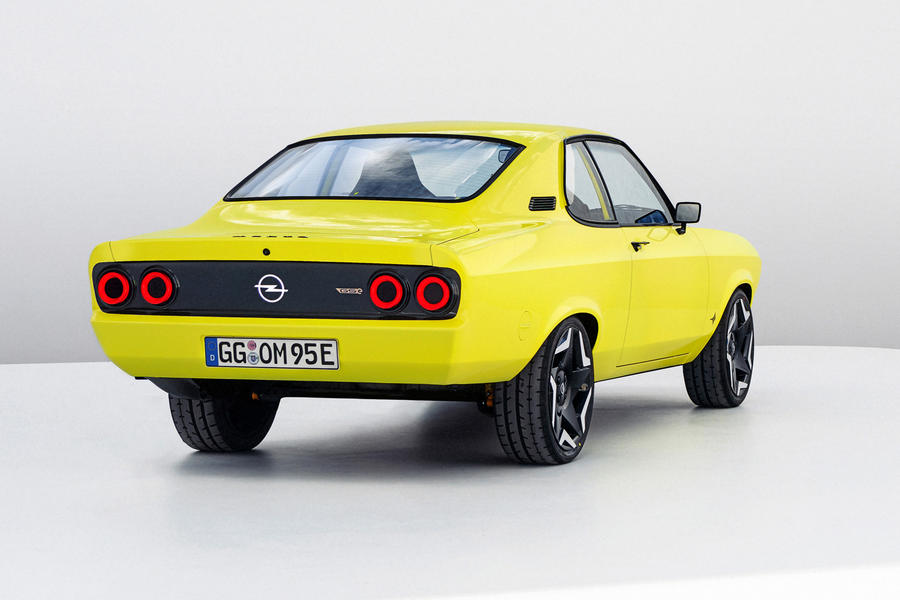 In accordance with its heavily modernised underpinnings, the Manta has been subjected to a makeover that nods to its heritage while bringing it up to date with Opel's current production models.

A version of the brand's 'Vizor' grille features, and incorporates an LED screen that displays various messages and motifs, while the conventional headlights, brake lights and daytime running lights have been swapped for sharper LED items.

The striking neon yellow paint matches Opel's new branding design, and is contrasted by a 1970s-style black bonnet. Ronal 17in alloy wheels replace the original 13in rims, and the chrome bumpers have been removed to replicate the look of Manta models upgraded by tuning and racing companies like Irmscher.

The interior leans heavily on current production cues, with the analogue clocks making way for a digital display and 10in touchscreen, while sports seats originally developed for the Adam S supermini have been installed. Retro cues, however, extend to a three-spoke steering wheel with a 12 o' clock marker, a period-correct gear shifter and a manual handbrake. 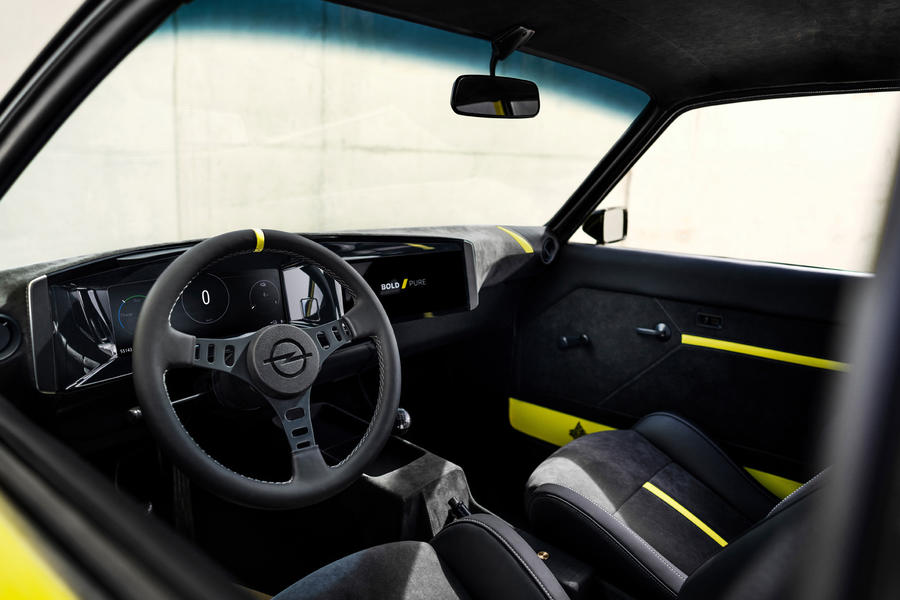 Opel has given no indication that it intends to put the Elektromod intro production, limited or otherwise, but could give a similar treatment to other historic models including the Nova, Firenza and GT.

A wise choice...one of the few classic cars that don't rust and tough as old boots.

What a brilliant item and a fantastic car.

I'd almost completely lost interest in new cars thanks to huge prices and a glut of corporate-look SUVs with huge over-the-top front grills designed to say "I'm aggressive, get out of my way".

If only manufacturers could start making great looking fun cars like this as production models. One of these or an electric modern take on a Ford Escort MK1 or Triumph Dolomite Sprint would have my money straight away.

lack  of power was always the minus in  A Manta aswell in   Opel GT when compared to best of those times.