BACK TO ALL NEWS
Currently reading: Nissan Qashqai e-Power introduces hybrid option to SUV
UP NEXT
2024 BMW X3 primed to take on Mercedes-Benz GLC

The Nissan Qashqai will gain a new e-Power hybrid option later this year, becoming the first model in Europe to be driven by the firm’s updated e-power technology.

The powertrain is an uprated version of that first used in the Nissan Note in 2017. It pairs a 153bhp 1.5-litre three-cylinder turbocharged petrol engine with a 185bhp electric motor.

Using technology first introduced by Nissan-owned premium brand Infiniti, the engine is able to optimise emissions and consumption in low-power scenarios or power the battery when more power is used.

Nissan says the powertrain provides “superior fuel efficiency and lower CO2 emissions” compared with a regular ICE car. According to the firm, drivers can expect a combined figure of 53mpg. 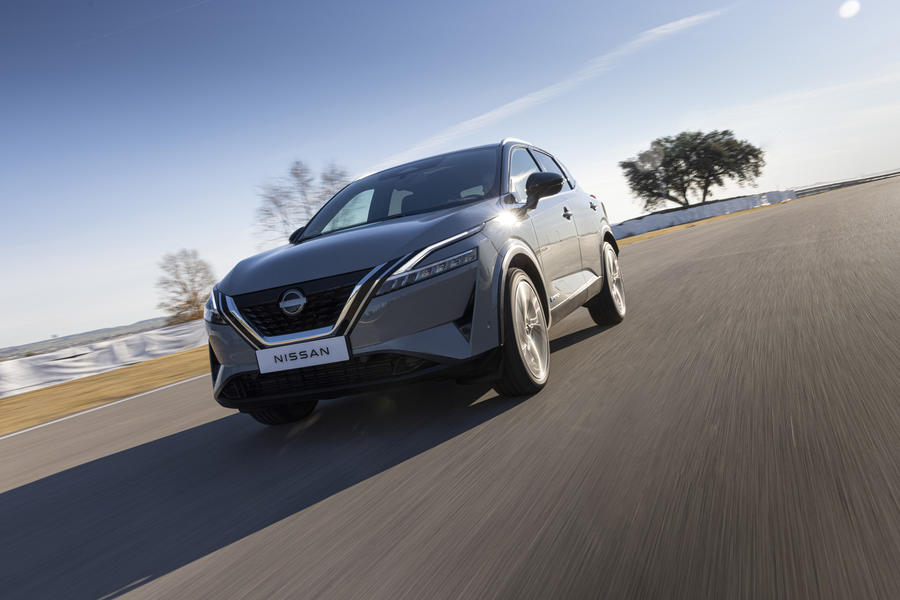 Nissan expects Qashqai e-Power drivers to spend almost three quarters of their time in urban or suburban areas. The car features a one-pedal driving system to accommodate this, which brakes at a force of 0.2g - enough to illuminate the brake lights. The car doesn’t stop completely but can recuperate energy under deceleration and braking.

“We’ve developed the e-Power system to run as efficiently, effectively and discreetly as possible in those circumstances,” said David Moss, senior vice-president of research and development at Nissan’s European technical centre. “But there's no compromise to the driving performance. Acceleration is instant, thanks to the pure-electric drive to the wheels, and there's no gearbox to interrupt the power delivery.”

The Qashqai will retain its 1.3-litre mild-hybrid petrol engine option alongside the new e-Power system, with two available power outputs of 136bhp and 153bhp.

Nissan hasn't yet revealed pricing information for the Qashqai e-Power but has confirmed that the powertrain will be introduced “late in the summer”.

Nissan refreshes its best-seller. Does this new-generation version regain the class lead?

The smaller Nissan Juke crossover will also gain boosted power and efficiency from a hybrid system in the summer, with a new engine that has resulted from Nissan's partnership with Renault.

The new Juke's powertrain is significantly more restrained than the Qashqai's, partnering a 92bhp 1.6-litre petrol engine with a 48bhp electric motor for a total of 140bhp. Nissan claims an economy figure of 54mpg, while CO2 emissions are capped at 118g/km.