BACK TO ALL NEWS
Currently reading: Next Mercedes-Benz GLS to gain S-Class autonomous tech
UP NEXT
Good sports: New BMW M2 CS vs Porsche and Alpine rivals

Mercedes-Benz has moved testing of its next GLS to the Nürburgring, where the heavyweight SUV is being put through its paces ahead of its anticipated public debut later this year.

Although heavily camouflaged, the successor to Mercedes’ current range-topping SUV can be seen sporting a design similar to that of the smaller and also recently spotted new GLE, which is also due later this year.

The GLS’s significantly larger scale is emphasised by its boxier rear section, although part of this is due to cladding applied to the development car to hide its design. 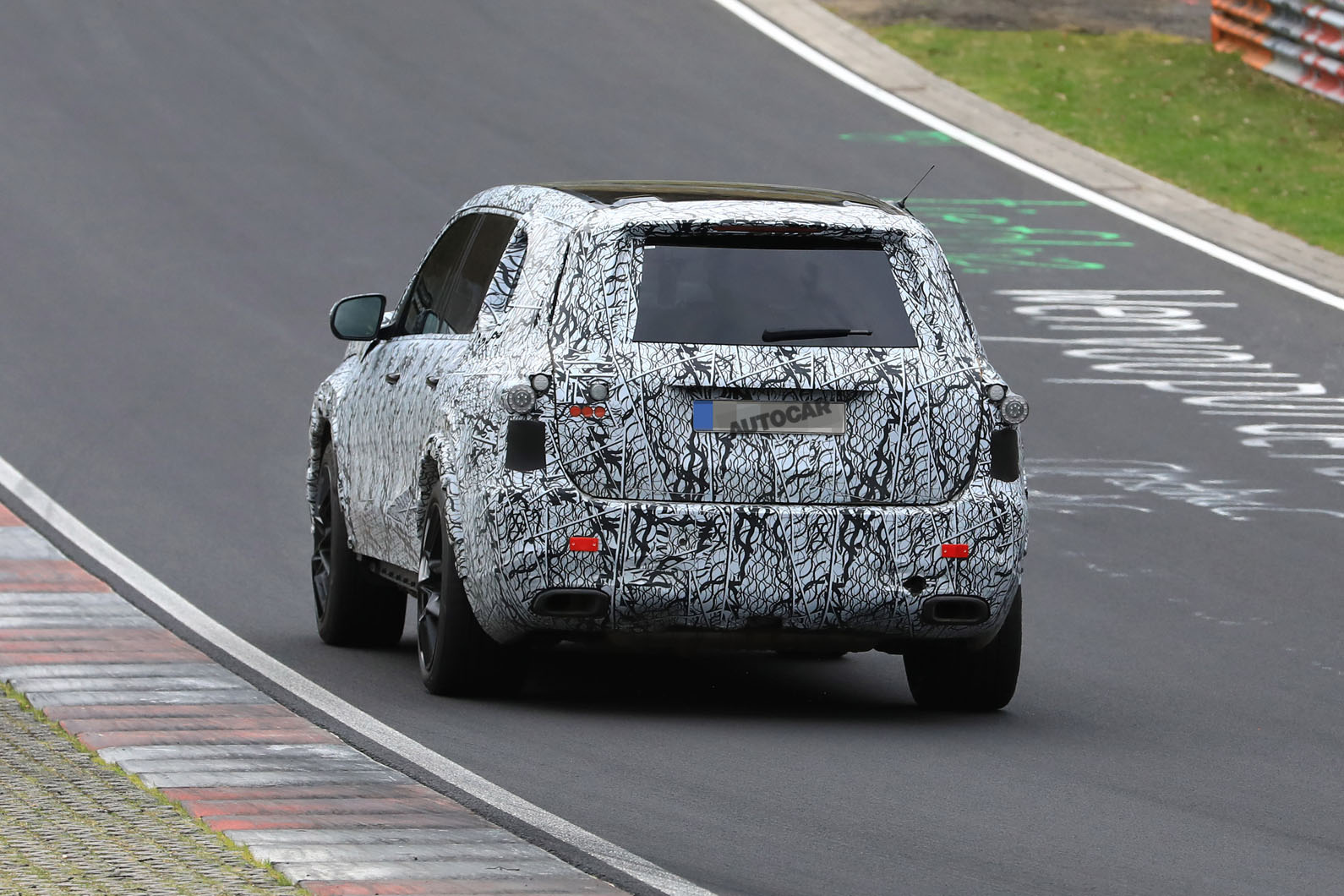 Like the current GLS, the next-gen car will share many parts with the S-Class luxury saloon, including its powertrains. The S-Class has six and eight-cylinder turbocharged petrol engines, a six-cylinder turbo diesel and a petrol-electric plug-in hybrid, so expect a similar line-up with the GLS.

An electrified powertrain will help to ensure the GLS can compete in regions with strict emissions limits and allow Mercedes to significantly cut CO2 for the model to help it survive into the next generation of CO2 limit enforcement, which comes into play from 2020.

Key to this will be a 48V electric system that uses an electric booster compressor and integrated starter generator to enable mild hybrid running in non plug-in models. 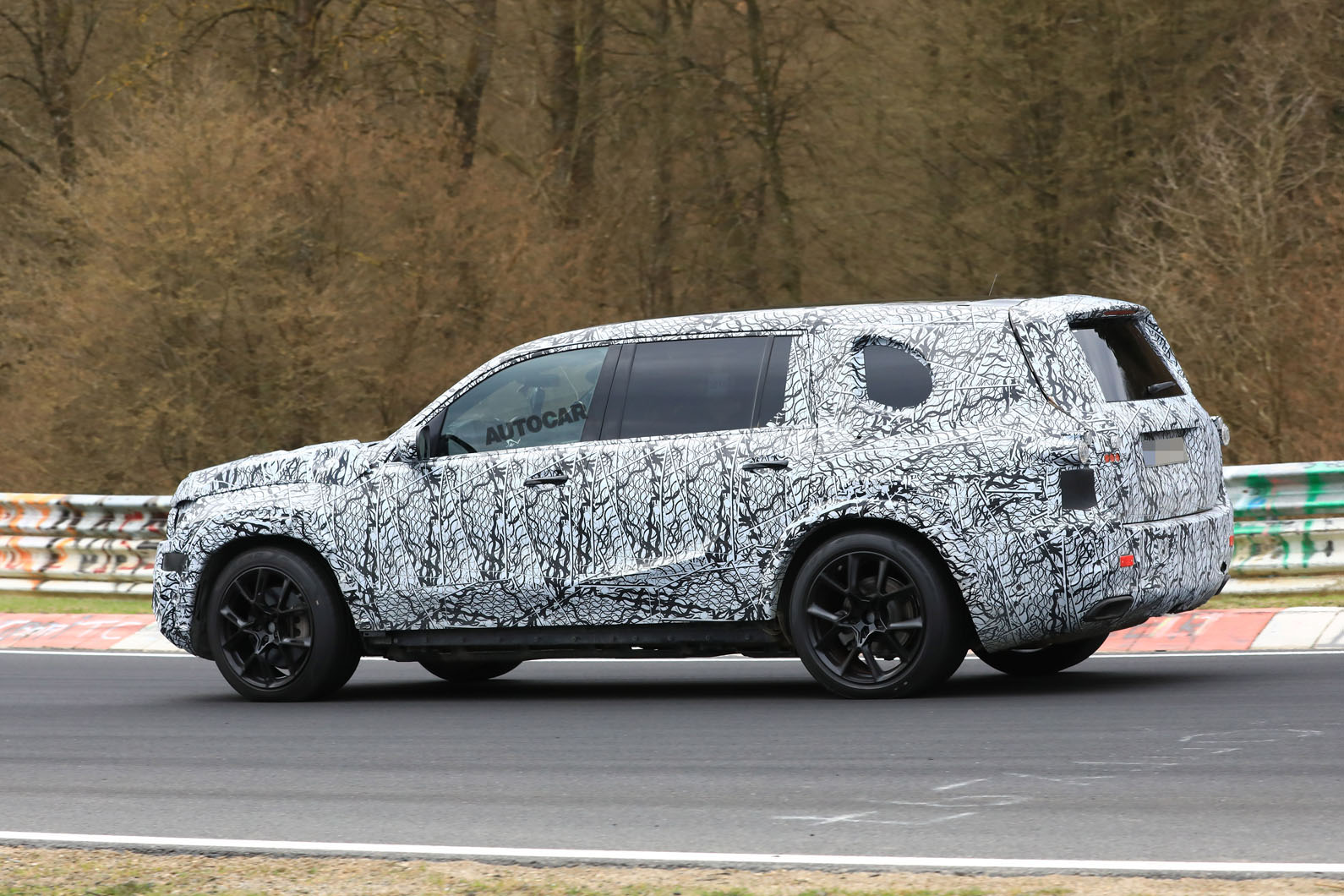 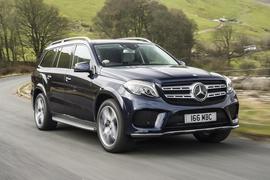 At the top of the range will be a GLS 63 with AMG’s twin-turbocharged 4.0-litre V8 powerplant, likely with the same 612bhp on offer as in the S63.

Much of the SUV’s in-car tech will also be carried across from the S-Class, including its highly advanced autonomous features. The 2017 S-Class introduced Mercedes’ latest Distronic Active Proximity Control and Active Steer Assist systems, which can automatically accelerate and brake the car within posted speed limits while providing autonomous steering for periods of up to 30 seconds.

I would pay for an option to

6 October 2017
I would pay for an option to delete all autonomous technology from a car.

7 October 2017
Would that include deleting the ABS and traction systems as of course real drivers don't need that? Also how about the engine management? A true driver manually adjusts their ignition timing via a lever. I've removed my airbag sensors too and have a large red switch which I reckon I can deploy quicker than the car in the event of a crash...

Would that include deleting the ABS and traction systems as of course real drivers don't need that? Also how about the engine management? A true driver manually adjusts their ignition timing via a lever. I've removed my airbag sensors too and have a large red switch which I reckon I can deploy quicker than the car in the event of a crash...

probably when u crash, you maybe holding the steering wheel not flicking a big red switch

So if as we are lead to believe the millenials are the only ones wanting "cool" self driving where's the intersection with a S class GLC owner that's a baby boomer ?