Next Audi S8 due with 535bhp Panamera Turbo V8

Audi is working on an S8 version of its flagship saloon that will be powered by the 535bhp V8 engine of the Panamera Turbo.

Caught testing at the Nürburgring, the A8 performance variant will use the latest turbocharged 4.0 TFSI engine to produce 22bhp more than its predecessor. It may not reach the 603bhp firepower on offer from the similarly luxurious Mercedes-AMG S63, but expect straight-line performance to be class-leading.

The previous version of the plush four-door already had the straight-line performance to worry hardened sports cars, hitting 62mph in 4.1sec. The new car could therefore slip beneath the four-second barrier. 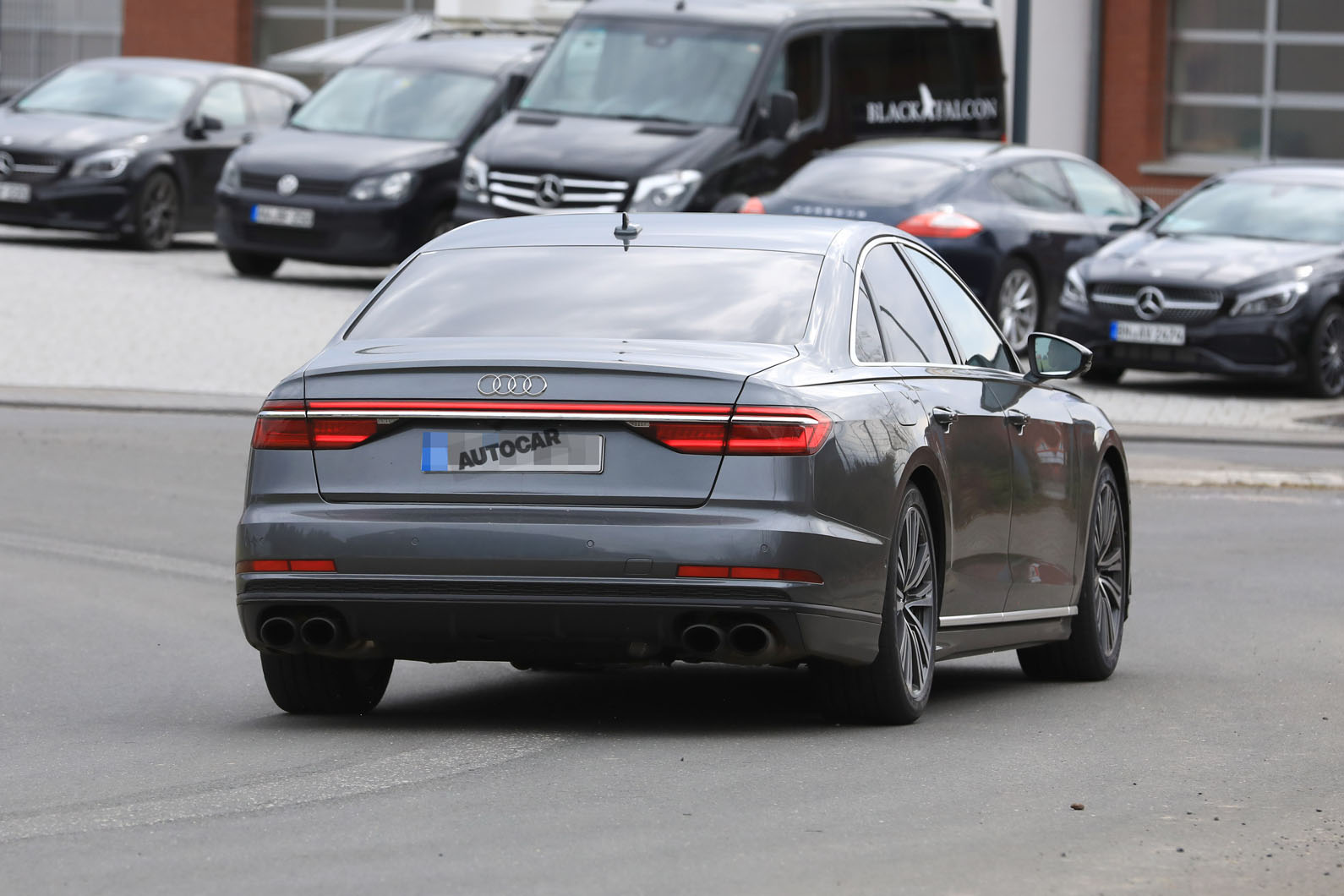 Such an improvement would be made possible thanks to the car’s power boost but also its lighter structure. The new A8’s structure is 58% aluminium, but it also has steel, magnesium and carbonfibre, which forms the basis of the rear bulkhead.

This helps save up to 95kg in the A8's structure, so a similar reduction in the S8 could help edge its kerbweight further below the two-tonne mark – no featherweight, but respectable for a car of this size (it’s 1945mm wide) and specification.

Like its forebears, the S8 will retain a conservative design that only hints at its performance enhancements with subtle extras. The photographed test car’s biggest giveaway to its true identity is its larger brake discs. But the final car is likely to get 21in wheels and tinted tail-lights as well. 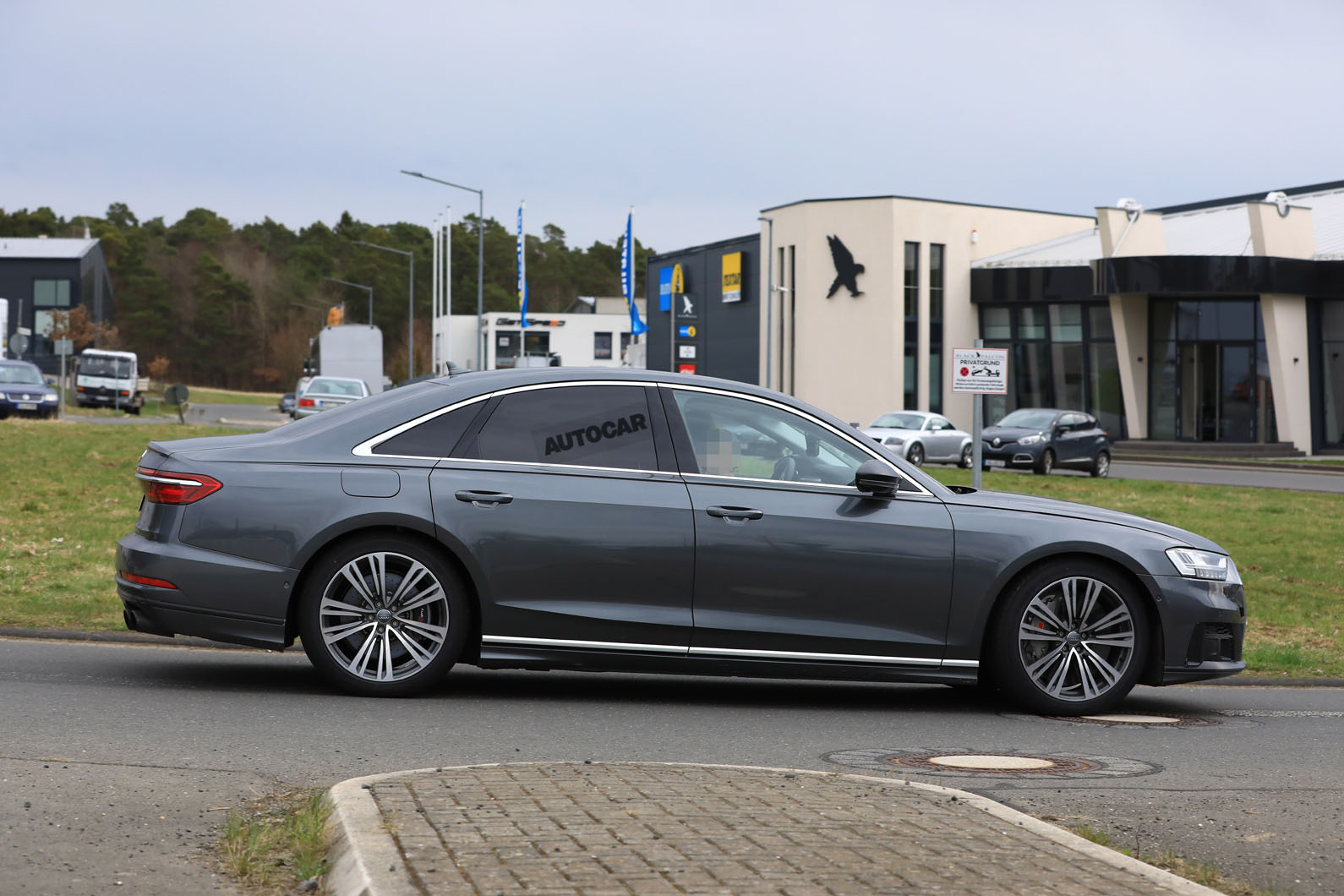 The S8’s tech list will largely resemble that of its regular sibling, which gets four-wheel steering to improve agility, fully active suspension that’s controlled by 48V electrical architecture and Level 3 autonomous driving technology that can take control of the steering, throttle and brakes.

Expect the high-tech cabin to gain sporting touches, such as bolstered seats with Alcantara fabric, but to retain a luxury feel above all else.

The previous version of the car cost from £83,925, but the new car is likely to push that figure up. It’s due to go on sale next year.

Ford to ditch Fiesta and saloons from US line-up

Straight out of Silence of the Lambs!

....how an owner of S8 launch control launches his S8 from each red light and hits that 4.1 sec. Hehe, what a joke. 0-60 for such stately cars is only relevant in the minds of journalists.

When it's this big and this

When it's this big and this expensive, I don't want blistering 0-60 times.  I want waft.  I want my body comforted, not my ego.