BACK TO ALL NEWS
Currently reading: New Toyota small car platform for 'engaging' next Yaris
UP NEXT
Grand touring: 1000 miles across Europe in the new Alpina B3

Toyota has begun the gradual build-up to the unveiling of its next-generation Yaris, due to be shown in 2020, by revealing the new platform that will underpin it.

The architecture, dubbed GA-B, is a development of the TNGA platform that underpins the bulk of Toyota’s European range, from the Prius and Corolla to the Camry and RAV4. The Japanese firm claims its focus is to “elevate the design and driving performance of small cars”.

Most significantly, though, the GA-B platform allows for variable wheelbase lengths, widths and heights, suggesting that Toyota will eventually expand its small car line-up beyond the Yaris with different bodystyles. Designers are said to have “the freedom to give each new model a distinctive and individual look” with the platform. 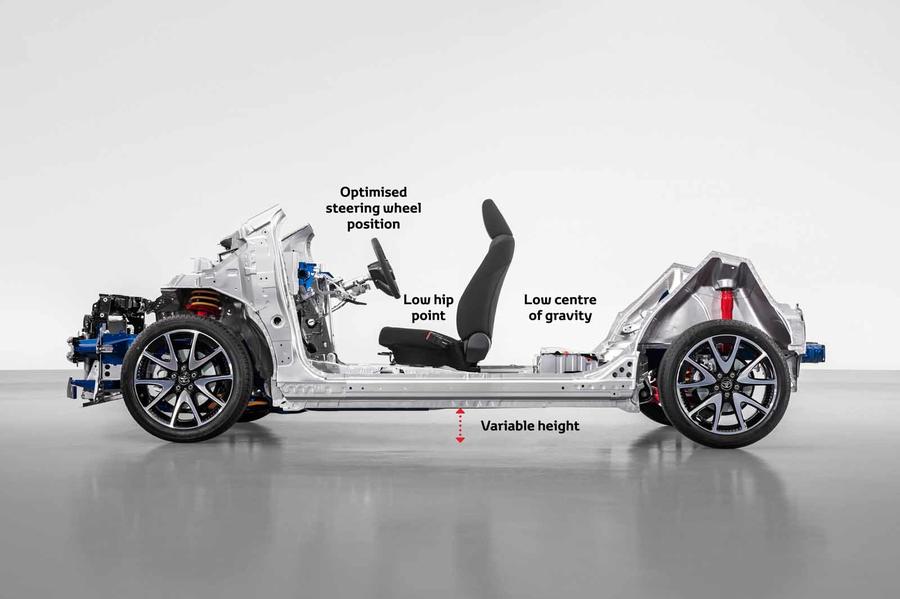 Toyota claims advanced structural build techniques give the GA-B a “highly rigid underbody”. It can accommodate different suspension layouts, including either torsion beam or multi-link suspension, hinting that more expensive models using the platform will benefit from a more advanced setup.

A further focus was in lowering the car’s centre of gravity, mounting the driver’s seat low and back towards the centre of the car for what Toyota claims is a “more engaging driving position”, with a steering wheel that can be set close to the driver.

There's also said to be “more scope to create vehicles that have a low height and wide stance”. That fits in with recent prototype testing shots of the new Yaris, which sports a wider and significantly lower body than the current model.

Nothing is official yet, but it’s expected that Toyota will look to expand into the B-segment crossover market after the Yaris arrives with a model sitting below the C-HR. Any further bodystyles remain a mystery, however.