BACK TO ALL NEWS
Currently reading: New Rolls-Royce Ghost Extended offers extra space and luxury
UP NEXT
2024 BMW X3 primed to take on Mercedes-Benz GLC

Rolls-Royce has launched an Extended version of its new Ghost luxury saloon, with additional space for rear passengers.

The new variant of the recently launched second-generation Ghost is developed for use as a chauffeured limousine, offering extra space and special features focused on the rear of the cabin. It will likely prove particularly popular in China, where there's high demand for extended-wheelbase saloons.

Rolls-Royce boss Torsten Müller-Otvös said the Ghost Extended was developed because the firm’s customers had asked for a version “that provides the indulgence of enhanced rear space within the rear suite with no compromise to driving dynamics”.

Rolls-Royce said that to maintain the Ghost’s ‘minimalist’ styling, its designers only extended the rear door and body around the openings, which ‘cloaked’ the extra length and helped to preserve the lines of the car. 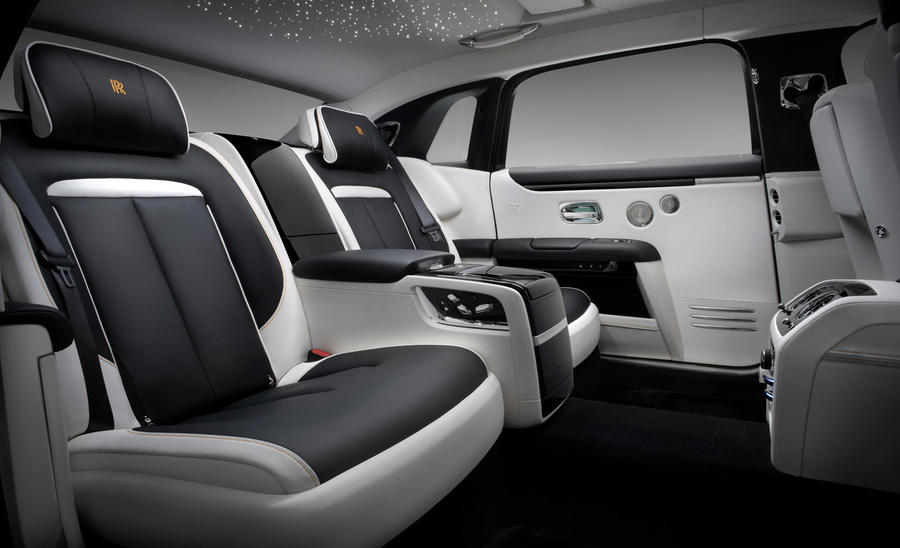 Inside, the extra rear cabin room of the Ghost Extended has allowed for a number of new features. Reclining ‘serenity seats’, which Rolls-Royce likes to those in a business jet, are optional.

Customer deliveries of the Ghost Extended are due to begin before the end of 2020. Rolls-Royce hasn't disclosed pricing details.

Why has this "luxury" vehicle got old fashioned door locks, like some 1980's Ford Cortina..

Still no pic of the car's

Still no pic of the car's profile, whether in short or long wheelbase form. Is there something to hide? Less than balanced proportions?

We've seen the shortwheelbase we've all said yeah it's good, don't start "rubbing our noses in it" with the "billionaire specials". There are a lot more people on this planet with serious money than there used to be, soon enough we are all going to pay for this type of thing because it is becoming commonplace.