The new Porsche 911 GT3 has gained a "more understated" Touring Package which brings toned-down styling and a six-speed manual gearbox.

As with the previous-generation 911 GT3 Touring, the new addition to the line-up is mechanically identical to the 503bhp standard GT3, revealed earlier this year, but with a number of key revisions aimed at drivers with "a pronounced passion for understatement and classic driving pleasure".

Equipped with the six-speed manual gearbox, the 911 GT3 Touring weighs 1418kg, or 1435kg with the optional seven-speed PDK automatic - the same as the standard GT3.

In typical Touring style, the huge fixed rear wing has been removed in favour of a concealed, automatically extending item, while bespoke styling cues include aluminium window trims, a colour-coded front splitter, a 'Touring' rear badge and tinted headlights. 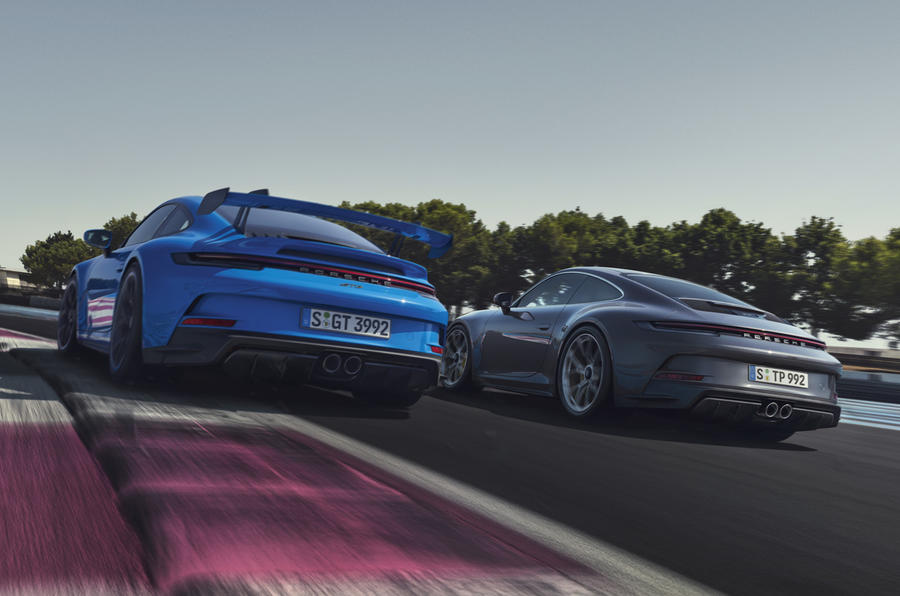 Inside, it's marked out by way of a unique leather finish for the seats, steering wheel, gearstick, centre console and armrests, as well as black aluminium tread plates and dashboard.

Prices match the standard GT3, starting from £127,820, and we can expect performance figures to remain roughly identical, too: 0-62mph in 3.4secs and a 199mph top speed.

How to configure the ultimate Porsche 911: all variants face off​

It's a nice looking Car,I even like the color, I'd take the manual because im used to it.

I wonder how many will be manual if the PDK is optional.

MarkII 16 June 2021
I'd have one of these in a heartbeat, if only supply wasn't restricted to the great and the good - pity.
View all comments (5)