BACK TO ALL NEWS
Currently reading: New Polestar 2 BST Edition 270 is hardcore sports EV with 469bhp
UP NEXT
Volkswagen unveils larger and more advanced new Amarok

Polestar is returning to its sporting roots with a hot new range-topping version of the 2 electric saloon.

First revealed as an experimental prototype at last year's Goodwood Festival of Speed, the new Polestar 2 BST Edition 270 is the Swedish brand's "most dynamic electric driver's car yet".

Aside from the obvious bespoke design elements, which clearly mark this out as the sportier car, the four-wheel-drive BST has been tuned to give total outputs of 469bhp and 502lb ft as standard - matching a recent power boost that was recently rolled out as an over-the-air upgrade for the standard 2, making it good for 0-62mph in 4.2 seconds.

On top of that, Polestar has lowered the ride height by 25mm and installed two-way adjustable Öhlins dampers, 20% stiffer springs and a new front strut bar in the name of improved handling. The bespoke 21in matt black wheels are wrapped in specially developed Pirelli P Zero tyres.

Power is still served up by a 78kWh battery under the floor, offering a range of around 292 miles. 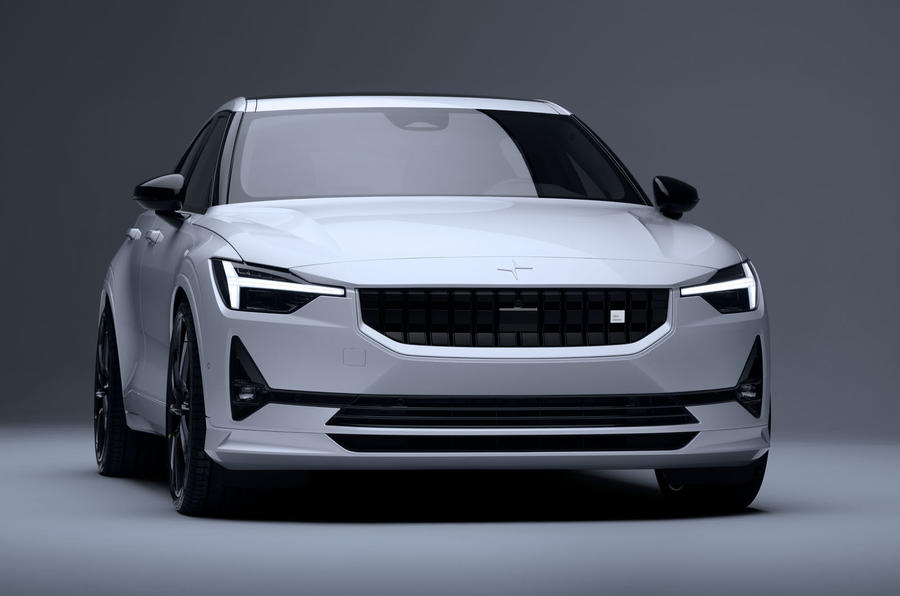 Available in either grey or white and with a 'Charcoal Weavetech' interior, the BST is decorated with a fully colour-coded body kit and an optional matte black racing stripe running front to back. Subtle gold detailing for the brake calipers, tyre valve caps and seatbelts harks back to the Polestar Engineered variants of certain Volvo models that the brand created before being hived off as a standalone entity.

The new special edition will enter production in mid-2022, ahead of deliveries getting under way in the final quarter of the year. As the name suggests, just 270 units will be produced, to be distributed exclusively in the US and Europe.

The firm's CEO Thomas Ingenlath said: “We had a great reaction to the specially modified Polestar 2 we showed at the Goodwood Festival of Speed in 2021 and the response made it clear – we should create a version like that for production."

Polestar has yet to confirm how many will come to the UK, and how much it will cost - but expect a price tag nudging £60,000, in line with its exclusive billing.

It looks fantastic. The standard model looks nice, but as if it is on tip-toes. This solves that. I hope they end up making this as a standard option as I cannot afford one yet.

Curious how there never been a track test with cars like this and other brands, it's all very well being super quick in a straight line, what are they like round corners?

Check out top gear test in 2019 when the model 3 beat the M3, with comp pack, 3-1, including fastest track lap, sorry peter and BMW M3

Check out top gear test in 2019 when the model 3 beat the M3, with comp pack, 3-1, including fastest track lap, sorry peter and BMW M3

But, will they be talking about Teslas fifty years from now like the M' cars from BMW?