BACK TO ALL NEWS
Currently reading: New Kia Optima Sportswagon estate revealed
UP NEXT
EV start-up Aehra to launch “ultra-premium” SUV and saloons

Kia has expanded its Kia Optima range with the launch of a new estate model, the Optima Sportswagon (SW), at Geneva.

Read our review of the Kia Optima Sportswagon here

Inspired by the Kia Sportspace concept from the 2015 Geneva motor show, the Optima SW is Kia's first rival to the likes of the estate versions of the Ford Mondeo, Vauxhall Insignia and Mazda 6, the latter of which Kia says is the chief rival for the SW.

Kia says the model represents a significant growth opportunity in Europe, as two thirds of all models sold in the class are estates, rising to three quarters when looking purely at fleet sales. In its case, Kia says the estate could outsell the saloon six to one.

The Optima SW was designed and conceived alongside the saloon, both models being led by Kia's European design team. 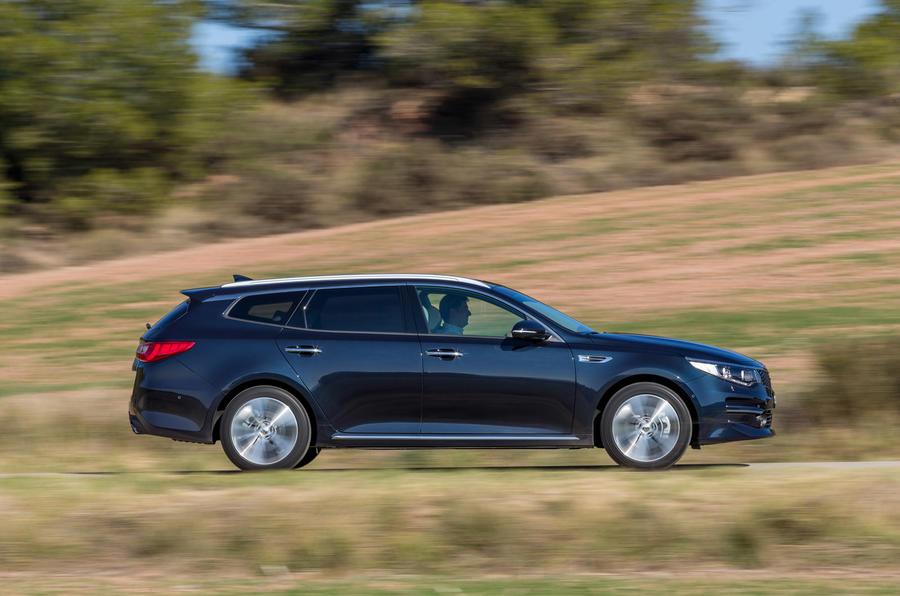 The Optima SW is based on the latest version of the Optima saloon. The estate has the same 4855mm length and 1860mm width of the saloon, although it grows 5mm in height to 1470mm. Its wheelbase is 2805mm.

The rear seats split 40:20:40 as standard, alongside several convenience features. Included is a pop-up sliding metal luggage rack to secure single items, a powered tailgate that opens automatically when the key is in close proximity to the boot, and a low, flat boot lip. 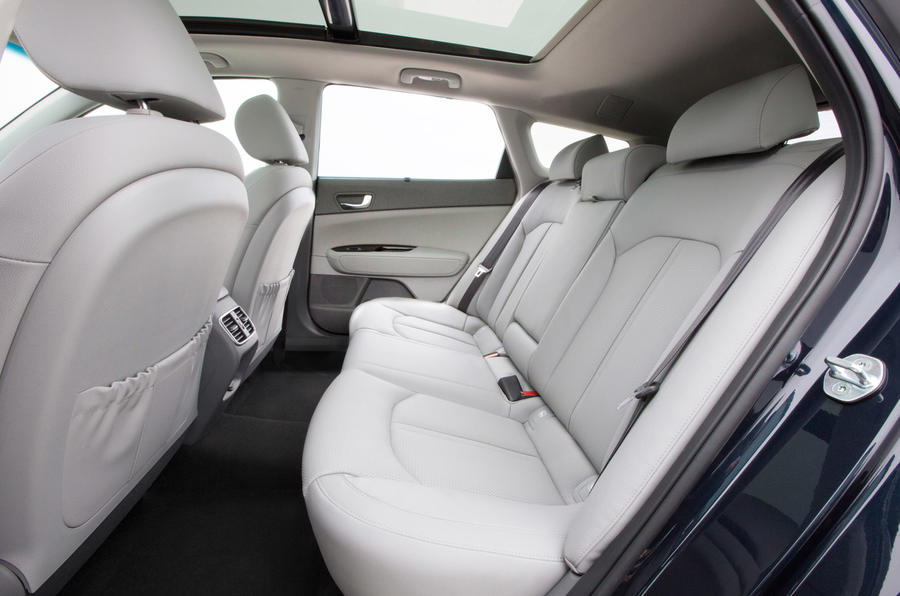 The Kia Optima has looks, practicality and value on its side. But in a class of talented models, it is an also-ran.

The interior is based on that of the Optima saloon, and is offered with a 7.0in or 8.0in touchscreen infotainment system. The Optima SW is offered with Android Auto and Apple CarPlay smartphone integration systems, alongside a wireless charging mat and two USB charging points, one of which is located in the rear.

The Optima SW is set to be offered with two engines in the UK, including a range-topping GT version with a turbocharged 242bhp, 260lb ft 2.0-litre petrol engine hooked up to a six-speed automatic gearbox. Performance figures have yet to be revealed.

The other engine in the line-up is the 139bhp, 251lb ft 1.7-litre turbodiesel. This can be hooked up to either a six-speed manual or seven-speed dual-clutch automatic. Economy and CO2 figures have yet to be revealed. In the Optima saloon, the 1.7 manual has CO2 emissions of 110g/km and 56mpg combined economy.

Kia also has plans to equip the Optima SW with the same plug-in hybrid drivetrain that is being introduced in the saloon. An all-road version has been ruled out, however.

Kia claims to have tuned the Optima SW’s independent suspension to improve agility and offer better protection from bumps and poor road surfaces. There are also bespoke spring and damper settings for the estate.

An electronically controlled adaptive suspension system is offered on the Optima SW, which includes Normal and Sport modes and is tuned specifically for European driving tastes. This is optional on the diesel version and standard on the petrol-powered GT model. 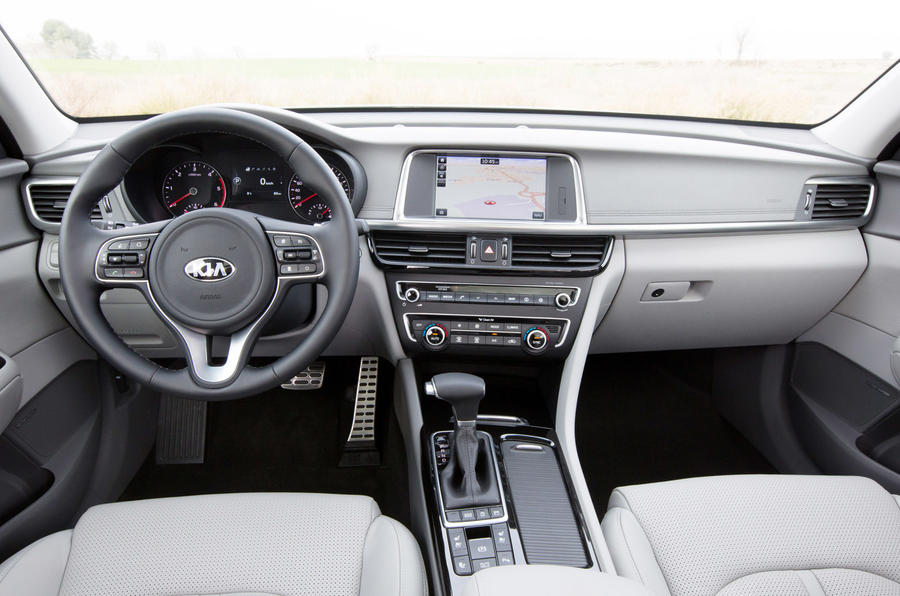 The GT model, which will also be offered on the saloon, includes a bodykit with a more aggressive front bumper, new air intakes, different 18in alloys, a tweaked rear bumper, twin exhausts, pseudo diffuser and new interior detailing and trim. Work has been done at the Nürburgring to tune it as a sporty model.

Kia will offer the Optima SW with a whole host of safety and convenience features. These include a self-parking function for both parallel and perpendicular spaces, headlights that move in line with the steering wheel, radar cruise control, and an autonomous emergency braking that has a radar that can detect collisions at both short and medium ranges and low and medium speeds.

Commenting on the design and market positioning of the new Optima SW, the car’s exterior design chief David Hart said: “It's a very stylish wagon. We didn't just want to make another wagon, we wanted something as stylish as the saloon so you don't have to make a choice between style and practicality.”

European marketing director Artur Martins said the Optima SW was important as it gave Kia, which is still growing its range in Europe, a presence in a “mature” market segment in Europe, and one that is stable for estates at present.

The Optima SW will go on sale in the UK in the autumn. It is tipped to command a price premium of a few hundred pounds over the saloon model, which starts at £21,495.

The petrol engine has been in USA for years - its about time they bought it here - the 1.7 diesel in my opinion doesn't cut it and ruins a very good car. Now just need to decide estate or saloon - I assume the petrol 2.0 will be in the saloon also.
MrJ 18 February 2016

In side profile at least.