Infiniti has revealed a concept for its first production electric vehicle at the Detroit motor show.

The QX Inspiration, a production-focused mid-sized SUV that could preview the next-generation QX70, debuts a new design language for the brand as well as a new platform as part of a plan to launch a full range of electrified Infinitis over the next half-decade.

Inspired in part by the Q Inspiration concept revealed last year, the QX Inspiration is said to have a "cab-forward stance" allowed by the compactness of the electric motor. Much of the styling is focused on giving optimised aerodynamics, essential to improve electric range. The 4.65m long concept is roughly the same size as an Audi Q5. 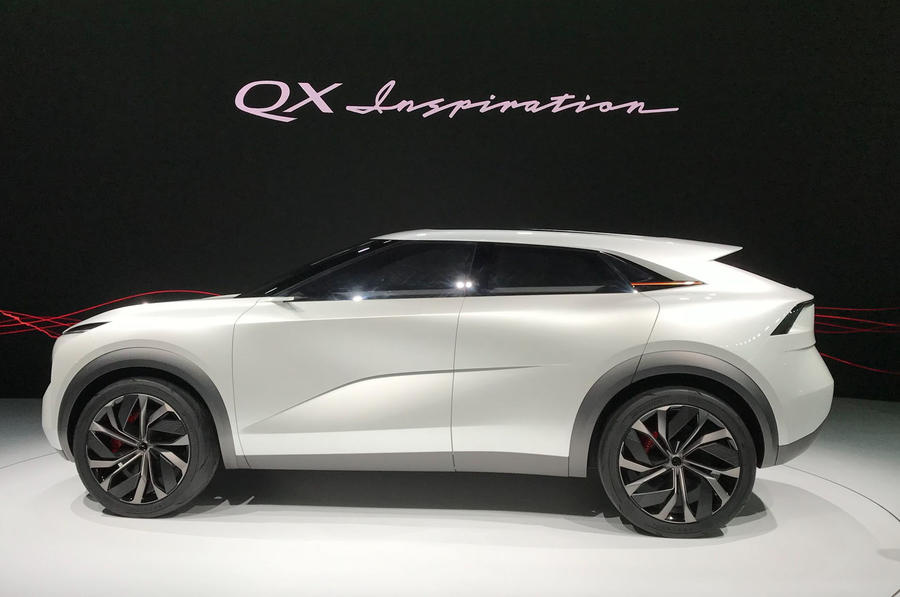 Infiniti claims the platform allows the electric powertrain to be mounted low down in the body and between the 2.85m wheelbase, allowing the car's proportions to be realistic for production. No technical specs have been release yet, but a "powerful electric all-wheel drive system" is mooted, using a high capacity battery pack to feed two electric motors mounted across the axles.

The interior is typically conceptual, said to be "designed like a lounge" to illustrate the car's spaciousness despite the battery pack underneath the floor. Innovative use of materials, such as marble for the centre console panel, timber for the roof headlining and suede for the floor. A full-width infotainment screen features, as do screens mounted below in the centre console and on the steering wheel. 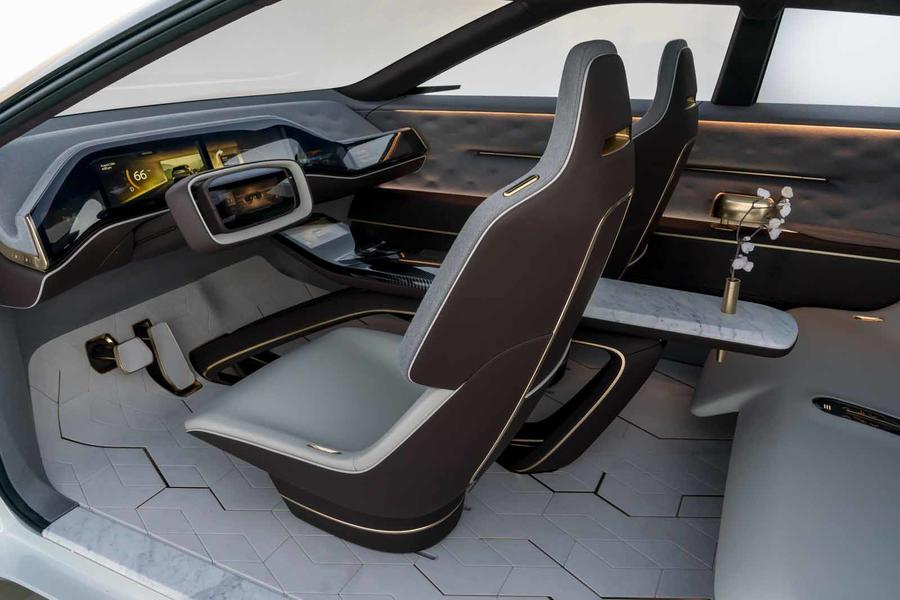 Previous Infiniti electric concepts, such as the 2018 Q Inspiration and Prototype 10, haven't been particularly production-focused, so the new model will be the most realistic interpretation of a series Infiniti EV yet.

Design boss Karim Habib describes the concept as "the beginning of a new era for Infiniti, and an illustration of where we want to go with the brand".

"Electrification and other new technologies have given us the opportunity to evolve our design philosophy," he said.

A better image?, well, yes, and I have to say it’s different, which is unusual,granted it’s only one shot and shot at an odd angle which give no idea of size.

If there's any brand that produces stunning concept cars and also teases what it plans to do with its current production cars ie Eau Rouge and Project Black, then delivers neither, it's Infiniti.

Really hope they knock it out of the ball park but sadly looks a little generic. The loss of the Crescent Cut C pillar, complex surfacing and corporate suicide of renaming every car from iconic to meh...

So frustrating to witness as a fan.

Get the styling right

If there's any brand that produces stunning concept cars and also teases what it plans to do with its current production cars then delivers neither, it's Infiniti.

If it is ever going to compete in the "premium" sector Infiniti needs an obvious USP; that could be brilliant styling, seeing as the Germans, even Audi now, produce ill-proportioned, over-fussy ugly stuff.  Yet Infiniti's efforts are even worse!

A dark silhouette?, with an aggressive looking light array?, I’ll wait for proper pics thanks...