BACK TO ALL NEWS
Currently reading: New Caterham Super Seven 1600 revives spirit of the Seventies
UP NEXT
Tesla to expand select UK Superchargers to other electric vehicles

Caterham has revealed the new Super Seven 1600 as a retro-inspired take on its flagship open-wheel sports car.

Available to order now, the new model draws on the British brand’s heritage, as did the limited-run Sprint and Super Sprint models from 2016 and 2017. Unlike those cars, though, it is a permanent addition to the Caterham line-up.

The Super Seven 1600 is powered by the same 1.6-litre Ford Sigma engine as the brand’s entry-level 270 model, meaning it can crack the 0-62mph sprint in around five seconds and hit a top speed of 122mph.

The new arrival - available in standard and wider SV form - retains the Seven's familiar silhouette but can be told apart from existing models by a raft of bespoke design elements. The most obvious of these are its unique flared front wings, as worn by early Caterham models, which extend from the headlights back to the bulkhead. 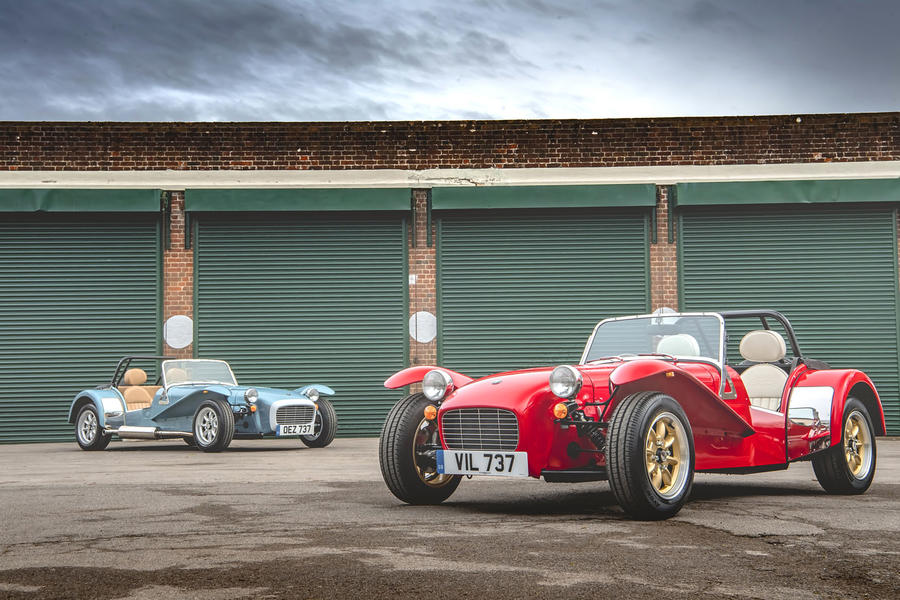 There’s also a spare wheel carrier at the rear and alloy wheels that replicate the eight-spoke design common to British sports cars in the 1970s. The model can be specified with a choice of seven heritage-inspired paint schemes.

Inside, it gains a wood-rimmed steering wheel and tailored leather upholstery.

Caterham CEO Graham McDonald said: “Both of our most recent retro-inspired Sevens – the Sprint and Super Sprint – sold out in record time so we know the appeal for these cars is strong.

“We’re excited to introduce the most powerful Super Seven ever built, a reimagining of a true modern icon, delivering exactly what the original was designed to offer – a focus on driving feel and race-inspired upgrades but with some touches of luxury to the finishes.”

the more i think about it

... the less i get it. For the same money you can get a better caterham. Also, those front wings give lots of front lift. i was really hoping for a new 160, but done properly so it didn't have the shortcomings and drove how everyone was hoping it would

...but all cars cost obscene amounts of money now - at least this is a specialised vehicle for true motoring enthusiasts rather than just another sinister corporation churning out more SUVs shown in pathetic lifestyle / woke adverts.

What is it, then?