The new BYD Seal electric saloon has gone on sale in China, with BYD confirming that initial deliveries are planned to begin by the end of the month.

Revealed in May, the Tesla Model 3 rival is claimed to have attracted up to 60,000 pre-orders from Chinese customers.

The exterior styling of the EV inherits cues first revealed on the Ocean X concept car and what BYD calls its “ocean aesthetics” design lineage.

The Seal is based on BYD’s e-Platform 3.0 structure, making it the third BYD car to do so after the Dolphin and Yuan Plus, and comes with the choice of two different BYD Blade batteries, 61.4kWh and 82.5kWh units. 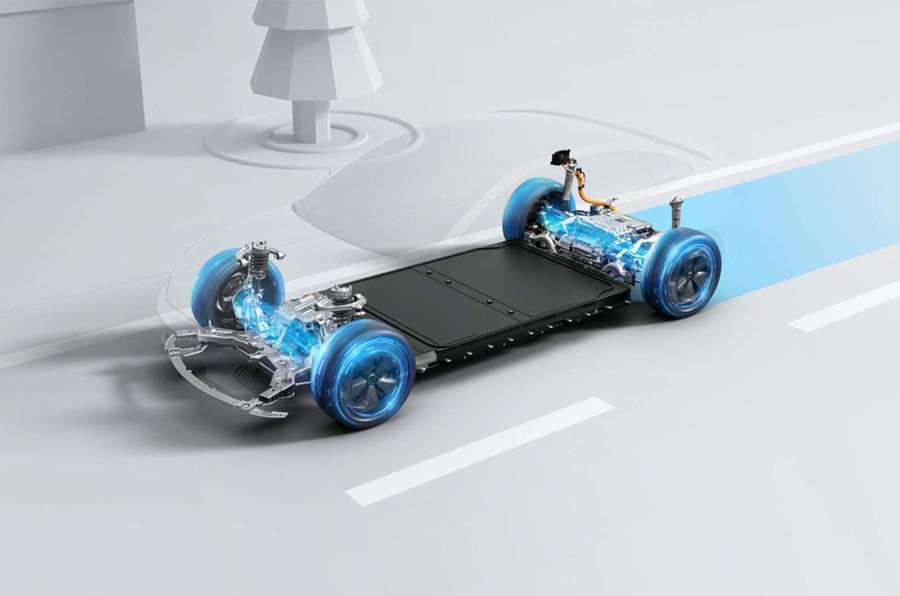 The new construction process is claimed to provide the body of the four-door Seal with high torsional rigidity of up to 40,000Nm/deg.

The base rear-wheel-drive model receives a rear-mounted 201bhp electric motor and 61.4kWh battery, giving it a claimed 0-62mph time of 5.7sec and a range of 550km (342 miles) on the Chinese CLTC test cycle.

A long-range rear-wheel-drive model occupies the middle of the Seal line-up. Its 308bhp rear-mounted electric motor is combined with the 82.5kWh battery, giving a 0-62mph time of 5.9sec and a 150km (93-mile) increase in the CLTC range over its less powerful sibling at 700km (435 miles). 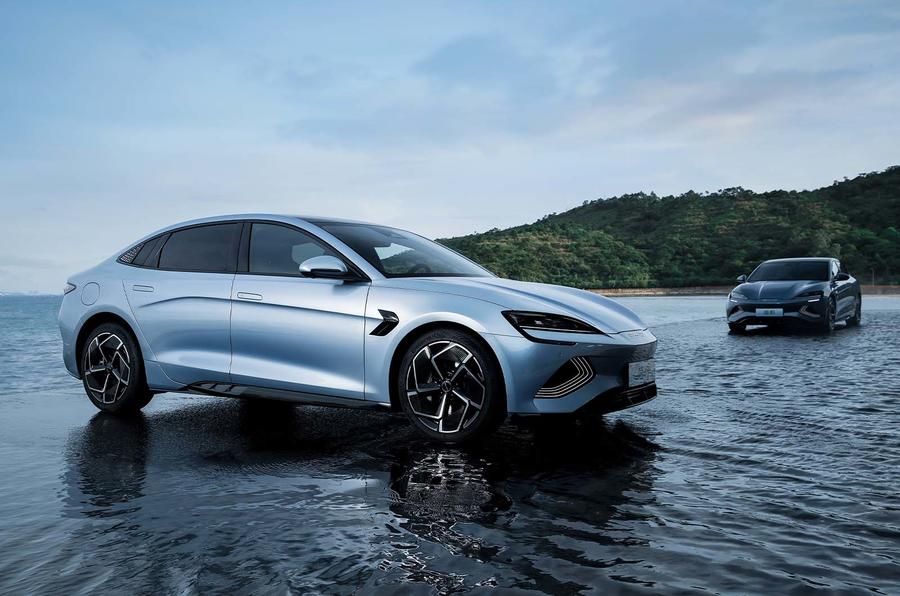 The range-topping performance model features a dual-motor drivetrain with 215bhp at the front and 308bhp at the rear for a combined system output of 523bhp, along with the 82.5kWh battery for a claimed 0-62mph time of 3.8sec and a CLTC range of 650km (404 miles).

Seals featuring the 62.4kWh battery can be charged at rates of up to 110kW, while those with the 82.5kWh unit have been engineered to handle a charging rate of up to 150kW.

The Seal is underpinned by a double wishbone (front) and multi-link (rear) suspension. BYD claims a 50:50 weight distribution for the dual-motor model, which receives the company’s Intelligent Torque Adaptation Control (ITAC) system to apportion drive between the front and rear axles.

BYD has confirmed the Seal will go on sale in Germany and Sweden during the fourth quarter of 2022 through European dealer group Hedin Mobility and says it expects to begin deliveries to other European countries shortly afterwards.

Totally agree much better looking version of the Tesla 3, which is ugly inside and out (The Tesla S looks ok) .  Much better balanced design but perhaps a bit too much over detail like Honda but looks good.  Like the choice of battery and motor choices.  Like the fact you can have just 200 bhp which is still too much but more sensible.  The ID 3 is better with just 150 bhp or we will all have traffic light races leading to more accidents.  Also less power more range.

It's better looking than a Tesla Model 3, but that goes for just about everything on the road.

Blimey, it even looks like a Model 3, but then what would you expect.

The idea of the battery casing neing part of the body structure seems a sound one - and it would be interesting to learn if this achieves any weight saving over the Tesla.

I had to look up details of the CLTC test cycle - and it turns out that this comprises more low speed stop/start running than even the old NEDC test, so not surprisingly it gives very favorable range and efficiency figures. Why on earch don't the Chinese use the WLTP cycle especvially on a model built for world markets?