The next-generation Mercedes-Benz E-Class is due to land in 2023 with a range of all-electrified engines, and we've now had our first look at the Mercedes-AMG Mercedes-AMG E 53 sports saloon variant.

As with the current generation, AMG's version is differentiated by its bespoke grille, bigger brakes and sports exhaust – cues which will no doubt be carried over to the full-fat Mercedes-AMG E 63 – but the visual makeover is more subtle than the mechanical alterations will be.

Known internally under the codename W214, the new E-Class follows an evolutionary path, with development focused around refinements to its platform, electric architecture and engines. Its electric architecture is being heavily upgraded to support new functions that include level three autonomous driving potential in countries where it is permitted, together with 5G connectivity that allows high-speed over-the-air software updates for the first time.

With the new Mercedes-Benz EQE offering electric drivelines when it goes on sale in the UK early next year, the 2023 E-Class will stick with electrified versions of today’s four- and six-cylinder engines. 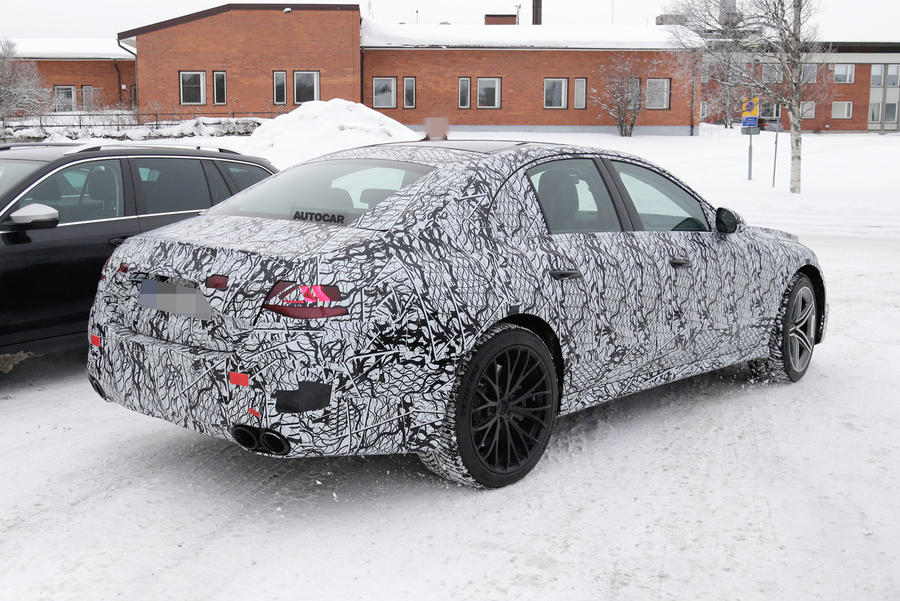 Officials have hinted that the existing twin-turbocharged 4.0-litre V8 inMercedes-AMG  the Mercedes-AMG E63 will no longer be offered, which means the E53 seen here will no doubt go the same way. As in the smaller Mercedes-AMG C63, due out in 2022, its place will be taken by a highly strung turbocharged 2.0-litre four-cylinder, the M139, with plug-in hybrid assistance for a total output of up to 600bhp.

The existing M254 four-cylinder petrol and OM654 four-cylinder diesel units will be offered exclusively with an integrated starter-generator and 48V electrical system as well as changes to their exhaust system that allows them to meet upcoming EU7 emission regulations.

All plug-in hybrid versions are set to receive a 28.6kWh battery, the same unit used by the Mercedes S580e, to give them an electric range of over 62 miles.

Every engine is set to be combined with a standard nine-speed torque-converter automatic gearbox. Rear-wheel drive will feature on lower-end models, with Mercedes-Benz’s 4Matic four-wheel drive system set to appear on more powerful models, including those from AMG.

Styling-wise, the new model adopts a look similar to the latest Mercedes-Benz S-Class, with a bolder front end comprising more angular headlights and a large chromed grille. While heavily disguised on the prototype captured here, the rear is described as a mixture between the S-Class and new Mercedes-Benz C-Class. 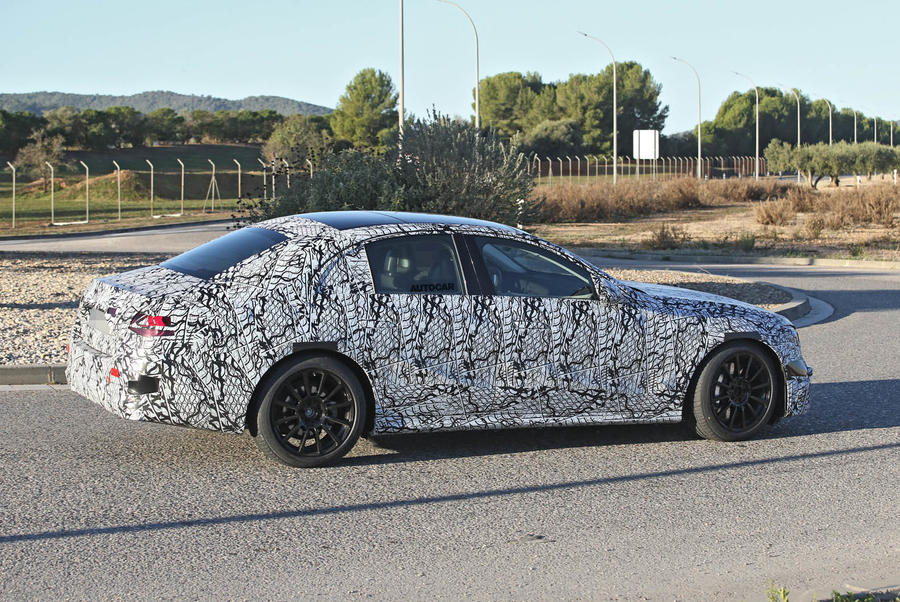 Alongside the saloon model previewed by the prototype seen here, Mercedes-Benz also plans to follow up today’s E-Class Estate and E-Class All Terrain with successor models, due out in 2024.

Mercedes-Benz is not giving too much away about the future of the E-Class Coupé and E-Class Cabriolet, although it is believed a new CLE – a moniker recently trademarked by Mercedes – could serve as a replacement for both of these cars and the smaller two-door C-Class models.

One of the last models to be based on Mercedes-Benz’s existing MRA platform, the new E-Class saloon receives a slightly longer wheelbase than today’s fifth-generation model. The track widths have also been increased, giving the new 2023 model a larger footprint and interior dimensions.

The double-wishbone front and multi-link rear suspension has been modified to fit the new dimensions of the platform structure. It will be offered in combination with an optional air suspension and, for the first time on the E-Class, a rear-wheel steering system offering up to 10deg of steering at the rear.

The engines, mounted in their traditional longitudinal position, will be reduced in number and – in selected models – capacity, too. 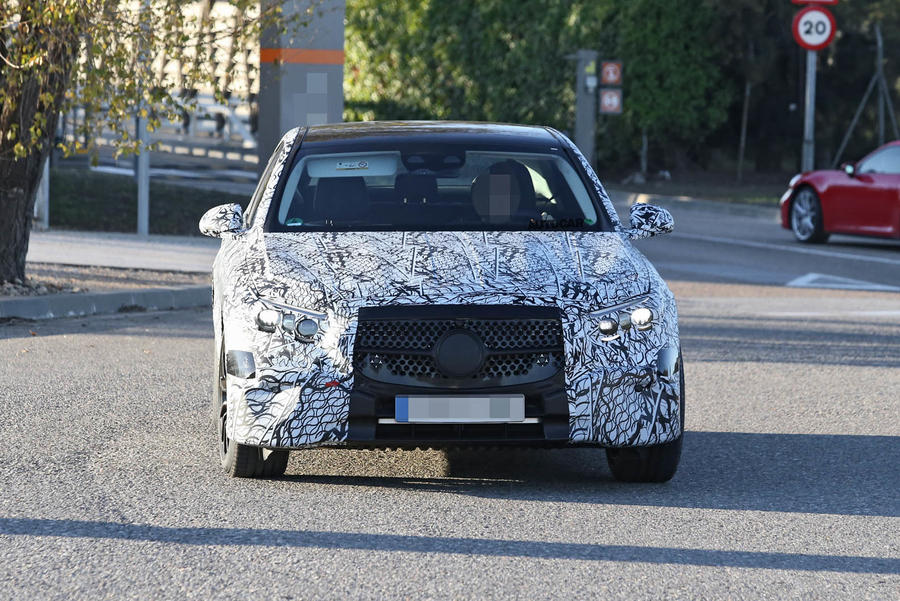 Mercedes-Benz is determined to once again make the new E-Class the safest car in its class. As well as adopting all the various driving assistant systems from the larger S-Class, the sixth-generation model is also set to support level three autonomous driving functionality with lidar based sensors.

Inside, the new E-Class adopts a similar dashboard architecture to that of the latest C-Class and S-Class. The set-up includes digital instruments in a free-standing display panel, optionally with 3D graphics, and a portrait-style display within the centre console for the infotainment functions.