BACK TO ALL NEWS
Currently reading: New 2022 Ford Mondeo revealed as sleek China-only saloon
UP NEXT
Dacia bosses "fighting tooth and nail" to bring Spring EV to UK

The all-new fifth-generation Ford Mondeo has been revealed as a sleek executive saloon, exclusively for the Chinese market.

Following a series of leaked images last year which outed the car's final styling, Ford has officially revealed its reinvented Volkswagen Passat rival at its China Design Centre in Shanghai, presenting it as a showcase of Ford's new design language for the region.

The Mondeo has been on sale in China since 2002, nearly a decade after it launched in Europe. Reinventing the model was "a privilege and a challenge for our team," said head designer Maurizio Tocco.

"We wanted to respect and acknowledge the history which had come before us while elevating the customers’ experience to the next level," he continued. "The starting point of the design is always the customer and looking for innovative ways to incorporate what they need and want into the design."

The new Mondeo is the first model to be designed according to the new 'Progressive Energy in Strength' philosophy, which is said to blend elements of Ford's 'rich heritage' and 'icon designs' with the preferences of its Chinese buyers. The three defining characteristics of the new ethos are "commanding, agile and responsive". 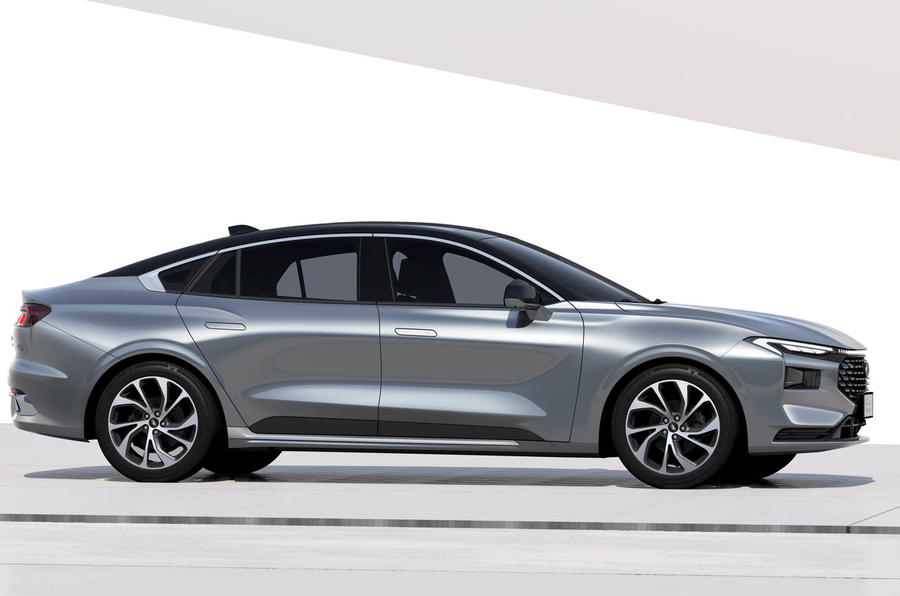 Set to begin deliveries in China during the second quarter of 2022, the new four-door saloon will be produced in a joint venture between Ford and Chinese firm Changan in Chongqing. While European sales of the new Mondeo have been ruled out by Ford, suggestions are it could be sold in the US as a replacement for the Fusion, although details on where North American models would be sourced is yet to be confirmed by Ford.

Key design elements include an octagonal-shaped grille, slim LED headlights connected by a light band within the leading edge of the bonnet, separate daytime running lights and an A-shaped graphic for the air duct within the lower part of the front bumper.

Further back, the new Mondeo features a contoured bonnet, large wheelhouses housing wheels up to 19in in diameter, structured flanks with flush-fitting door handles, a coupé-style line roofline in a contrasting colour to the rest of the body and, as on the Evos, feature lines within the trailing part of the rear doors and rear quarter-panels.

The rear is characterised by its short deck, Ford Mustang-inspired tail-lights (also connected by a full-width light band) and a bumper featuring an integrated diffuser. 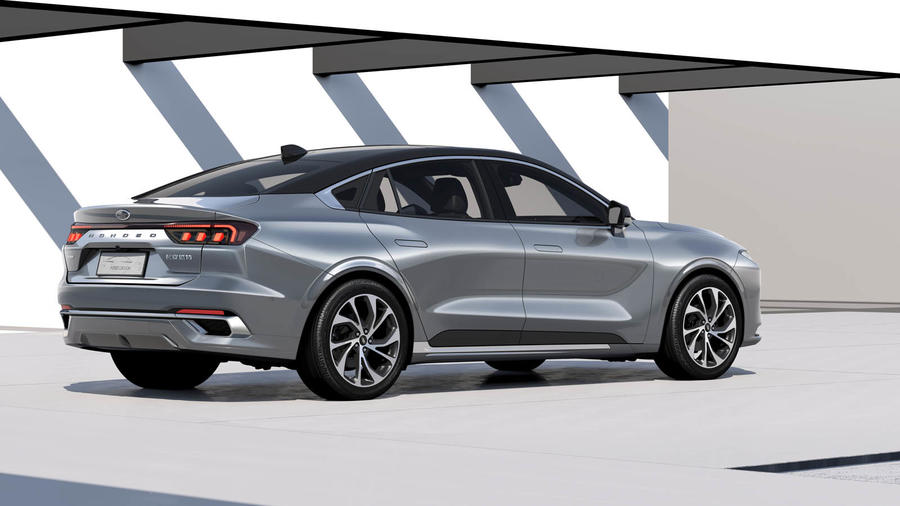 At 4935mm long, 1875mm wide and 1500mm tall, the new Volkswagen Passat rival is 63mm longer, 23mm wider and 19mm higher than the Mk4 Mondeo that's set to be phased out of production at Ford’s Valencia plant in Spain in March.

It also rides on a wheelbase 104mm longer than that of today’s Mondeo, at 2954mm.

Although we’re yet to get a look at the interior of the new Mondeo, Chinese sources confirm that it will receive the same basic cabin architecture as the Evos. Included is a dashboard housing a 1.1-metre wide display. It consists of a 12.3in digital instrument display and a separate 27in infotainment touchscreen.

The new Mondeo is based on Ford’s C2 platform, which also underpins the existing Mk4 Focus. It has been conceived for cars ranging in size from the Ford Fiesta supermini to the Edge seven-seat SUV. Elements of the platform are also found in the Tourneo and Transit commercial vehicles.

Chinese market models are planned to offer a choice between turbocharged 1.5-litre and 2.0-litre four-cylinder petrol engines, the latter offering up to 238bhp.

Also planned is a plug-in hybrid drivetrain, details of which are yet to be made official.

Log in or register to post comments
TS7 18 January 2022
VW Passat competitor? Possibly, but it's bigger than an Audi A6, in length, wheelbase, and height. Only half an inch narrower too.
abkq 17 January 2022
Ford cannot do simplicity can it? Panel creases, bulges, fussy detailing spoil this car.
manicm 17 January 2022
I like it, pity they won't bring it elsewhere.
View all comments (14)