The facelifted BMW 8 Series and hot BMW M8 in coupé, cabriolet and Gran Coupé guises have made their public debut at the Amelia Island concours in the US.

Set for UK sale in the coming months, the 2022 8 Series receives the performance-inspired M-Sport styling package – previously an option – as standard. It imbues the trio of standard 8 Series models with a number of signature BMW M design elements, including a more heavily structured front bumper and rear diffuser as well as new-look 19in wheels and upgraded brakes with blue calipers on six-cylinder models.

The more powerful V8 models receive a similar treatment but with an added splitter element up front, M8-style exterior mirrors, a rear spoiler and a diffuser in what BMW describes as “Dark Shadow Metallic” colour. Also included are new 20in wheels and a M-Sport differential as standard.

Changes to the range-topping BMW M8 models are even more subtle, restricted to a range of new exterior colours, including a Shadow Line treatment for the first time, as well as newly designed 20in M-Sport alloy wheels.

In a development planned for other new BMW models, the new 8 Series and M8 come with an optional illuminated grille. Lightly altered in design to that seen on pre-facelift models, it comes as standard in combination with the ‘Iconic Glow’ package, with an illuminated surround and waterfall lighting for each of the grille elements. The illumination is activated when the door is opened and can be switched off manually. 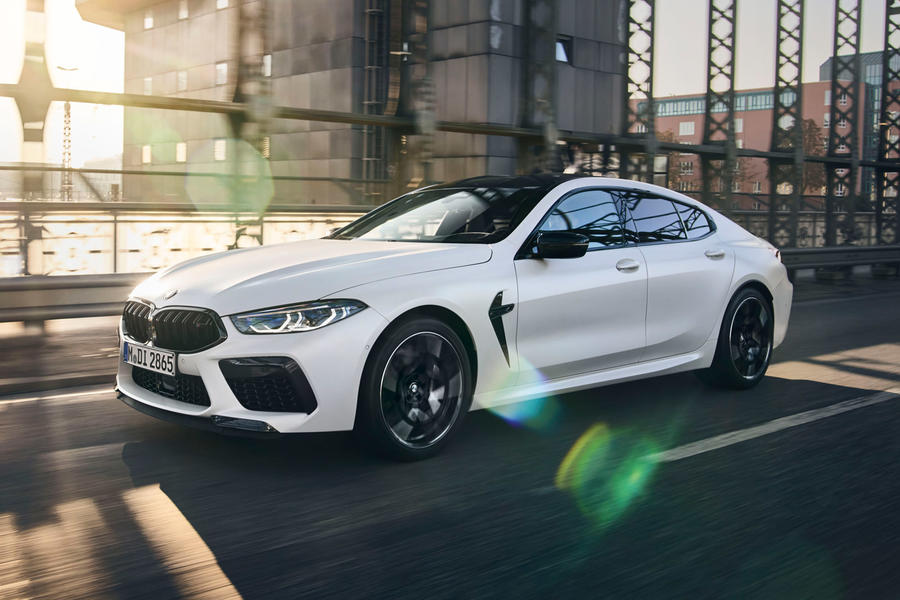 To mark the 50th anniversary of the establishment of BMW M, all new 8 Series and M8 models can be ordered with optional M emblems in blue, purple and red in place of the traditional blue and white BMW roundel.

The M8’s twin-turbocharged 4.4-litre V8, meanwhile, continues to develop 592bhp as standard, but the more potent Competition car that is sold in the UK gets 616bhp for a 0-62mph time of 3.2 seconds.

At least the current 8 Series is not as ugly as many of BMW's other models. I'm not sure that it's selling very well in the UK. It gets little media coverage.

The M8's biggest problem is the existence of the M5, which gets more than its fair share of media coverage. The same was true for the M6 (across two generations).

The 8 Series Gran Coupe's biggest problem is that the 7 Series is more spacious and practical.

The biggest problem of the 8 Series Convertible and Coupe biggest problems is that they are not two-seater mid-engine sports cars. Historically, BMW has had little success with building that sort of car.

Overall, the car market has changed a lot over the last 20 years. First, it was the move to SUVs. Now EVs are the growth segement. For most car makes, the global market for large engine luxury coupes and convertibles has been contracting. Yes, Bentley and some others that produce high end GT coupes and convertibles are doing well but they are selling something very different from the 8 Series.

Don't see many 8 series here in the UK, maybe in the Cities but elsewhere not so much, buy what you?, sure, your choice isn't it?

Completely agree with @teemacs but I'd wager that's coming the next time round...