BACK TO ALL NEWS
Currently reading: New 2022 Alpina B4 previewed ahead of tomorrow's full reveal
UP NEXT
Volkswagen ID Aero is EV Passat equivalent with 385-mile range

New 2022 Alpina B4 previewed ahead of tomorrow's full reveal

The new Alpina B4 Gran Coupé has been officially revealed - read the full story here.

While the previous B4 was based on the two-door BMW 4 Series Coupé, its successor will take the new BMW 4 Series Gran Coupé as its basis.

Spy shots released last year showed an obviously uprated 4 Series Gran Coupé being tested on public roads, lending credence to earlier claims that Alpina's next unveiling would be a four-door, rather than a traditional coupé. 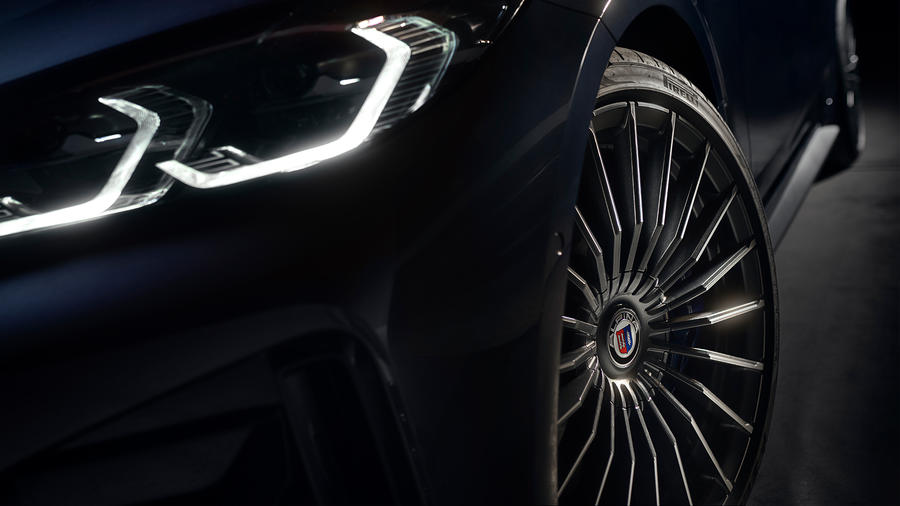 The tip came from an unidentified source on the popular Bimmerpost forum who claimed to have access to future product plans "compiled from various leaks within the BMW organisation".

According to the dates outlined, the new B4 will be introduced in March 2022 as BMW ushers in a new four-wheel-drive 430ix variant of the G26-generation 4 Series Gran Coupé.

It remains possible that a two-door version could follow shortly after.

Given the technical similarities between the previous-generation B4 and the current 3 Series-based B3, we already have a good idea of the new four-door's make-up.

The B4 will no doubt share the B3's twin-turbocharged 3.0-litre petrol straight six, sending 462bhp and 516lb ft to both axles through an eight-speed automatic gearbox tuned for quick shifts and improved response.

A diesel version, badged the D4 Gran Coupé, will likely follow soon after.

Performance figures will be broadly comparable, too, given the 4 Series Gran Coupé and 3 Series are closely matched in size and weight, so expect a sub-4.0sec 0-62mph time and a top speed approaching 190mph.

The B4 will, as did the previous generation, essentially fill the gap between BMW's own M440i xDrive and full-fat M4.

It will bring its own dynamic character, too, courtesy of a predominantly comfort-focused suspension tune and adaptive dampers aimed at enhancing turn-in response. The four-wheel drive system and limited-slip differential will also be fettled to cope with the added grunt.

As is traditional for Alpina, the B4 will be marked out from its standard BMW counterpart by way of a subtle bodykit with Alpina badging, unique colour schemes and the choice of the tuning company's distinctive 20-spoke alloy wheels.

Now we're talking. Alpina, please fit the entire nose from the B3 too... you won't make a pretty car but it will be less hideous.

Quite agree, only ever owned one two door, but nowadays most want a genuine four seater, some two door were really a plus two, or no seats at all, this'll will still be as Quick and just as much fun to drive,and at the £65K + pound for pound in this price band, it's worth a look!