Mechanically, for the BMW M4, the latest BMW super-coupé, you can pretty much just substitute a four for a three in most of the text of our BMW M3 Competition first drive review and you will have a good idea of what the new BMW M4 is made of.

Things of note? Different ratios to improve acceleration, although there are sufficient gears that it’s not obvious. It’s harder to get in and out of the back, clearly, especially past the silly seats, and there’s a bit less head room once you’re there. There’s also a smaller boot, at 430 versus 480 litres. 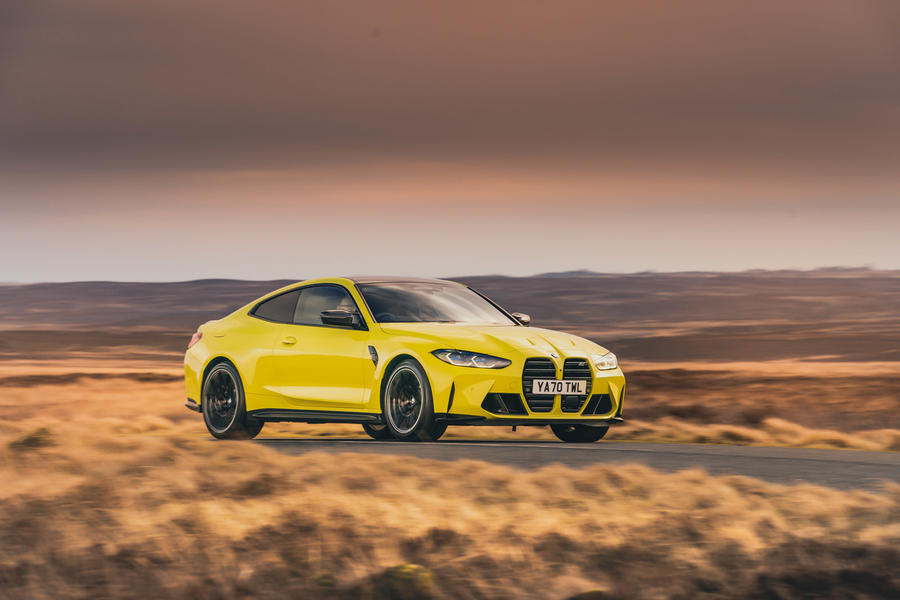 The way the M4 goes down the road, though, is similar to the point that if you climbed from one to the other, you would want to look over your shoulder to know for sure. The same knobbly ride, the same raucous engine and the same road noise and coarseness over concrete motorway surfaces are familiar to both.

The rear subframe is rigidly mounted to the chassis on both the M3 and M4, which is surely what contributes to some of the feeling of rigidity, solidity and, when you load the car up in a corner, an absence of lateral give. As a dynamics engineer once said of the Ferrari 488 GTB, strong lateral support at a car’s rear really supports the body in a corner, and that in turn helps steering’s accuracy, consistency and the impression of road feel. I suspect the same thing is happening here.

Nevertheless, this is a performance coupé, not really smooth and forgiving enough to be a genuine grand tourer (although I did drive it for two and a half hours at the end of a 14-hour day and feel quite good about things), yet not dynamically agile enough to be a true sports car.

While the character is the same, I felt it suited the M3 rather better than the M4. I’m not quite sure why; maybe because I don’t expect a saloon to be a sports car but I do a coupé? 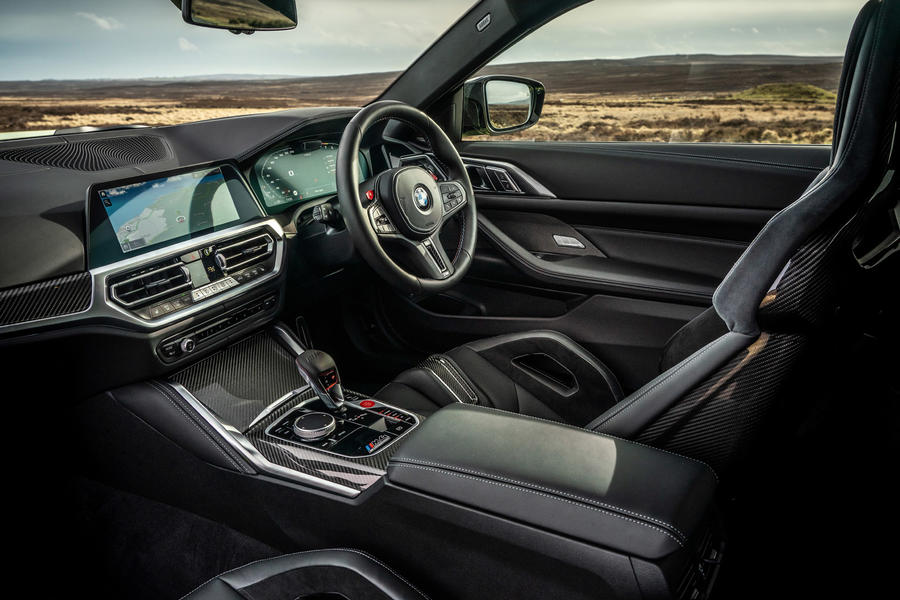 Anyway, I’m going to pinch yet another writer’s line here. He said the Alfa Romeo Giulia Quadrifoglio “feels like a sports car, not just a sports saloon”.

The M4 is almost the opposite: it feels like a sports saloon waiting for the right body, rather than a sports car in itself. 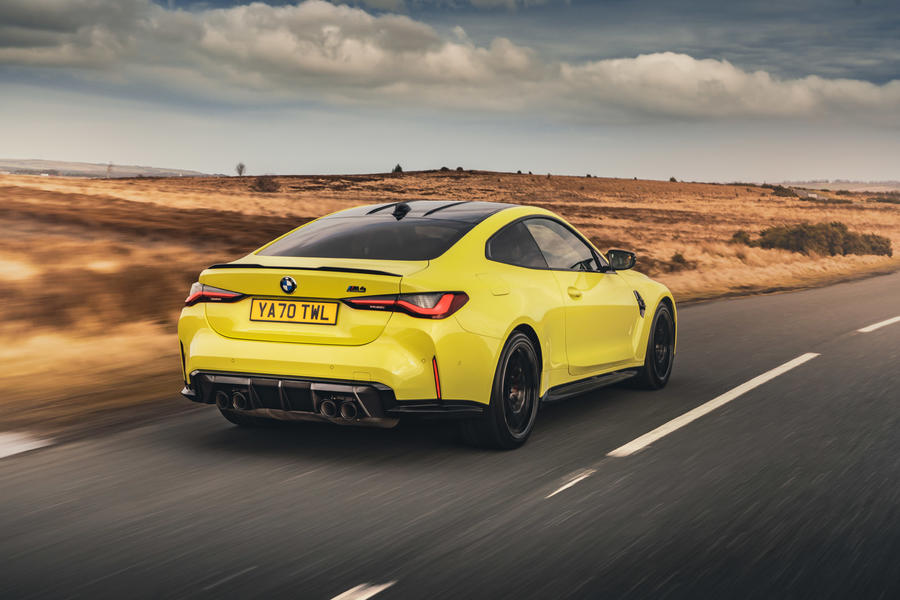 There was a time when this would have been highly desirable.  Now there is the Tesla Model 3 and all BMW M3 and M4 models just seem obsolete.

I looked forward to the launch of the M3/M4 after all the hype. The M2 seems great and you knew the new M3/M4 was going to be sensational, but the reviews have been just ok.The size of these cars are their downfall, my current 340i is big and heavy and you feel it is not controlled 100% when you need it to be. The Toyota Yaris is the new M1 just too small for my needs.

This is the 1st new generation 4 series with the big grille that looks good, maybe it's the yellow but the design looks more cohesive than the M3 saloon