BACK TO ALL NEWS
Currently reading: New 2021 DS 4 goes on sale ahead of early 2022 deliveries
UP NEXT
Supercars to e-bikes: the story of Romans International

Luxury brand DS has opened orders for the new DS 4 hatchback, ahead of first deliveries of the BMW 1 Series and Mercedes-Benz GLA rival getting underway early next year.

Prices start from £25,350. Three derivatives are available (4, Performance Line and Cross), each with their own bespoke specification levels.

The regular 4, which the French manufacturer says is suited to those looking for a versatile premium hatchback, is offered in Bastille+, Trocadero and Rivoli specifications.

The Bastille+ model starts from £25,350 and is equipped with 17in alloy wheels, chrome wings, LED lights, a 10in infotainment screen, a 7.0in digital drivers display, rear parking sensors and a reversing camera.

The Trocadero is priced from £28,850 and gains 19in wheels, a chrome front grille and an upgraded DS Iris infotainment system, which adds voice recognition, sat-nav and gesture control. 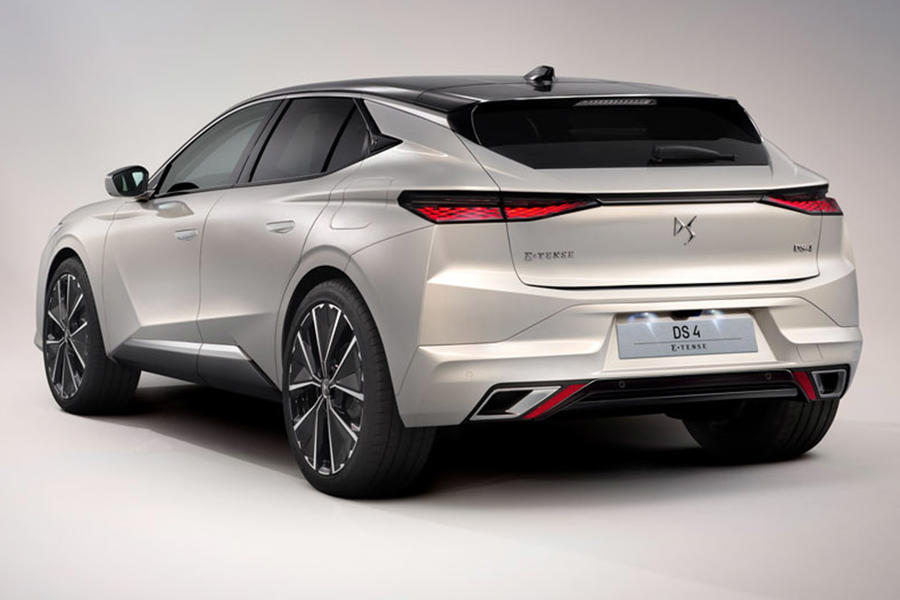 Both feature a more athletic design, while standard models receive 19in Minneapolis wheels, a black Alcantara interior, a leather steering wheel, front and rear parking sensors and a reversing camera. Both the front and rear light clusters are LEDs and the model is equipped with a 10in infotainment screen and a 7in digital dial display.

The 4 Cross features an SUV-inspired design, including modified side skirts, gloss-black roof bars, front and rear skidplates and black bumpers. Two trim levels are available: Cross Trocadero from £29,450 and Cross Rivoli from £35,750.

The Cross Trocadero is are fitted with 19in Saporro wheels and a Tungsten diamond cloth interior, while the Rivoli gains a black leather interior, Iris infotainment and a smart touch system.

The centre module can also move to an angle of 33.5deg, which DS says can “illuminate the sides of the carriageway and follow the driver’s vision in corners” – a feature also available in the Rivoli and Performance Line+. All models are equipped with a digital drivers display as standard.

The new 4 was unveiled along with a bold plan for the French car to straddle two sectors to take on rivals both in the premium hatchback class as well as crossover SUVs. It hopes the 4 will trade on France’s heritage of haute couture as well as the latest technology.

The styling is key to this strategy. Bold double daylight running lights and matrix, LED headlights (standard on all trims) dominate the front end, while the side view features striking creases and up to 20-inch wheels (optional in the UK on the 225 engines) pushed to the extremities of the wheelbase. DS is keen to emphasise the coupe-style lines at the rear of the car, where the boot lid plunges to meet narrow tail lights. In a sign of DS wanting to boost the 4’s premium feel, metallic paint is standard.

Technological highlights include level 2 semi-autonomous driving, Active Scan Suspension (borrowed from the DS 7 Crossback), and a detailed head-up display showing everything from full navigation instructions to what song is playing. The Active Scan Suspension scans the road ahead, between a distance of 5m and 25m, and alters the suspension making it firmer or softer depending on what’s needed. Night vision is also offered.

Available with both plug-in hybrid and conventional ICE engines, a total of five power units will be sold in the UK, all with eight-speed autos: three petrols, a diesel and a PHEV. DS is expecting the latter to make up a high proportion of sales (in the DS 7 Crossback, it’s over 35%), and it’s also the joint-most powerful on offer with 222bhp. Further performance data isn’t available yet.

This PHEV version comes with a 12.4kWh battery, located under the boot floor, that’s good for an electric-only range of roughly 30 miles. Because of where the battery is located, the PHEV does lose out slightly on boot space - 390 litres vs 430 litres.

The DS 4 rides on a modified EMP2 platform: according to DS, 70% of this has been altered to accommodate the specific requirements of the 4. Particular attention has been paid to both noise isolation and reinforcement around the crash structure. There’s also new electric power steering on this car, while the platform has had to be altered to accommodate the DS’s 20-inch wheels. It is capable of carrying a pure electric model, but at this stage there are no confirmed plans for this. 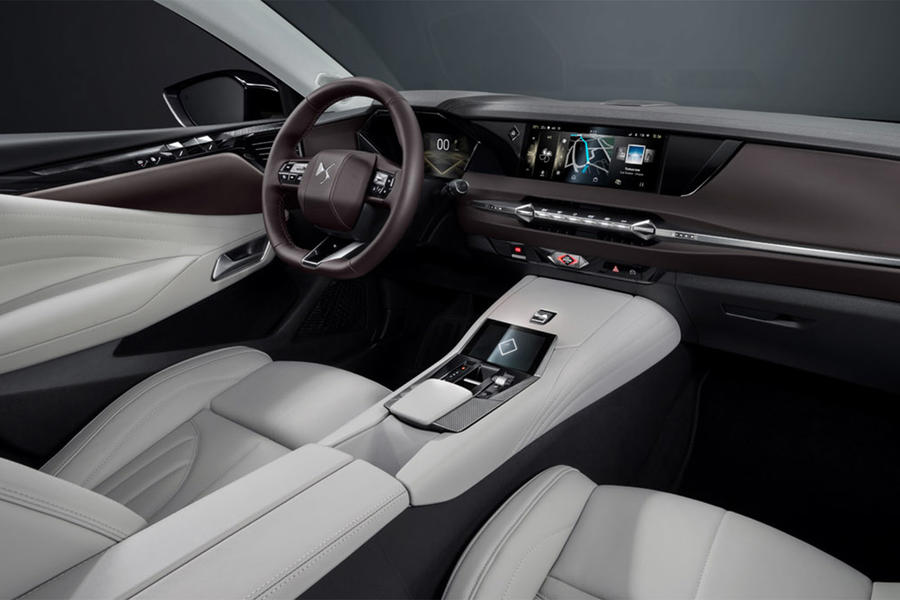 Inside, the DS 4 has a ‘Digital Seamless Cockpit’ designed to reduce the driver’s mental load. There are two screens on the central dash - the lower DS Smart Touch controls the upper touchscreen, the latter of which runs a system called DS Iris that’s designed to mimic the functions on a mobile phone.

Although fan speed and temperature are still done via the touchscreen, the DS 4 does have some physical controls for the heating and ventilation: a series of buttons underneath the upper touchscreen control the defrost, defog, recycling, on/off and quick launch. The latter is a one-touch button to either heat or cool the car automatically, depending on the outside temperature.

Looks pretty good overall, but they need to get the full EV version on sale and it needs to be right in terms of price, range and recharging.

That would be a winner, but until then this is just the stop-gap models.

Andrew1 9 November 2021
At least they didn't put 4 exhaust pipes, like Audi. Or maybe they should have, it's premium, after all.
View all comments (21)