BACK TO ALL NEWS
Currently reading: New 2021 Alpina B8 makes UK public debut
UP NEXT
How Max Chilton and the McMurtry Speirling conquered Goodwood

German tuning house Alpina's performance-focused take on the BMW 8 Series Gran Coupé has made its UK public debut at the Goodwood Festival of Speed.

Labelled as a spiritual successor to the ultra-rare B12 Coupé of 1992, the the four-door B8 seeks to bridge the gap, performance-wise, between the standard 8 Series and theBMW full-fat M8.

The engine's cooling system is around 50% larger than that of the standard BMW and the eight-speed automatic gearbox has been retuned and strengthened to cope with the extra torque. 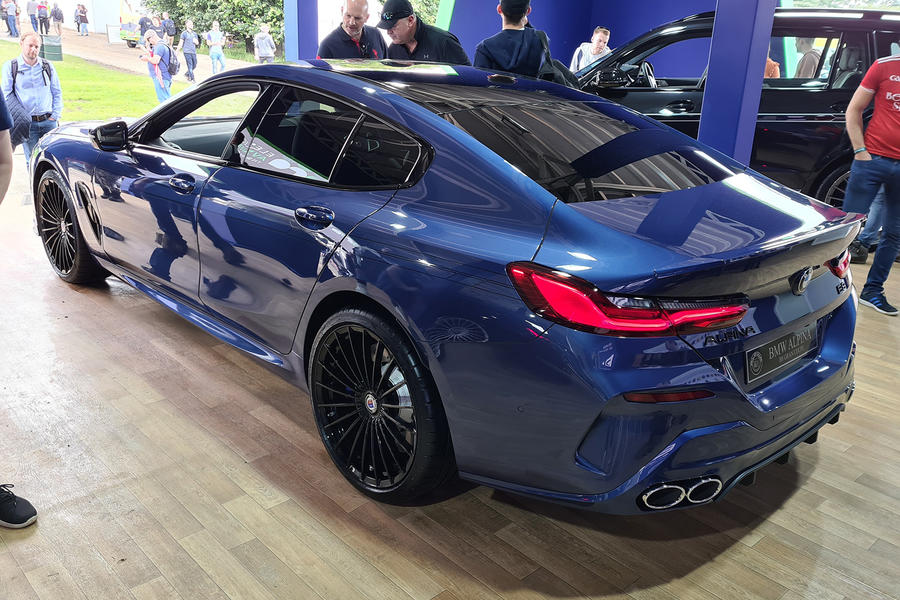 While long-range refinement and straight-line pace are the priorities, a bespoke chassis set-up aims to imbue enhanced agility and precision. The dampers, four-wheel steering system and suspension components have been tuned to give optimum performance in all five driving modes.

Alpina's characteristic bespoke styling package extends to the trademark 21in, 20-spoke alloy wheels wrapped in bespoke low-profile Pirelli rubber, bespoke bumpers at the front and rear and prominent badging throughout to mark it out from the standard BMW car.

Notably, the Alpina badging below the front bumper was designed with the use of a wind tunnel and appears to float above the lower splitter. 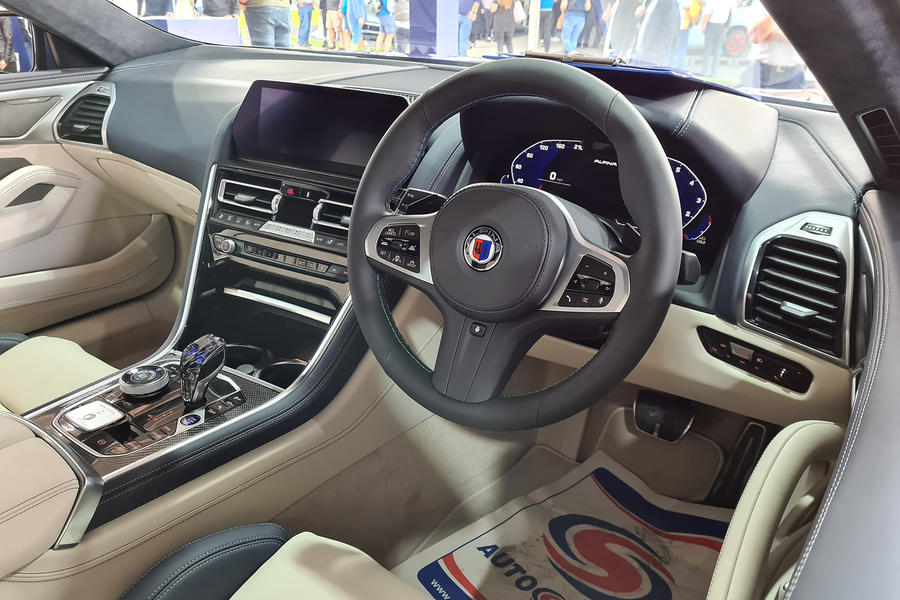 Illuminated treadplates and bespoke infotainment displays mark out the interior from the 8 Series, with the standard iDrive controller making way for a crystal-style item and a bespoke Merino leather steering wheel that takes seven hours to hand-stitch. Lavalina leather upholstery is equipped as standard, as is a Harman Kardon surround-sound system and bespoke trim materials.

Yah man rastafa, me ALpina B8, purpLe crystaL haze, not un probLem, not too worry.

superstevie 25 March 2021
I think this is a good looking car, love the colour too
Peter Cavellini 24 March 2021

Great looking car, not a fan of cream coloured Leather interior, love the exterior colour though, and the price isn't that out there for what your getting.