The overhauling of Rolls-Royce’s range will continue early next year with a new generation of the Ghost luxury saloon, which is being put through its paces at the Nurburgring.

Our spy photographers caught a prototype of the Bentley Flying Spur rival being benchmarked against a BMW M5, and exiting BMW's M performance development facility, showing that handling is a priority for the new model.

Previous images of Ghost prototypes have revealed that Rolls-Royce is taking a typically evolutionary design approach. Departed design director Giles Taylor intended to modernise the latest Phantom’s looks without losing its familiarity and presence, and the same ethos looks to have been applied to the smaller Ghost. 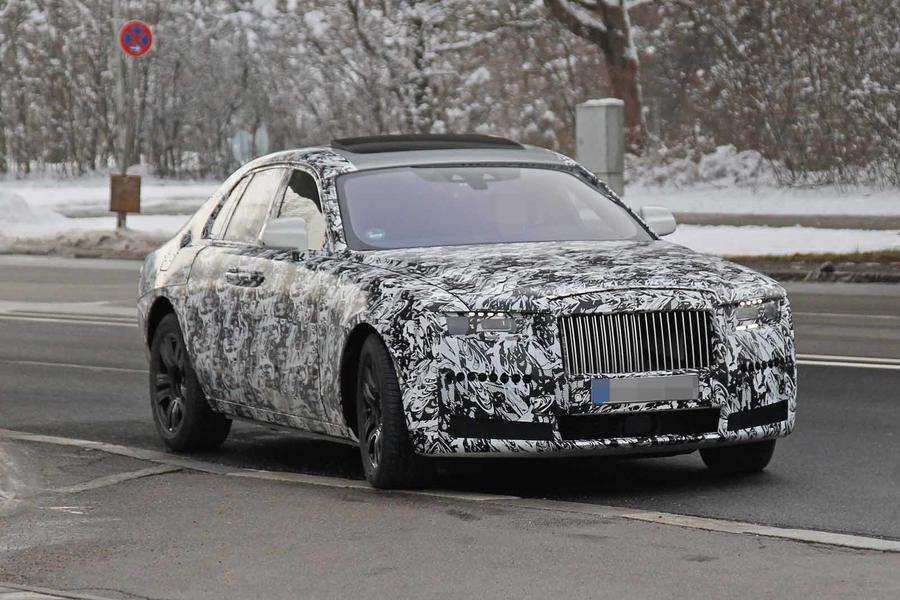 It will retain the signature rear-hinged rear doors and prominent grille design, with modern touches such as ‘laser’ headlights and LED tail-lights. The bigger news is under the skin, where the Ghost will benefit from an all-new bespoke aluminium spaceframe platform.

The outgoing Ghost shared a steel monocoque with the BMW 7 Series, but the new model’s bespoke architecture signifies Rolls-Royce’s greater autonomy from its parent firm. In the Phantom, the platform is claimed to result in a 30% improvement in body stiffness over its predecessor. The rigidity gains for the Ghost are likely to be less, however, given the outgoing car’s relatively modern platform.

The move from steel to aluminium should also make the 2020 Ghost lighter than the current car, which weighs 2.36 tonnes in standard form and 2.45 tonnes in extended-wheelbase guise. However, Rolls-Royce is likely to offset some of the kerb weight benefit with an increase in technology, equipment and insulation.

Some of the car’s mechanical development and testing has taken place in BMW’s German facilities, rather than at Rolls-Royce’s Goodwood headquarters. A 6.6-litre twin-turbocharged V12, shared between both brands, was developed to Rolls-Royce’s own specifications and will feature in the Ghost. That engine develops 577bhp and 626lb ft of torque in the range-topping BMW M760Li xDrive, but sources suggest it could produce more in the new Rolls-Royce. 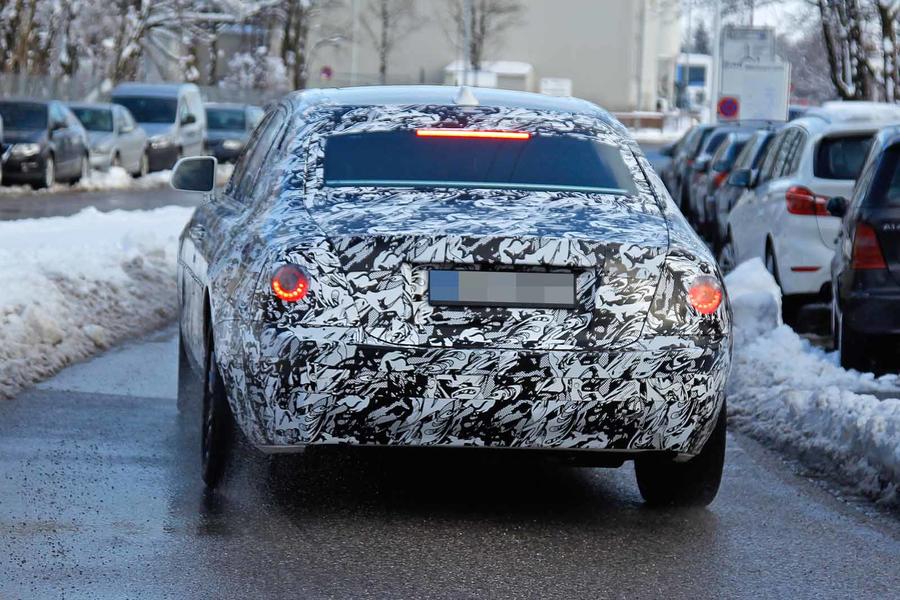 The Ghost also looks likely to adopt four-wheel drive in a change to the outgoing model, which when mated to a faster-shifting eight-speed automatic gearbox should mean betteracceleration. With a decrease in weight and the engine’s greater on-paper efficiency, small fuel economy gains are likely, although extra tank range is more of a priority for Rolls-Royce owners.

The Ghost will continue the technological advancements introduced with the latest Phantom and Cullinan. That means it’s likely to feature a 48V electrical architecture, allowing an active anti-roll system, while four-wheel steering should also improve low-speed agility and high-speed stability.

The interior of the new Ghost has yet to be seen, but it is expected to reflect the same blend of discreet, high-end tech and traditional coachbuilt material richness of its current siblings. That means digital dials, a head-up display and active safety features, as well as details such as an infotainment screen that electrically slides out of sight when not required.

Glad they are 'Ringing it.

Glad they are 'Ringing it.  Can't wait to take mine to a track day.

Hopefully they wont go full SUV and give the Wraith a proper ( ie, coupe ) replacement.

The Wraith is a damn good looking car.

Having sat in the back of a Bentley I can honestly say it’s the way to travel, it’s what we’d all like our cars to be , comfy, quiet everything just so, but, we can’t, so, there a new RR coming, I’m sure it’ll be nice.

Butt-Fugly like all German pastiches of British classics, nothing shouts "get out of my way" like a BMW Phantom, the Bentleys all seem to have the same bog-eyed look and now sport tarted up Audi interior design.