BACK TO ALL NEWS
Currently reading: Mini John Cooper Works updated for 2022
UP NEXT
New Kia EV9 primed as premium electric range-topper

The Mini John Cooper Works hot hatch has been updated for 2022, with fresh styling and new equipment following the path laid out by the standard car earlier this year.

The front end gains new LED headlights and a hexagonal-patterned grille, and red highlights underline the sporty credentials of the car.

Sports brakes developed by Brembo are standard and bear the John Cooper Works logo. The alloy wheels are 17in as standard, although they can be upgraded to 18in wheels with a two-tone design unique to JCW models. 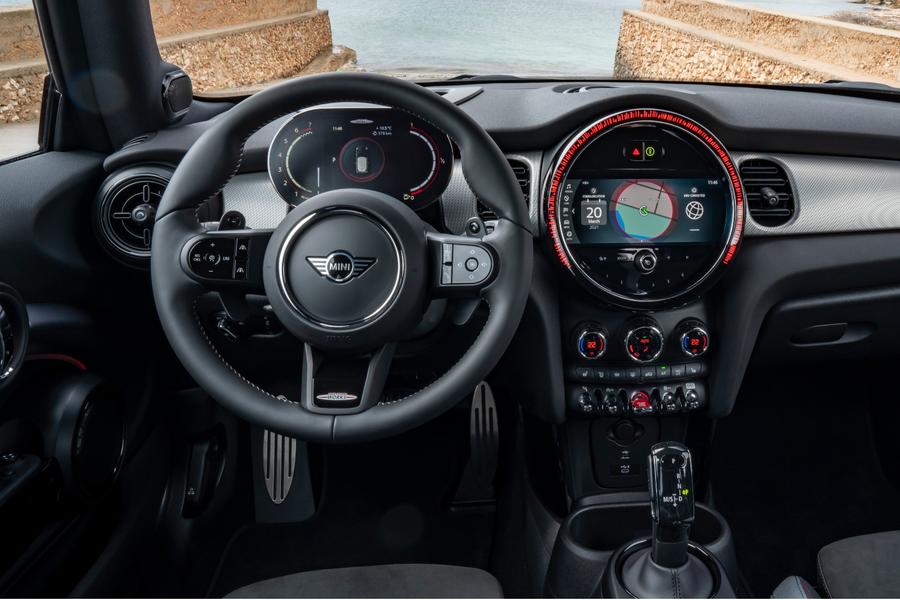 At the rear, two 85mm stainless steel exhaust pipes sit in the middle of the diffuser, which has been redesigned to improve airflow and boost performance.

Meanwhile, the 2.0-litre four-cylinder engine is unchanged, still producing 228bhp and 236lb ft of torque. The 0-62mph sprint takes 6.3sec when the car's equipped with the six-speed manual gearbox, while the eight-speed automatic shaves two-tenths off that time.

The company says adaptive suspension is now available as an option, with an extra valve incorporated into the dampers to smooth out the ride over bumps and potholes.

Inside, a new 8.8in touchscreen infotainment system with updated graphics should be more intuitive than before, according to Mini. The colour of the central instrument display changes to reflect the different driving modes: Lounge mode gets relaxing blue tones, and switching to Sport engages a red scheme in addition to sharpening the steering and throttle response.

Sports seats finished in Dinamica and leather are included in the JCW package, and Piano Black interior trim pieces match the black detailing on the outside of the car.

Prices start from £27,300 for manual versions, while autos cost from £28,675. The Mini John Cooper Works is available in three-dorm form only.