BACK TO ALL NEWS
Currently reading: Lotus plans more electric sports cars beyond 2027 Type 135
UP NEXT
Official: Ford Bronco 4x4 coming to Europe in 2023

The keenly anticipated Lotus Type 135 EV won't be the final two-seat sports car from Hethel, despite its push into more mainstream segments and ambitious sales projections.

Due to be revealed in 2026 before production begins in 2027, the Type 135 will be similar in spirit to the new Lotus Emira and its recently retired Elise, Exige and Evora predecessors - but it will make the landmark switch to electric power.

Like those cars, it will feature 'mid-engined' proportions – and the resultant keen dynamics that go with a low centre of gravity – courtesy of an innovative stacked battery arrangement made possible by Lotus's new LEVA architecture.

Crucially, though, said managing director Matt Windle, "it will sit in its own segment" rather than replacing any current car outright.

Windle wouldn't be drawn on its more precise positioning but confirmed: "I've seen the design of the car. It's very exciting. Performance-wise, it will be incredible. We've set out the attributes we want from it, and we're really looking forward to getting it here."

He added that "there will be an overlap" between the Emira and the Type 135, and the former – Lotus's final ICE car – could become a lower-volume proposition as it's gradually phased out. But Lotus has yet to put an end date on the Emira. 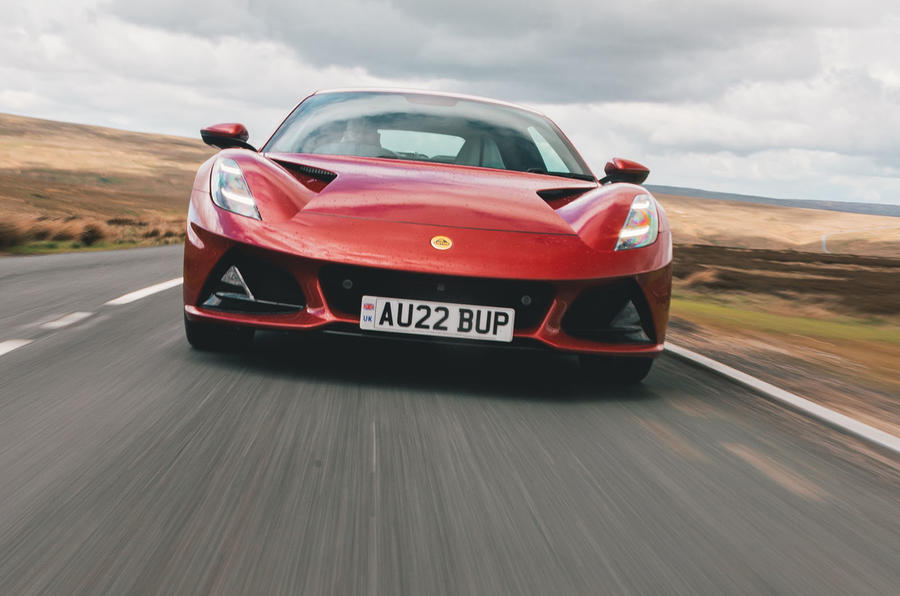 It also won't be a carbon copy of any related car from Alpine, which is in talks with Lotus over shared development of the LEVA platform with a view to using it for a successor to the A110.

"If we go forward, which isn't confirmed yet, they will be different cars, because we don't want to be competing with each other in the same market," said Windle. "But at the moment, the project is progressing at the pace we would expect it to be."

The Type 135, unlike Lotus's more 'lifestyle'-oriented EVs, will be built at Hethel.

"2027 is the target for SOP [start of production]. We've got a heck of a lot of work to do before then, because that will be a volume uplift compared to where we are with the Emira," Windle told Autocar, suggesting that Lotus's dramatic ramp up to 100,000 global sales by 2027 will have implications for its enthusiast-oriented sports cars as well.

He added: "It can be built in the same area [as the Evija hypercar]. What we've done with the Evija line is make it monument-free so that it's flexible and we can move it around."

But when asked if Lotus could move away from "traditional" (ie low-slung, lightweight and agility-focused) sports cars in line with its mass-market ambitions, Windle was quick to say "no".

A decision on future EV sports cars beyond the Type 135 will be made once the Emira and Evija are in full-scale production.

"We need to start doing Vision 90, but we haven't got our heads around that yet," said Windle. "Once the Emira and Evija are flowing properly, we need to start working out the strategy for the next 10 years."