BACK TO ALL NEWS
Currently reading: From London to Longbridge: The streets that made Mini
UP NEXT
Toyota bZ4X deliveries still on hold after wheel detachment concerns

From London to Longbridge: The streets that made Mini

From the street where Alec Issigonis lived as a boy to John Cooper’s Surbiton workshop, we explore the Mini’s London roots
Open gallery
Close

The third-generation Mini may be manufactured in Oxford, but the iconic small car has roots all over the country. We traced the London origins of this motoring classic.

The all-new BMC Austin Se7en and Morris Mini Minor were first shown to the press on 18 and 19 August 1959 at the Chobham (now Longcross) test track in Surrey.

It was an exceptionally radical family car for the time, but the Mini’s creation was the result of a number of coincidences and events. Alec Issigonis was already known for his popular and respected Morris Minor. He left Morris in 1952 for Alvis just as BMC was created from Austin and Morris (as well as Riley, Wolseley and MG).

Issigonis returned in 1956 and started work with a tiny engineering team of three people. BMC’s desire to build a super-economy car was born out of the arrival of petrol rationing in December 1955 and the happy coincidence that Issigonis had been working on a super-compact car with front-wheel drive. The journey from Longbridge to the press unveiling at Chobham was swift, with the first driveable ‘Mini’ prototype thought to have been completed by July 1957.

According to the definitive Mini history by AROnline, pilot production began at Longbridge on 2 April 1959 and on 8 May at Cowley. It’s highly likely that Chobham was chosen because it was the nearest test track to the capital (it’s now just a few miles outside the M25), and the Fleet Street-based national newspapers were a much mightier power in the land half a century ago. 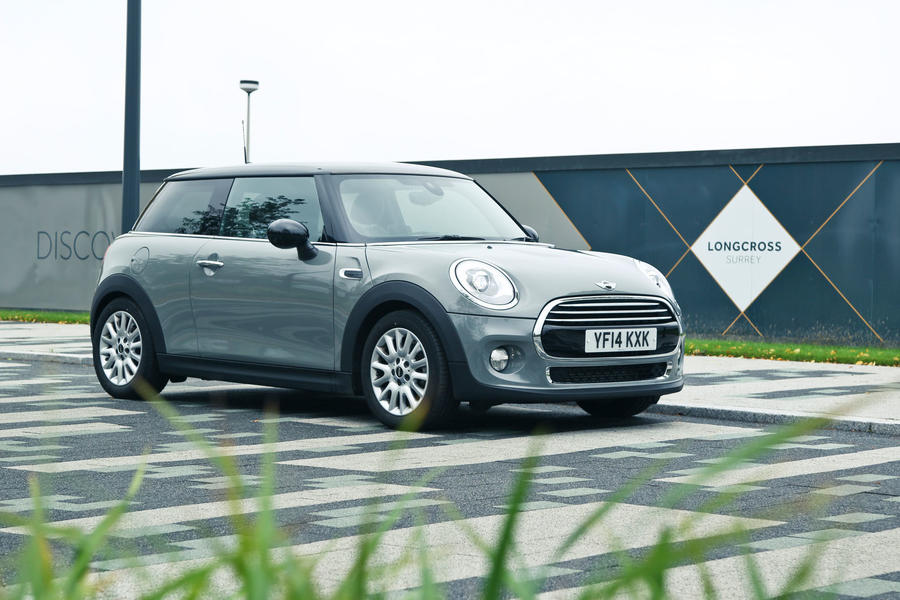 The story of one of Britain’s most single-minded engineers — and the long route to Chobham on 18 August 1959 — began on 18 November 1906 when Alexander Issigonis was born in what was then Smyrna. Issigonis’s grandfather had worked as a railway engineer for a British-funded project in what is now Turkey, before becoming a British citizen. His mother — Hulda Prokopp — was from a wealthy Bavarian brewing family.

By coincidence, her sister was to become the grandmother of Bernd Pischetsrieder, the BMW boss who bought the Rover Group and in 1994 took the then-moribund Mini brand into the BMW family.

The war between Greece and Turkey resulted in British citizens being evacuated from Smyrna (now Izmir in Turkey) to Malta. It’s thought that Issigonis’s father died in Malta, so he and his mother left for London and are usually described as arriving penniless. The two rented rooms in Crescent Grove, by Clapham Common in south London. It’s possible they were sustained by her Bavarian relatives, but we cannot be sure.

Having settled in Crescent Grove in 1923, Issigonis seems to have quickly enrolled at the local Battersea Polytechnic to study mechanical engineering.

Most of the sizeable towns in the UK had a polytechnic or similar by the end of the 19th century, and Battersea’s impressive terracotta Poly opened in 1894.

It offered courses in electrical engineering and other trades and crafts. It was a way into skilled work for poorer people and those who could not reach university via state schooling. As a migrant and, furthermore, one who was a refugee, this was an ideal way for the son of an engineer to get on the professional ladder.

However, Issigonis famously struggled with the mathematics part of the course. His genius lay in his three-dimensional engineering sketches, although throughout his career he always needed a close team to translate them into reality. 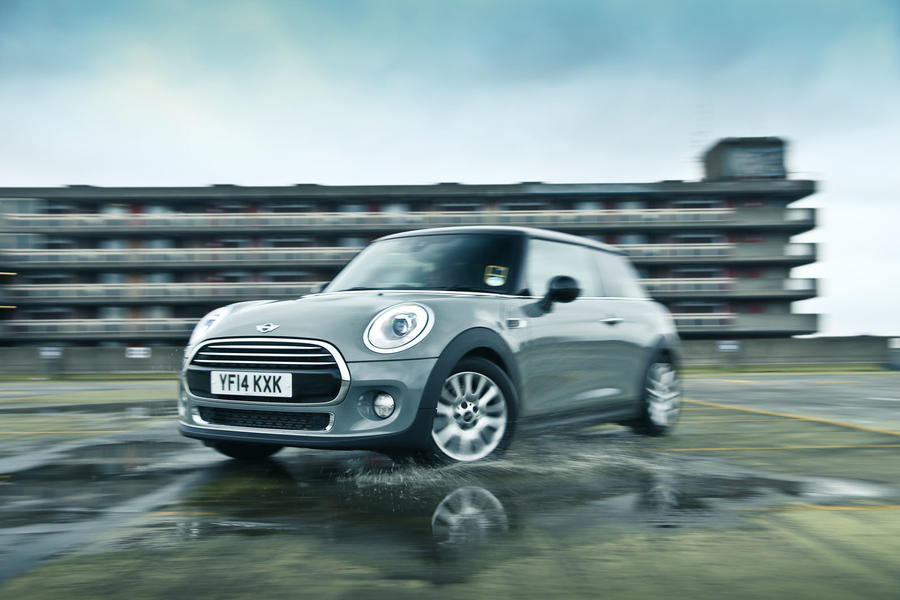 The Mini’s handling magic was apparent from the first test drives. As Autocar said of the Mini-Minor De Luxe following its Chobham launch: “Throwing convention to the winds often produces freaks in the automotive world, but when done by a clever designer the result may be outstanding. It is certain to interest the sporting motorist.”

The Mini’s potential certainly attracted John Cooper. His Surbiton-based operation was on the verge of upending F1, by winning the 1961 championship with his radical mid-engined cars.

Not only did the Mini clearly have the ability to handle much more power but the unusual use of suspension subframes in its construction also aided its potential as a sporting car.

The first 997cc Cooper was launched in September 1961, just over two years after the Mini first appeared. Restricted by having a lightly modified A-series engine, it wasn’t very quick but was still a critical hit.

The faster Mini Cooper S appeared in 1963 and the little car’s reinvention as a performance legend was sealed in 1964 with its first win on the Monte Carlo Rally.

Hard on the heels of the Mini’s reinvention as a tiny competition car that could outrun establishment vehicles came the high-profile celebrities of the 1960s.

It’s popularly believed that the first coachbuilt Mini was ordered from coachbuilder Harold Radford in 1963 by actor Peter Sellers, for his wife, Britt Ekland. It cost £2600 when a standard Cooper cost just £679.

Radford was based in King Street, Hammersmith. Much of the area was swept away in the late 1960s and replaced by Brutalist-style car parks and flats. The company was best known for its Rolls and Bentley conversions, and while the celebrities of the day were attracted to the Mini’s essential modernity and its ‘classlessness’, they were not likely to put up with its basic conception.

The Sellers Mini was quickly followed by a similar offering from Harold Radford itself, called the Mini de Ville. This came in three specification levels, but all versions included new instrument packs, wooden dashboards, Rolls-Royce-style seats and even new headlights.In 1965 the de Ville was also made available with a hatchback and folding rear seats. An example was famously owned by Beatles drummer Ringo Starr, who was supposed to have needed the little car’s additional versatility to carry his drum kit. 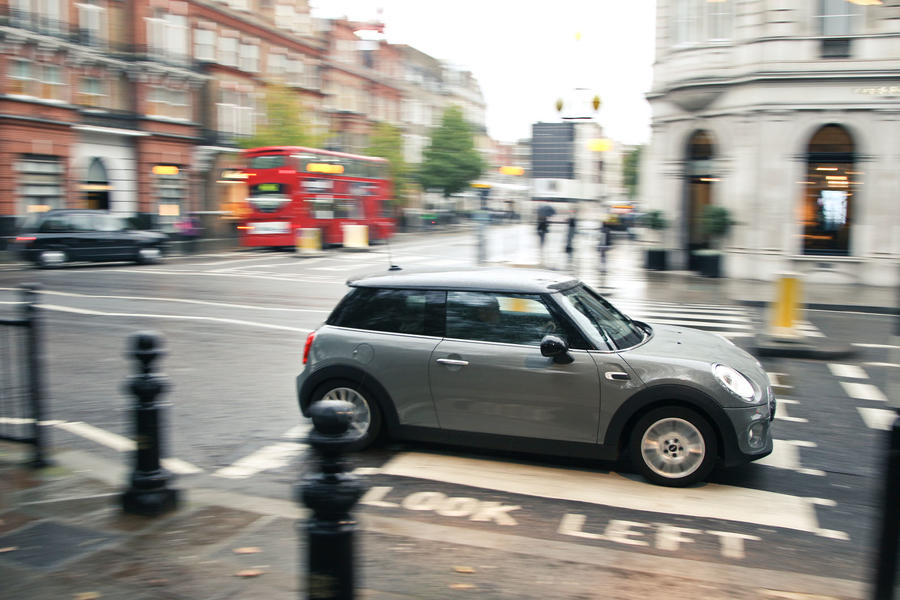 The Beatles’ arrival heralded revolutions in architecture and fashion. The new drive towards a less class-bound society saw working-class youth taking centre stage. Photographers including East Ender David Bailey became popular, along with fashion icons such as Twiggy. Two of the most famous and influential runways for the fashion and youth culture were King’s Road in Chelsea and Carnaby Street in central London.

Once again, the Mini found itself at the centre of a social trend. Its modernity and classlessness were completely in tune with the times, and even modernising members of the royal family were seen driving Minis around the capital.

Issigonis was outlived by his creation. He died in Edgbaston, Birmingham, in late 1988. In the early 1990s a reviving Rover Group took the car back to its 1960s heyday by relaunching the much-loved Cooper.

In February 1994 BMW bought the Mini as part of the Rover Group. While reviving the model was on its agenda, how to reinvent it was the biggest hurdle. The internal discussion came down to any new Mini either developing the original’s exceptional use of space or its excellent driving dynamics.

BMW’s reputation for the latter won the day. The company’s decision to sell off the Rover Group in 2000 meant the new Mini was not launched until 2001.

It made its global debut in a converted warehouse in Mandela Street, north London, presented by designer Frank Stephenson, whose original sketches had been chosen five years earlier.

Today Mini is, like Issigonis’s beloved mother, Bavarian.  It has also been successfully reinvented, although it is a long way from its ‘everyman’ roots.

However, you could argue that the current model comes in the original’s multiple body styles, has the dynamics of the Cooper and features many of the luxuries of the coachbuilt specials. It also remains one of London’s definitive cars and is still classless and youthful to boot. As reinventions go, that’s pretty impressive.

This article was originally published on 2 January 2015. We're revisiting some of Autocar's most popular features to provide engaging content in these challenging times.

Good grief who let the trolls in, Hilton?

I enjoyed the article and respect the effort you put into it, even if when you read the crap some other people have written, you probably wonder why you bothered!
kcrally 2 January 2015

I prefer the Mk1 Fiesta. (the

Not by a long way. It was preceded by various cars by at least 10 years, from France, Italy, and indeed the UK if one counts the Austin A40 Farina.

the endless Mini promoting? Particularly the last one looks so oversized that it might be called New Maxi. I wonder if Mr. Issigonis woul have approved. Probably not.
View all comments (7)