A Japanese brochure has revealed the full styling and some tech specs of the 2017 Suzuki Swift, as well as pricing and fuel economy
Open gallery
Close

The 2017 Suzuki Swift will gain a mild hybrid powertrain, according to a leaked Japanese brochure showing the full specification of the car.

The hybrid model, badged 'Hybrid RS' appeared in the brochure, confirms Suzuki's sharing of powertrains across its range as the hybrid also features in the Baleno. However, a Suzuki UK spokesman couldn't confirm if the variant would make it to the UK. Brochure images appeared on

The brochure also confirms that the Swift will be available in both two and four-wheel drive, and states the official Japanese fuel economy figures for both the 1.2-litre mild hybrid and standard, 1.0-litre-engined Swifts - 77.4mpg and 56.5mpg respectively.

In Japan, the Swift will start from around £9100 according to the brochure, although UK pricing is likely to be slightly higher than this. The entry-level current-generation Swift starts at £9249.

Although fairly grainy, the previous image revealed the car's complete front-end styling, which matches design sketches that leaked out from Suzuki earlier this year. It also shows the body beneath the camouflage of the test car that we spotted a few months ago.

Just like those images, the production car has a dominant front grille with a body-coloured strip across it, swept-back headlights and what appear to be the diamond-cut alloy wheels depicted in the leaked design sketches.

The stubby length of the door and the same design features as the leaked sketches suggest that this is a five-door Swift and further fuel speculation that the next Swift will be a five-door only. Suzuki's next Swift is slated to share engines with the Baleno and Ignis, including the 1.0-litre Boosterjet and 1.2-litre Dualjet. 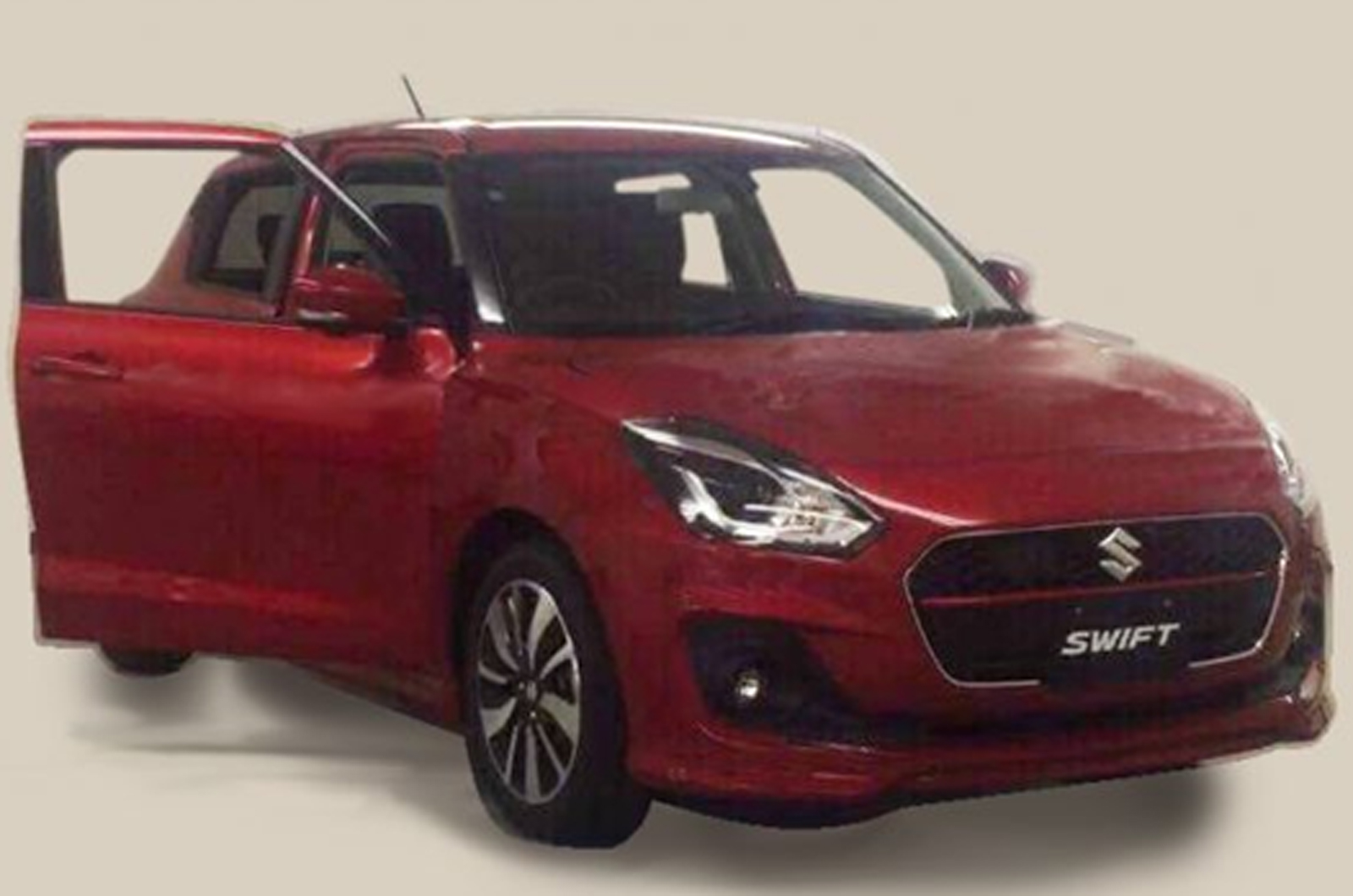 We expect the next Swift to go on sale in the UK in summer, after a likely reveal at the Geneva motor show.

Disappointed. Whatever happened to the fresh clean looks of the previous 2 generations (a la Skoda Fabia)?
ianp55 19 December 2016

Coming hot on the heels of the Ignis, Suzuki are really on fire with the latest Swift, looks great will no doubt be very competitive on pricing should sell by the shed load. Just thinking what the Sport version will be like makes heart beat faster,bring it on.
DelTA 19 December 2016

She "who thinks she should be obeyed" has a current Swift Sport and it's such a hoot to drive, and inexpensive to run, that the easily scratched plastics can be forgiven.

Hope this new one (with, according to her, "added sad puppy dog face") is just as good to drive as it's at the top of her list when replacement car time comes around next year.