BACK TO ALL NEWS
Currently reading: Lamborghini readies PHEV versions of Urus, Huracan and Aventador
UP NEXT
Ford backs call for European ban on new ICE cars from 2035

Lamborghini will introduce plug-in hybrid powertrains to all three of its current model lines within the next three years, before launching its first battery-electric vehicle by the end of the decade.

The brand's three existing models will be electrified in 2023 and 2024, with the arrival of the facelifted Urus SUV and what are expected to be the successors to the V10 Huracán and V12 Aventador supercars. While the Urus will offer various powertrains where regulations allow, the Huracán and Aventador successors are likely to be sold exclusively as plug-in hybrids.

The move is part of Lamborghini's Direzione Cor Tauri roadmap, driven by the need to reduce the firm's environmental impact and under which the firm will invest more than £1.3 billion in PHEV technology in the next four years. But Lamborghini boss Stephan Winkelmann has vowed to "keep the DNA" of the brand and "take it to the next level".

"We know that in order to stay competitive we have to decide with conviction," said Winkelmann. "We have to shorten development times, and work with the utmost discipline. I see Lamborghini like a powerful rocket setting out for a new mission. The Urus was our first ignition on this journey, and now we are firing up the second stage."

Winkelmann refused to go into detail on the exact technical specifications of the powertrains planned for the supercars but told Autocar: “It will underline the CO2 emissions on the one hand and the power output on the other.” The firm is aiming to reduce the CO2 emissions of its product line-up by 50% by the end of 2025. 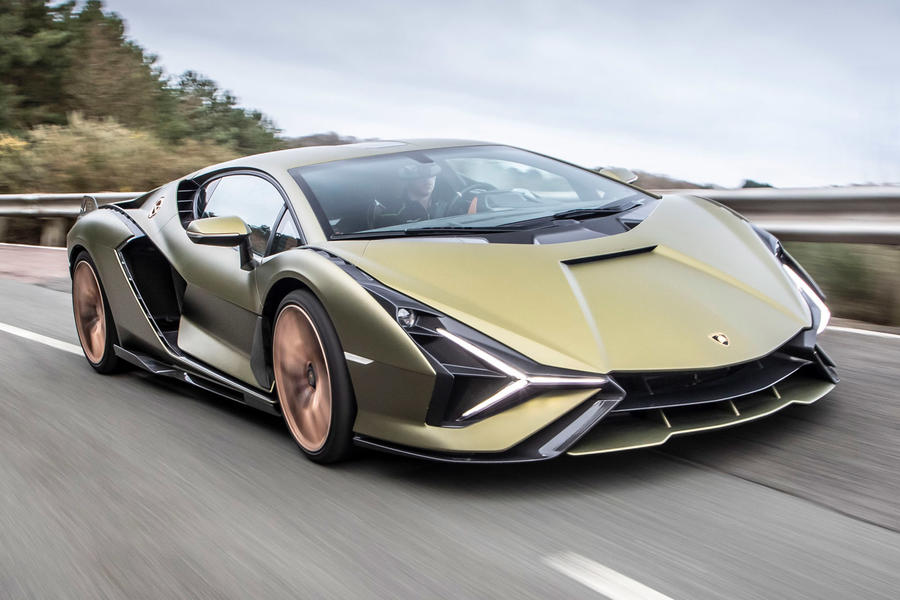 While Winkelmann said the Sián’s mild-hybrid powertrain is “a good bridge to test the reaction of our customers” to electrification, its limited electric capacity compared with a PHEV means that it wouldn’t meet Lamborghini’s future emissions targets.

Instead, the firm is likely to use a system similar to that seen on Ferrari’s SF90 Stradale, with an internal combustion engine powering the rear axle, an electric motor powering the front axle and torque vectoring used to balance the output.

Winkelmann added that the firm weas working to negate the potential performance disadvantages of PHEV technology. "Batteries also add weight, the alleged enemy of performance," he said. "At Lamborghini, however, we are used to balancing out weight additions. An increase in performance often leads to the addition of weight in the first step. Our cars excel in power-to-weight ratio, so we have a very good starting point for hybridisation."

Winkelmann said that expanded use of lightweight carbonfibre and other new technologies will be “crucial” in compensating for the extra weight of the PHEV batteries.

Before Lamborghini's hybridisation programme begins in 2023, Winkelmann said that the firm would use the next two years to “celebrate” the combustion engine and “pay homage to the brand’s glorious history and iconic products”.

Two V12 models are due this year, one of which is understood to feature electrified supercapacitor technology. While Lamborghini has refused to give details, it is understood at least one of the models will feature retro-styling inspired by some of the firm's previous supercars.

Winkelmann added: "Our naturally aspirated engines, as our super sports cars in general, remain the absolute benchmark in the industry. And looking into the future, they can be considered last of its kind. But don’t worry, we still have one or two surprises planned celebrating our combustion engines."