BACK TO ALL NEWS
Currently reading: Lamborghini previews radical open-roof hypercar
UP NEXT
Ford backs call for European ban on new ICE cars from 2035

An image of a disguised prototype was shared by recently-revealed Essenza SCV12, a track-only hypercar limited to just 40 examples. However, it doesn't share the that car's rear end design or motorsport-influenced rear wing, instead having more in common with the Aventador SVJ and the Sián FKP 37 hybrid that made its debut last year.

The Sián uses an electrified 6.5-litre V12 powertrain that produces 808bhp, allowing for top speed of more than 217mph and a 0-62mph sprint time faster than that of the conventionally powered Aventador SVJ. 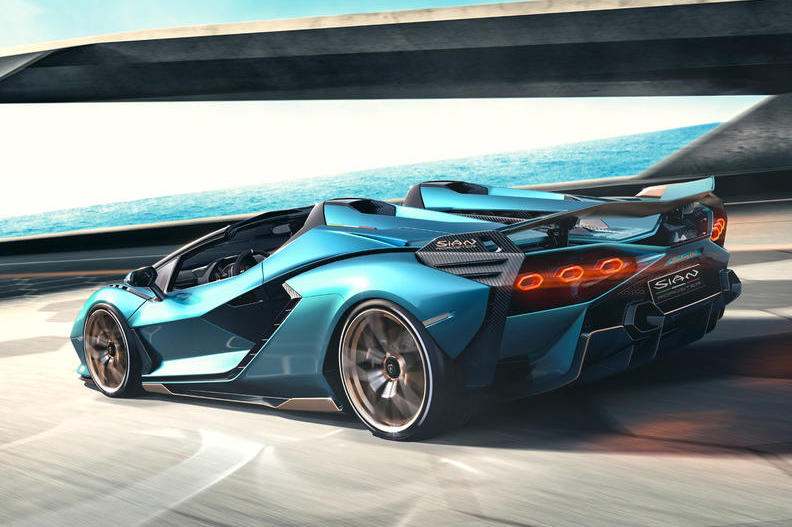 The Sián has already recieved a Roadster variant, which is limited to just 19 examples, meaning this new car could end up being even more exclusive.

Lamborghini has produced one-off roadsters in the past, most notably the 2012 Aventador J, though a small production run would allow it to compete with the McLaren Elva and Ferrari Monza SP2.

Little else is known about the prototype, including when it could make an official debut - or indeed whether it will reach production at all.

If it does get released, it will likely be the first new model to arrive following the departure of Lamborghini boss Stefano Domenicali, who will become the president and CEO of Formula 1 in January.

Yes, it has the looks of a Lamborghini, but, honestly, it could be anything, personally, I hope it's not, unless some rich person is paying a very high seven figure price.

has to be Lamborghini. Need more info before commenting further...
View all comments (4)