Kia has expanded the UK line-up of the e-Niro electric SUV with two new models, including a sub-£30,000 entry-level variant with a smaller battery that offers a range of up to 180 miles and a sub-£30,000 price tag. 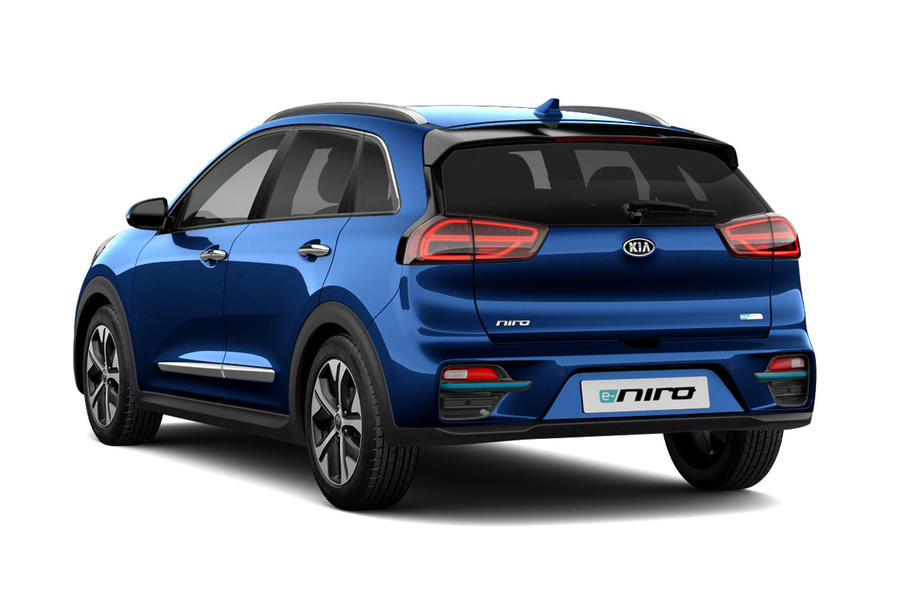 The e-Niro 2 is offered with 17in alloy wheels, a 7.0in digital instrument cluster and an 8.0in infotainment touchscreen featuring Apple CarPlay and Android Auto. Driver assistance systems including automatic lights, adaptive cruise control and forward collision avoidance are also included. The e-Niro 2 costs £29,595 after the UK government’s £3000 plug-in car grant.

The e-Niro 3, which effectively matches the spec of existing e-Niro, features a 10.25in touchscreen and adds heated front seats and a wireless smartphone charger, among other kit. It continues with the 7.2kW AC charger, which can complete a full battery charge in 9hrs 35mins. It costs £33,850 after the plug-in car grant, which marks a £1000 increase on the 2019 model.

The e-Niro 4+ is described by Kia as the flagship version of the EV. It features the upgraded 11kW three-phase AC charger, which cuts a full battery charge to exactly seven hours.

As well as the upgraded charger, the 4+ also adds kit including an electric sunroof, bi-function LED headlights, ventilated front seats, heated rear seats and an eight-speaker JBL stereo. It's priced from £36,145 after the government grant.

What is often not taken into

What is often not taken into account is that the smaller battery model should be lighter if they are te same density, so if you are only doing short journeys and using your own electricity most of the time as well as using less energy it will be cheaper to run.

The smaller battery model choice is not a question of right or wrong. For some its ideal, or others not. What it does show is that the BEV  market is maturing nicely by offering  choices, in range and power and trim. Just like ICE offers options.

Under £30k, I was expecting

Under £30k, I was expecting that to be before government grant not after. Still too expensive for me anyway, the range wouldn't be an issue, I agree with Kia that a realistic 150+ mile range is pretty much adequate for a lot of my motoring needs, can't speak for others obviously.
View all comments (6)