BACK TO ALL NEWS
Currently reading: Jeep updates Compass with new engine, gearbox and tech
UP NEXT
Tesla to expand select UK Superchargers to other electric vehicles

Jeep has given its Compass SUV a series of upgrades for its 2020 model year, including the introduction of a new 1.3-litre turbo petrol engine.

The new unit, which made its debut on the Fiat 500X crossover, is available in 128bhp form with a six-speed manual gearbox and 148bhp form with a new six-speed dual-clutch automatic. Both units put out 30lb ft more torque than the 1.4 petrol they replace.

Both are also front-wheel drive only, whereas the previous Compass was offered in just 4x4 form with an automatic ’box. Jeep claims a 27% reduction in CO2 emissions and a 30% improvement in fuel economy compared with the old 1.4-litre 4x4 auto models.

The new dry dual-clutch gearbox also brings a Sport mode that, along with adjusting shift behaviour, holding on to a lower gear and boosting throttle response, also increases the steering weight. 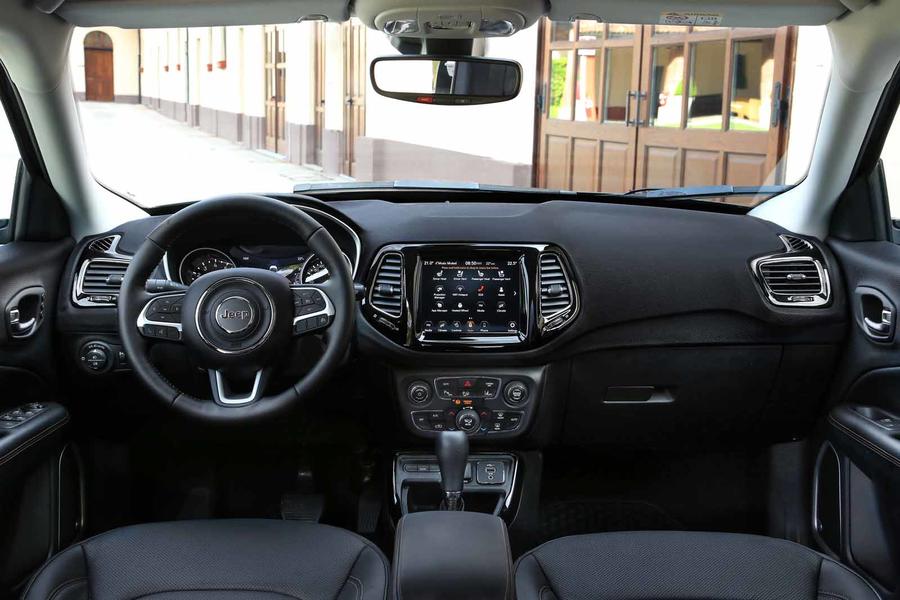 Elsewhere, Jeep will offer a plug-in hybrid 4xe version, which uses the same 1.3-litre petrol mated to a rear-axle electric motor to enable all-wheel drive, in the second half of this year. The 4xe can be had in 187bhp and 237bhp forms. Finally, the 1.6-litre diesel now gets selective catalytic reduction to cut particulate emissions.

The Compass also receives new technology, including Jeep’s Uconnect services, across the range, providing an array of online functions and the ability to connect the car to a mobile app or smartwatch. The 4xe models will feature tech such as cabin pre-conditioning, too.

No mention of prices I see,over the past decade Jeep have hiked the prices of their products so much that they've priced themselves out of the market. Also the dealer network has been shredded so much since the takeover by FIAT it's not that easy trying to trying to get to a showroom without a trek. Jeep have let the market trickle through their fingers, previous generations of the Cherokee and Cherokee Chief sold well but the former is no longer on sale here and sales of the Chief are a shadow of it's former glories. Wake up Jeep UK or you'll suffer the fate of Chrysler and Dodge and exit the UK market

Selective Catalytic Reduction (SCR) wont do anything for particulate emissions Lawrence, thats what DPFs are for, its cuts NOx, you should know this stuff in your position.