One-off special edition, built for Simon Cowell, is painted to match 007's For Your Eyes Only wheels
Open gallery
Close

Silverstone-based David Brown has unveiled a one-off version of its modernised Mini Remastered, inspired by the Lotus Esprit from the 1981 James Bond film: For Your Eyes Only.

Purchased by music mogul Simon Cowell, the special edition is painted in a distinctive maroon and copper livery, complete with stripes and bold ‘Turbo’ emblems. As with the Monte Carlo version of the standard car, the wheel arches and roof are painted black.

The brake callipers are black, too, and sit behind a set of bespoke 13in alloy wheels, designed to replicate the classic sports car’s BBS items. 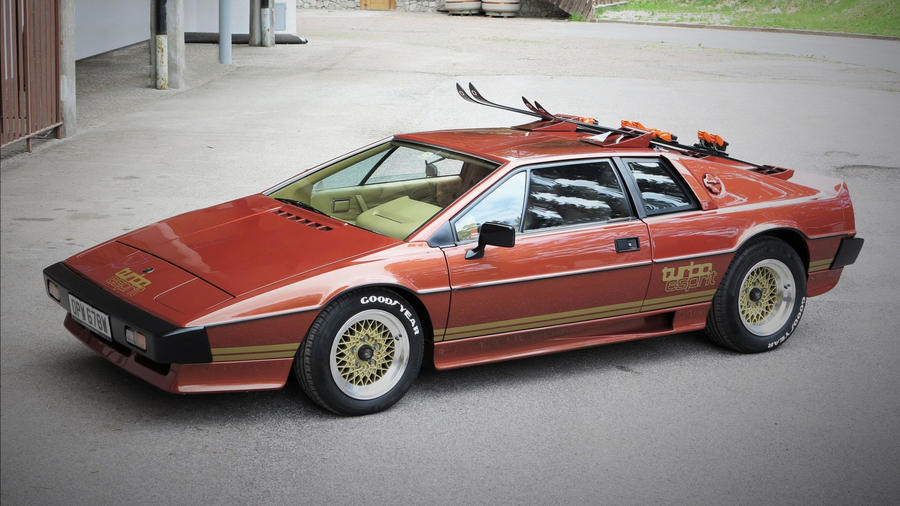 Although the decals would suggest otherwise, under the bonnet is the same naturally aspirated A-Series engine from the original Mini, albeit bored out to 1330cc and producing 83bhp. Power is sent to the front wheels via a five-speed manual gearbox.

The firm did not confirm what Cowell paid for the special Mini Remastered, but it’s likely to be in excess of the standard car’s £90,000 list price, given the bespoke paint job and interior.

Why couldn't they bother to

Why couldn't they bother to get the 'turbo' graphics even slighty correct?

Well I think it's great, can

Well I think it's great, can't see that it hurts matching a paint scheme from an iconic different car, a shame they didn't fit a turbo and get the turbo decal in the same font but that aside I think it looks great, of all these re makes it is the MGb LE that I would have. As for an esprit, well I have a jps colour scheme esprit in a heart beat, if I could.
gavsmit 6 March 2020

An abuse of wealth

Has Simon Cowell ever lectured 'normal' people about their incredibly lucky lives and how they must give more to charity like tax-evader and legendary hypocrite Bono?

If so, how does he sleep at night paying that sort of money for an old Mini when there's so many people suffering in the world? If not, oh well, he's got the money so why not......I'd like one too.