BACK TO ALL NEWS
Currently reading: Insight: How the BMW M5 makes four-wheel drive count
UP NEXT
Volkswagen unveils larger and more advanced new Amarok

The new BMW M5’s four-wheel-drive system does exactly what a drivetrain like this ought to do to any modern performance car: it broadens the car’s overall dynamic ability and makes its driver appeal more multifaceted without blunting its cutting edge.

The driveline is also clever enough to leave the car’s rear-wheel-drive handling purity intact when you want it to be, having a ‘2WD’ mode that totally disconnects the car’s front driveshafts. But during a fairly short track drive I had in a prototype earlier this year, the M5’s handling was at its dynamic best when the car was driven in ‘4WD Sport’ mode, where it blended throttle adjustability with traction and stability very effectively indeed. 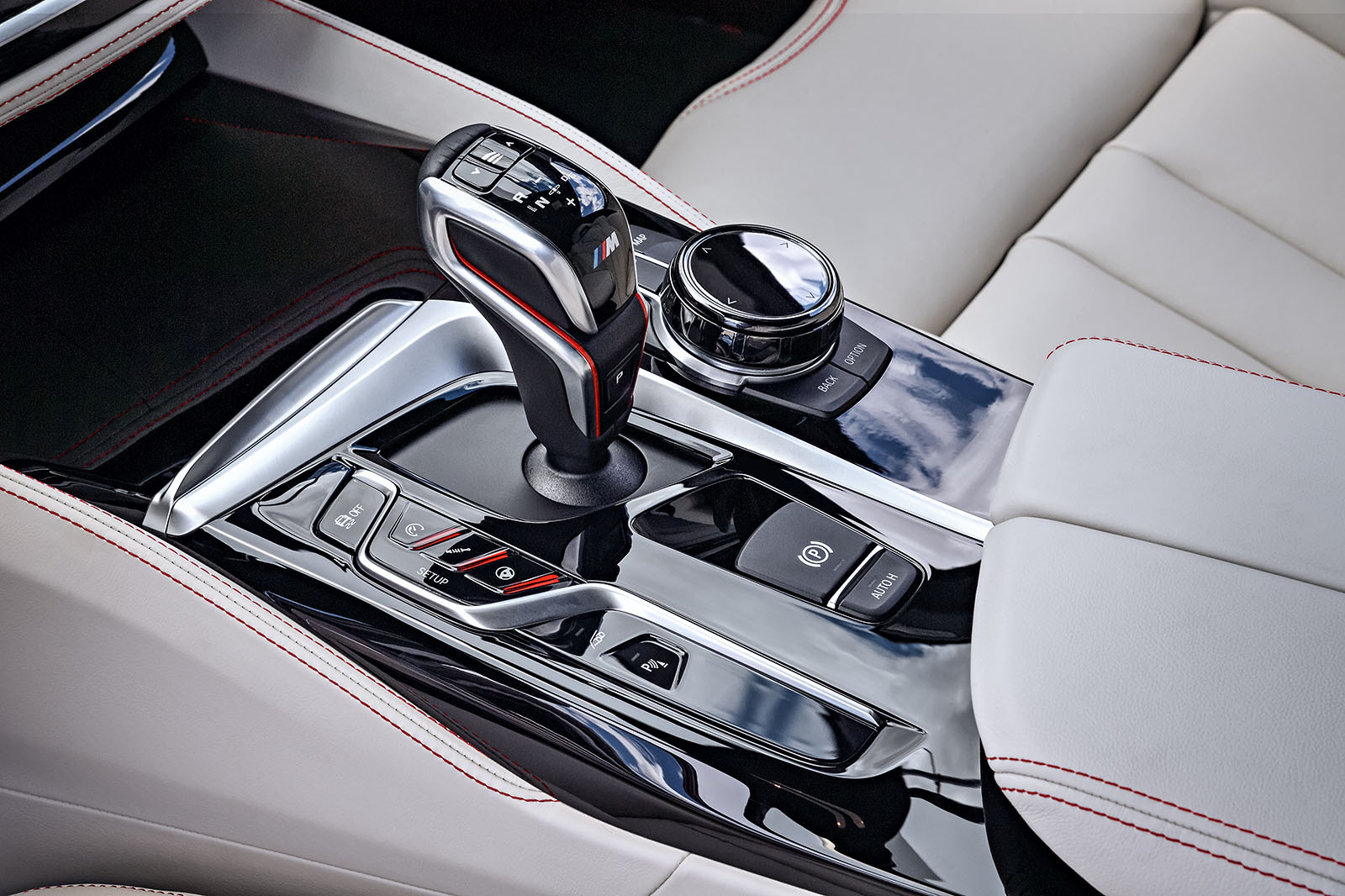 That speaks volumes about M division’s tuning of the car’s driveline and electronic stability control systems — and also about the processing power of the latter, which also sets the new M5 apart.

An electronic ‘chassis brain’, positioned just behind the nearside front wheel on the underside of the car, keeps tabs on the state and function of the stability control system, four-wheel-drive system and torque vectoring active rear differential. It can overrule the controller of each, according to what it thinks the driver is trying to achieve with the car. It has something called ‘feed-forwards logic’, all the rage in electronic stability control circles, which allows it to recognise patterns and trends in the various live data feeds available to it and thereby govern the car’s handling more proactively than reactively.

In short, this is stability and traction control in a whole new dimension — and, boy, can you tell.

In pictures: Autocar's history of the BMW M5

Too much of everything

I live in the South East. I'm hoping our over-crowded, roadworks-infested is an anomaly....and my northern and midlands friends zip about their respective conurbations of (say) Greater Manchester and Birmingham with joyous abandonment....or not.   But down here, in PCP Central, I not only question the power of M cars I question their sheer size.  Indeed, if you live in or around the M25,  frankly how on earth are you going to use your new M5 in a manner that differentiates it from selecting a petro-electric SUV ? Surely, you'd buy one of the latter and 'something for the (over-crowded) weekend', wouldn't you ?  The only people that can rejoice in the latest M5 has to be the exec called Fritz who does his commute from Nurnberg to Munich ? For the rest of us, well, exactly what does it suggest other than a slight undertone of sadness: shouldn't you have bought a 911 or a Aston for the weekend instead and do your commute in 320 i or d ?

This overt negativity, from the usual suspects that post here, is getting a bit silly. Of course you can't use the full potential of the M5 on public roads, then that's true of the over 80% of cars on sale today. Who the hell can use even half of the performance of the 700bhp plus McLaren 720S on public roads? So, how come no one bitches about that? For that matter, you can barely use even half of the performance of something like Fiesta ST.  So, should people stop buying Fiesta STs too, because of a handful of internet moaners who don't approve of their performance?

The point is, people have different tastes and want different cars. Not everyone one wants to run around in 1 litre petrol/electric hybrid bean cans.

Some would argue that the M5 combines the performance ofthe 911 or Aston with the practicality and day to day usability of 320i. So why not go for an M5?

Only UK motoring journalists think going sideways around a corner is some kind of statement of a road cars dynamic ability.