The Bentley Bentayga that completed the Pikes Peak International Hill Climb in 10min 49.9sec with two-time Pikes Peak champion Rhys Millen behind the wheel has been shown in action in the far less challenging Goodwood hill climb at this year's Festival of Speed.

Bentley also announced that it will offer W12 versions of its luxury SUV with bespoke features inspired by the record-breaking car. Ten special-edition versions of the Bentley Bentayga will be produced to celebrate its record time for a production SUV at the Pikes Peak.

Finished by Mulliner, Bentley’s in-house coachbuilding service, the Pikes Peak model comes in either Beluga black or Radium. It sits on 22in wheels, finished with a bespoke two-tone design of the two aforementioned shades.

Bentley’s Black Specification pack is added as standard, replacing all exterior chrome with gloss black. It also adds a carbonfibre splitter, side skirts and diffuser, while a rear spoiler is crafted from the same material. 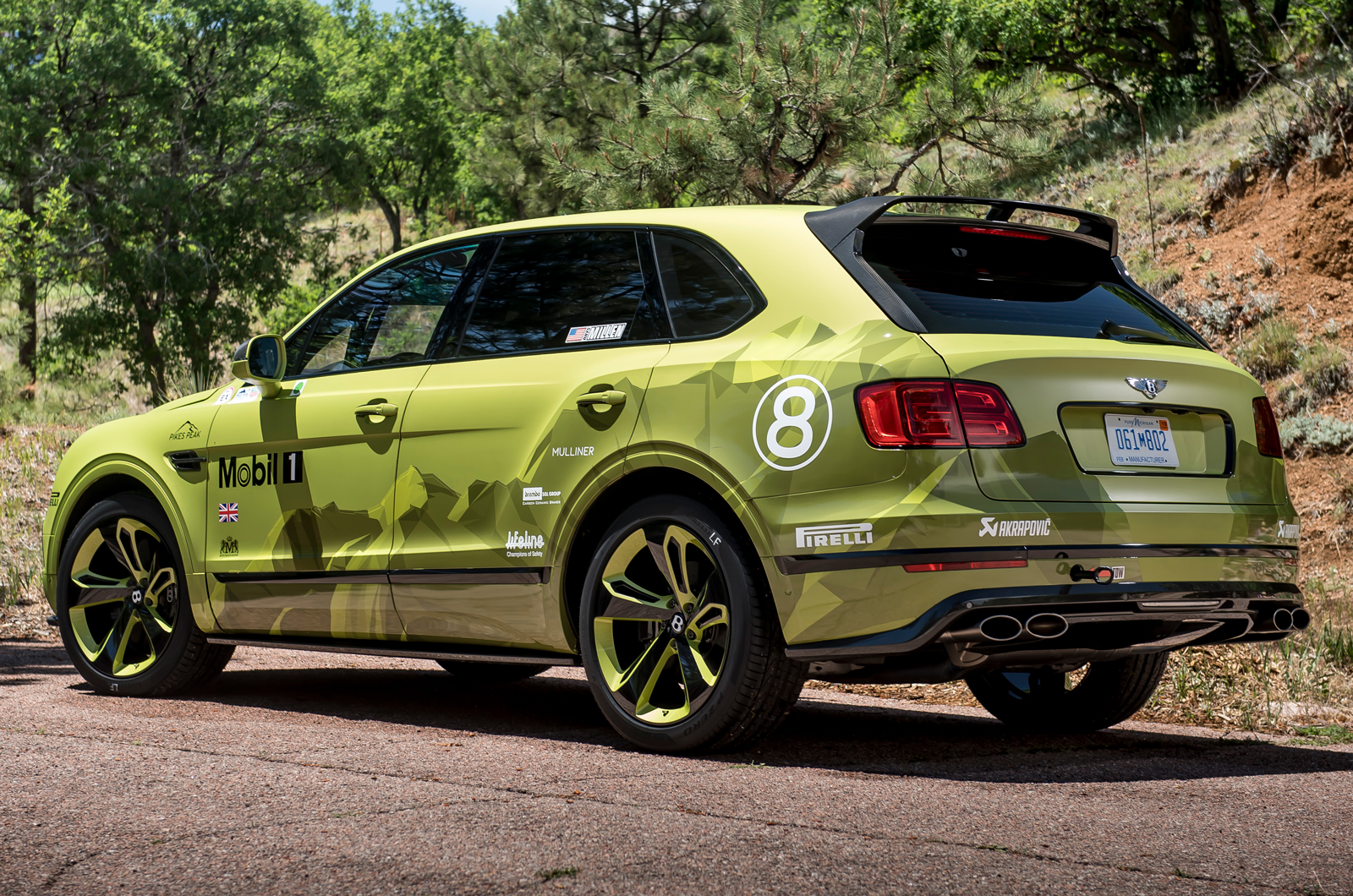 Drawing links to the record run is a Pikes Peak motif that sits on the front wheel arches.

Inside, the cabin is trimmed with Beluga leather, featuring Alcantara inserts and contrasting lime accents. The steering wheel and gearlever are also trimmed in Alcantara, while the headlining is made with Eliade cloth. The car gets a Pikes Peak logo on its carbonfibre fascia and numbered treadplates.

Like the car that took to the iconic hill, no changes have been made to the W12 engine. It produces 600bhp and 664lb ft of torque, and drives all four wheels via a ZF eight-speed automatic gearbox. The Bentayga Sports Exhaust and Touring Specification pack are fitted as standard.

Although Bentley won’t announce pricing until the car goes on sale in Europe and the US in August, it’s fair to assume a hefty increase on the standard W12 car’s £162,700.

Jealousy is alive and well in

Jealousy is alive and well in 2018

Haven’t you seen Vinyl wrapped Bentayga yet?, this color is tame by comparison, live and let live, you don’t like it? that’s fine but others do......

to tempt drug dealers and premiership footballers away from their Cadillac Escalades.