BACK TO ALL NEWS
Currently reading: Genesis prices up G80 and GV80 ahead of imminent UK arrival
UP NEXT
New Gordon Murray T33 is practical supercar with 607bhp V12

Genesis prices up G80 and GV80 ahead of imminent UK arrival

Ahead of its European market launch in the coming months, Hyundai's new luxury brand Genesis has priced up the first cars it will launch in the region: the G80 saloon and its GV80 SUV sibling.

The G80 is initially available with either a 199bhp 2.2-litre diesel driving the rear axle, or a 296bhp 2.5-litre petrol engine which drives all four wheels. Both send their reserves through an eight-speed automatic gearbox. The all-electric G70 Electrified is due to follow shortly afterwards.

The all-wheel-drive-only GV80, available with either five or seven seats, is also offered with the 2.5-litre engine, as well as a 3.0-litre turbodiesel. As expected, neither car is offered with the petrol V6 option sold in other markets.

Hyundai launched its premium brand in Korea and the US in 2015, and its European expansion will now begin with sales in the UK, Germany and Switzerland.

The decision to launch Genesis’s largest cars first is likely an effort establish the brand’s premium credentials and reflects the fact they’re the newest in its fleet, having been revealed last year. 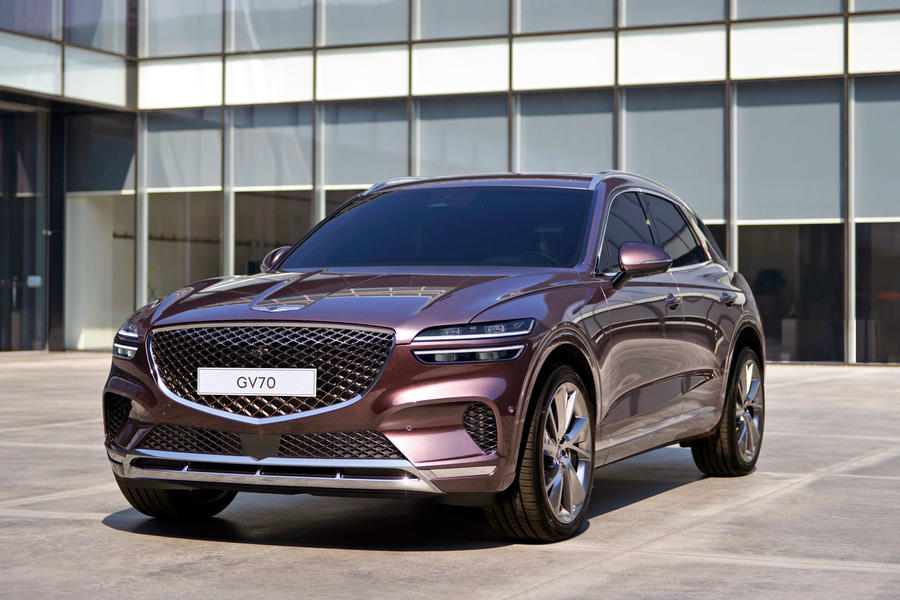 Two further EVs, including one built on a bespoke EV platform, will also arrive within the first year of UK sales.

Genesis has shared no details, but the latter is likely to be a production version of the Mint city car concept or X grand tourer concept. Genesis bosses say the marque will focus on offering a premium experience via an online-centred sales model and an emphasis on customer service.

It will implement a “transparent” set pricing structure, with a limited number of car specifications. A five-year care plan that covers servicing, roadside assistance and over-the-air software updates will be included in the price, plus Genesis will offer a car- subscription service.

Customers will be able to buy cars entirely online, although Genesis will also open ‘studios’ in London, Munich and Zürich for those who want to buy in person.

Every Genesis customer will also be assigned a personal assistant, who will be their sole point of contact throughout their buying process and ownership.

Who will service them? Presumably the 3xcellent Hyundai dealers, who have been removed from any profit from the sales. Cannot see them bending over backwards to fawn over the Genesis "premium" customer with any warranty claims,  nor the " premium" buyer too excited about sitting in a Hyundai waiting area next to a granny collecting her i20 from its MOT.

soldi 17 May 2021
Laughable launch strategy to lead with a diesel. Don’t they have anybody that can tell them what’s happening in the market?
And the personal assistant thing is so sexist - all women in the launch video, with men as centre managers.
So backwards.
eseaton 17 May 2021
I fully assumed I was looking at some sort of pimped CLS when I saw the first picture.