BACK TO ALL NEWS
Currently reading: Ford Mustang Bullitt production extended to 2020
UP NEXT
Lotus and Britishvolt to co-develop batteries for EV sports cars

Ford has extended the production of its special-edition Mustang Bullitt into 2020, after the initial run of cars sold out almost as soon as they were made available.

Prices now start from £48,210 for the limited-run muscle car, which makes the Bullitt just under £6000 more expensive than the regular 5.0-litre Mustang GT on which it is based.

It gains additional equipment including Recaro seats, upholstery finished with green stitching, an 8-ball gearknob and the Bullitt Electronics Package, which adds sat-nav, a premium sound system, blindspot monitor and cross-traffic alert, as well as driver memory seats and mirrors. Each car will have a unique chassis number plaque on the interior.

The Bullitt is marked out by Dark Highland Green paint (black is also available), with gunmetal-finished 19in torque-thrust aluminium wheels, red painted brake calipers and a black front grille. At the rear, the Bullitt false petrol cap shows the car’s significance. The Bullitt also gets a series of mechanical modifications to cement its status as the most special non-Shelby Mustang in the range.

It gets 453bhp and 388lb ft of torque, thanks to an open-air induction system, intake manifold, larger throttle bodies and the powertrain calibration from a Shelby Mustang GT350. The top speed is also increased over the regular 5.0-litre Mustang’s 155mph, to 163mph, thanks to the uprated power output. 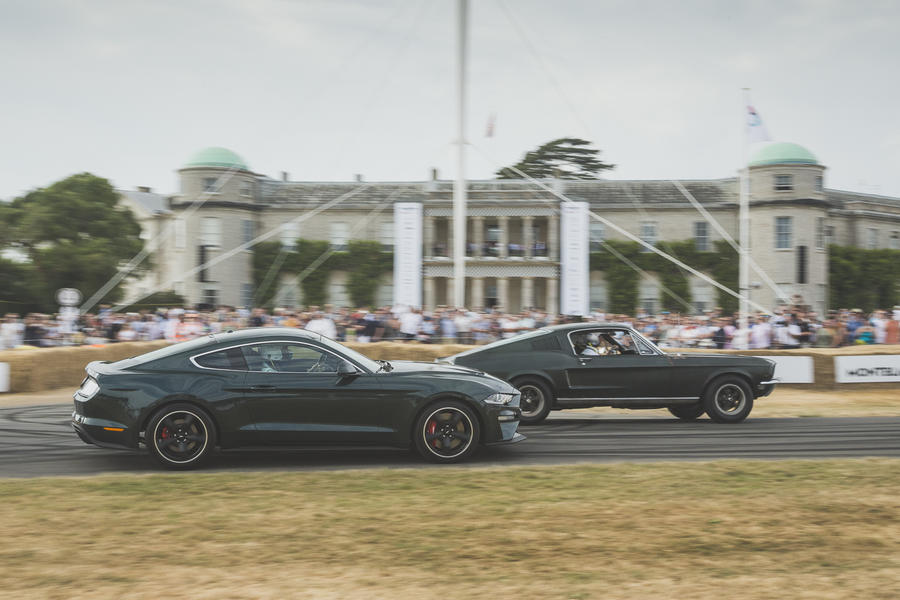 The first Bullitt to reach the UK was shown at the Goodwood Festival of Speed, where it was demonstrated alongside its inspiration - the original Mustang from the Bullitt movie.

Initially revealed at the Detroit motor show in January and since shown at the Geneva motor show and Festival of Speed, this latest iteration of the Mustang Bullitt is the third to pay tribute to the car that appeared in the movie Bullitt on the famous film's 50th anniversary. The first came in the Mustang’s fourth generation in 2001, and then again in 2008 for the fifth-generation Mustang, regarded as a reinvention of the model.

The Bullitt is based on the 2018 version of the car and gets a special livery inspired by the classic 1968 Mustang used in the Steve McQueen epic, best known for its car chase scene.

Williams Renault all over again

Although the chances are FORD won't get taken to court I do think they're pushing the loyalty of their fan base.

Although the chances are FORD won't get taken to court I do think they're pushing the loyalty of their fan base.

Why not, there is a meeting for group action in the USA - as the cars will depreciate higher than they were led to believe, and they are not as limited as were told - Ford are taking the p*** out of its owners, especially the £1.00 per minute call charge that they charge in the UK to speak to the tech people

This has serious hacked off

This has serious hacked off Bullitt 1 owners, they were told that the Bullitt from 2018 was a limited edition car, and that would be it, then Ford brought a second batch of 250 cars to the UK, then they decided to bring a 2019 batch and now a 2020 batch, so the cars were limited and now are not, perhaps the owners should do the same as the Renault Wililams Clio 1 owners did and take them to court for breach of contract.

When you adjust for the

When you adjust for the additional spec this isn't acutally bad value over the standard car. The extra power, design features and rarity cost you about £1100, the GB cars don't get the electronics package.

Also, the gearknob is a cue ball and not an 8-ball.