BACK TO ALL NEWS
Currently reading: First ride: 2021 Pininfarina Battista review
UP NEXT
Tesla to expand select UK Superchargers to other electric vehicles

£1.7m, 1900bhp four-motor electric hypercar is shaping up to be a true pioneer
Open gallery
Close

The Automobili Pininfarina Battista electric hypercar is currently undergoing final development testing before customer deliveries start later this year – and Autocar has had an early first taste of the 1900bhp machine.

The on-paper performance figures of the four-wheel-drive two-seater are incredible. Along with that prodigious power output, the electric motors produce 1696lb ft and the car weighs under 2200kg.

To understand how those figures translate to a real car, we were invited to ride alongside former Formula 1 racer and Pininfarina test driver Nick Heidfeld at the Nardò Technical Centre in Italy.

From the passenger seat, it is clear the £1.7 million Battista is a hypercar like few others. The only comparable car is the Rimac C_Two, on which it is based. The Rimac is built in Croatia, however, while Automobili Pininfarina’s production base is in Turin. 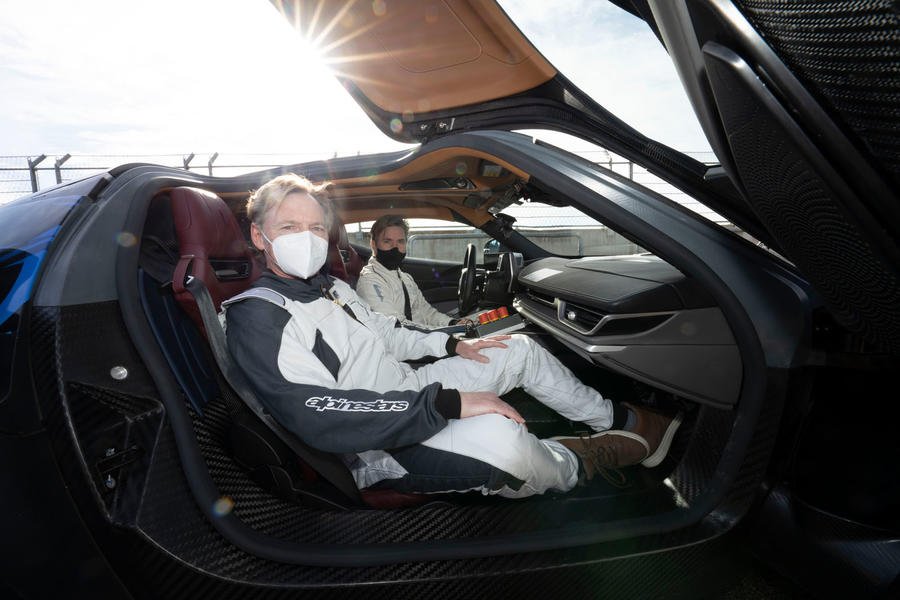 Exiting Nardò’s pits, the lack of aural drama is notable. While that’s standard for an EV, it’s especially odd in such a visually extroverted car. But once up to speed, the high-pitched whistle of the four electric motors under load does supply some sort of aural attraction. Automobili Pininfarina is working on a sound generator to give the car a more compelling soundtrack.

Obviously, we can’t get an intimate understanding of what the Battista feels like to drive from the passenger seat, but there’s enough here to suggest it will serve as a true pioneer for electric hypercars.

The four electric motors each power an individual wheel. The plan is to provide advanced torque vectoring on each axle, although the prototype we’re in does not yet have this function. Even so, the drive out of corners is extraordinary.

The delivery of power is instant when Heidfeld plants his right foot. Unlike with many electric cars conceived for a high top speed, Automobili Pininfarina has forgone a two-speed gearbox for a single-speed unit in the interests of smoothness. “We’re able to do this because the electric motors rev to around 17,000rpm,” said Heidfeld. Steering wheel paddles offer two levels of regeneration. 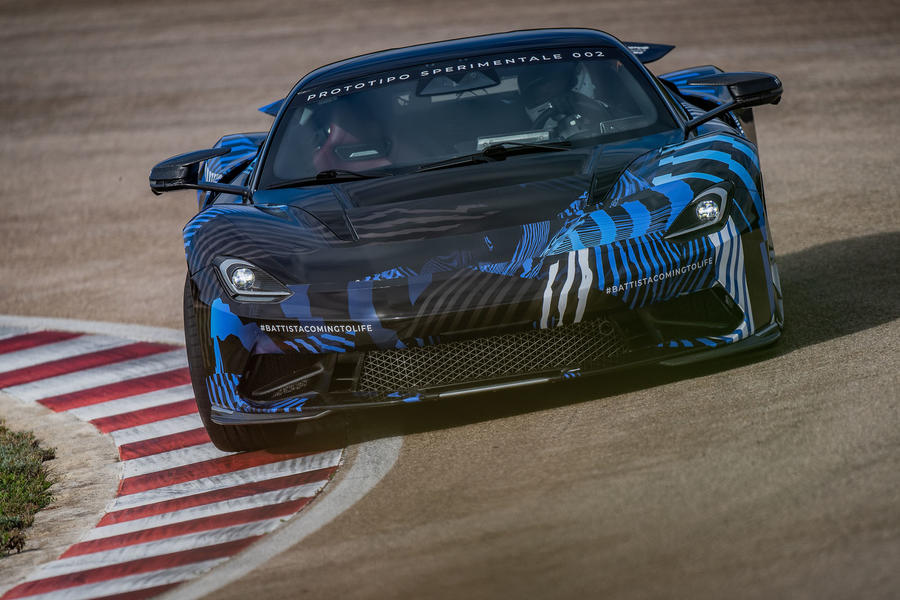 Although the relentless acceleration is expected, the sheer brutality of it hits home. Halfway down the long front straight, at already high speed, Heidfeld switches drive modes and stomps on the throttle. As my head thumps into the headrest and my body is pressed back, I realise he has been playing with me for the first few laps. The aptly named Furioza mode liberates a whole new layer of performance.

“The driving experience reminds me of a Formula E car,” says Heidfeld. “But the crazy thing is the acceleration is even more brutal.”

Although the Battista shares much with the C_Two, there are key changes, including the throttle mapping, which sets new standards of performance. Equally as mind-blowing is the Battista’s stopping ability. Its bespoke Brembo brake system hauls it down from big speeds with all the confidence of a much lighter car.

What’s really surprising, though, is the Battista’s agility. A car of this weight, even with 600kg worth of battery positioned to keep the centre of gravity low, shouldn’t be able to attack corners like this. 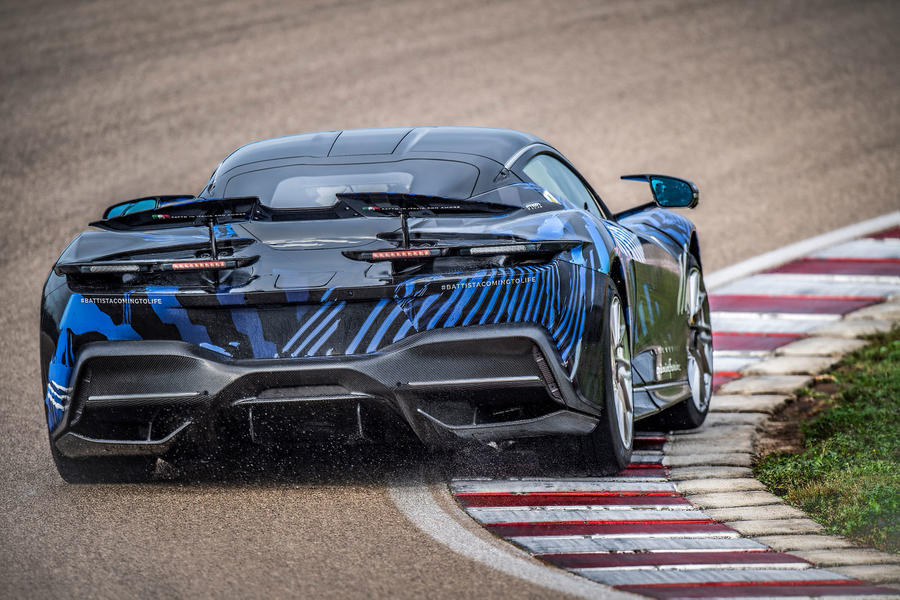 The turn-in is whip-crack sharp, Heidfeld merely rolling his wrists to align the nose with the apex. You can sense the stiffness of its carbonfibre monocoque. There’s virtually no roll, just a flat and neutral stance as substantial lateral forces build. The speed carried through the initial part of each of the Nardò handling track’s 16 corners is astonishing. In damp conditions, though, it is the grip that limits the handling.

Buyers can choose between a standard aero package and a more track-oriented set-up that is claimed to provide added downforce and stability.

Even in standard form, it will set you back at least £1.7m. It is truly impressive. The Battista will certainly be something special when it is launched later this year.

At full performance, is the range longer than two laps?

Another ridiculously fast and expensive car that almost all buyers will never drive, because they are only concerned about the investment. What a waste of all the engineering.

Another ridiculously fast and expensive car that almost all buyers will never drive, because they are only concerned about the investment. What a waste of all the engineering.

Bit of a cave response?, call it what you like, nut there are people out there who see cars like this as an investment opportunity, buy, to sell on to a buyer who failed with his own to buy?, and, it's a trading commodity, yes, it's rediiculously quick and an Earth rotation stopping amount of torque, we'll never know if they all sell, what does it matter?