The popular Seat Ateca has been given a redesign inside and out for 2020, and now Seat has begun taking orders for the updated SUV.

Benefitting from a raft of new technology features, a renewed engine range and the addition of a rugged Xperience model, the new Ateca is priced from £23,670 in 1.0 TSI SE manual form.

But Seat is keen to point out that the most popular trim, SE Technology with the 1.5 TSI engine, is actually £205 cheaper than its pre-facelift equivalent. Despite this, it comes with more kit as standard, such as connected navigation and wireless smartphone charging. 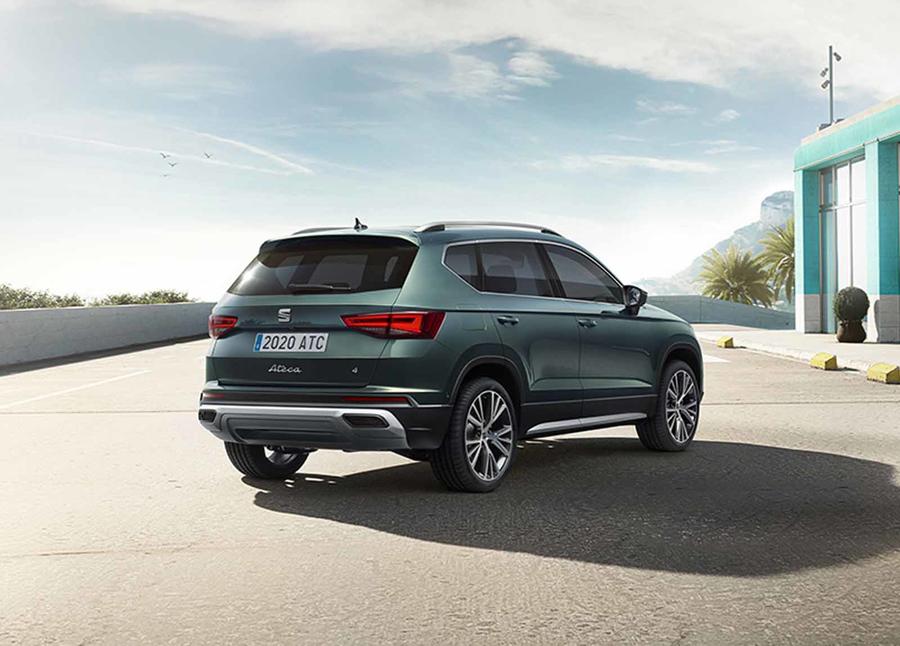 The Ateca, which first launched in 2016, has become one of Seat's biggest-selling models, shifting more than 300,000 units since it was first introduced. The mid-life external tweaks for the SUV are subtle as a result, including new front and rear bumpers that have increased its total length by 18mm.

Further changes include a redesigned grille and reshaped LED headlights, while full LED tail-lights have also been introduced, along with dynamic indicators for top-level FR and Xperience trims. New tailpipes also feature, while the Ateca receives the handwriting-style name badge that Seat first used on the new Seat Leon.

Sportier FR models gain new trim for greater visual differentiation, while the new Xperience spec replaces the outgoing Xcellence model. Although not as extensively modified as the old Seat Leon Xperience, the flagship Ateca does benefit from off-road styling additions including black plastic lower trim, an aluminium-finish valance and side mouldings and body coloured wheel-arch surrounds. Additional colours are also available across the range.

Interior changes are focused on technology, with the Ateca featuring the firm’s latest 10.25in digital cockpit screen (standard on top models) alongside an upgraded infotainment system.

That features a new interface and a touchscreen of 8.25in or 9.25in, depending on the model, plus a new, more natural voice recognition system, an embedded eSIM card for connected services, wireless smartphone charging as standard across the range and four illuminated USB-C ports. A smartphone app also allows you to control and monitor various aspects of the car.

Further cabin upgrades include a claimed boost to fit and finish, with new door designs and panel stitching. A newly designed steering wheel is brought in, alongside matt plastic finishes and multicoloured ambient lighting. There has been mild revisions to the Ateca’s engine range, including a revised 1.0 TSI three-cylinder petrol with a new combustion process and variable-geometry turbocharger to improve efficiency by a claimed 10%. The four-cylinder 1.5 TSI unit continues as before with cylinder deactivation and both manual and dual-clutch automatic (DSG) options, while a DSG and four-wheel drive-only 187bhp 2.0 TSI tops the range.

The 1.6-litre diesel unit has been ditched, with the entry 113bhp version of the 2.0-litre diesel now claiming better performance and greater efficiency. A 148bhp version is also available, while all diesels now feature a twin-dosing selective catalytic reduction (SCR) system to cut NOx emissions significantly. No hybrid variants have been announced at launch, however.

The Ateca’s safety assistance tally now includes pre-crash assistance and predictive active cruise control, which uses the sat-nav and front-mounted camera to amend the cruising speed depending on the road layout and hazards ahead.  Top models get new side and exit assist features, giving warnings and braking if an oncoming hazard is detected when reversing and spotting vehicles in adjacent lanes up to 70 metres behind. A trailer assistance function is also added.

First examples of the new Ateca will arrive in the third quarter of 2020.

Bring back the Alhambra. Ever

Bring back the Alhambra. Ever tried getting in the rear most seats of a 7 seat SUV, tis a nightmare.
abkq 16 June 2020

Bring back the Alhambra. Ever tried getting in the rear most seats of a 7 seat SUV, tis a nightmare.

SUV is supposed to be the practical choice. And yet people happily buy 7-seater SUVs instead of MPV

Let's see whether VW's spacious and gorgeously styled forthcoming I D Buzz or Bulli or whatever it'll be called will buck the treand.

I like it, it is a decent update with the new nose of the their larger SUV. Still isn't distnctive enogh for a SEAT for me. SEAT was supposed to be the sporty one, with some flair. This doesn't have any

Clone styling, like a remake of old British Leyland badge-engineering.

Probably good to own, though its sheer anonymity is hard to approve.