Citroën intends to replace the ageing C4 Cactus and now-dead C4 hatchback with a new C-segment crossover, and new spy photos have givn us our closest look at it yet.

Despite the coronavirus pandemic, engineers in Germany are hard at work testing the new model, which could use the Aircross tag to bring it into line with Citroën's latest SUVs. The prototype is being tested alongside a Vauxhall Grandland X, allowing us to see that the new model features a lower roofline and looks to be narrower.

Tipped to be revealed in the latter part of this year before going on sale at the start of 2021, the newly developed model will sit on the PSA Group’s CMP architecture, allowing it to be the first in its class to offer petrol, diesel and battery-electric powertrain options. Former Citroën CEO Linda Jackson confirmed this last year. 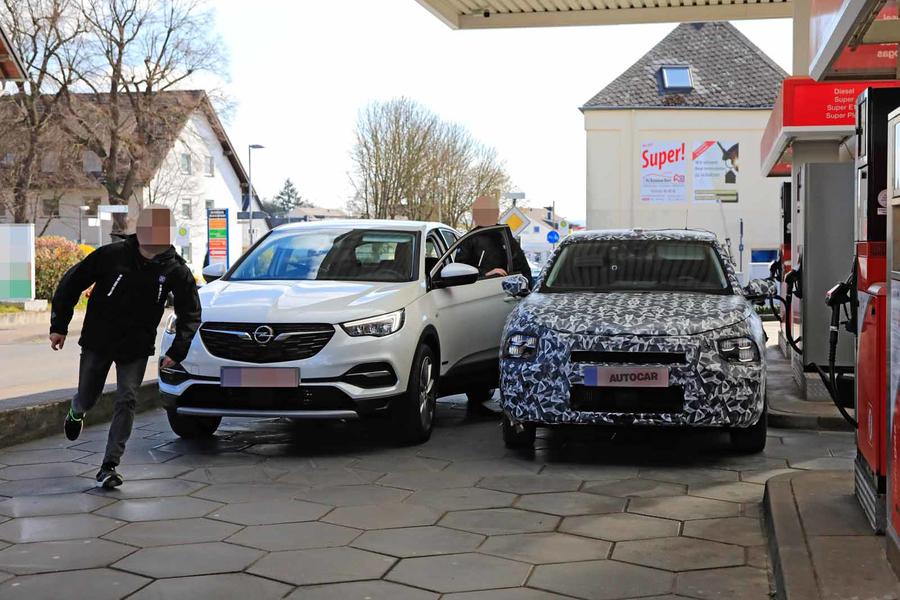 The images offer a detailed look at the new car in disguise, which moves towards the now-fashionable coupé-SUV bodystyle by way of a distinctly sloping roofline and a raised tailgate. However, clear Citroën design cues remain in the front end, particularly the low-mounted headlights, and a clamshell bonnet features.

The use of the CMP platform means we can expect the C4 replacement to come with the engines used by sister brand Peugeot’s similar-size new 2008. That means a range of turbocharged 1.2-litre three-cylinder turbo petrols and 1.5-litre four-cylinder diesels, as well as the electric powertrain. Stickers appear to confirm that this prototype features the latter.

The Citroen C4 Cactus has downgraded its airbumps, but gained new suspension and engine. Can that turn it into a true rival to the VW Golf and Peugeot 308?

Citroën has previously committed to, from this year onwards, launching all new models with either plug-in hybrid or fully electric powertrain options. The French firm claims there will be an electrified version of every car and van it sells by 2025.

Not a bad shape, might be good, who knows?