BACK TO ALL NEWS
Currently reading: Caterham Seven Sprint sold out in one week
UP NEXT
Alfa Romeo to show new sports car in early 2023

Caterham Seven Sprint sold out in one week

The Caterham Seven Sprint has sold out, with all 60 units of its limited production run being sold in a single week.

The Seven Sprint is a retro-themed version of the sports car, and was unveiled at the Goodwood Revival.

Caterham’s Chief Commercial Officer, David Ridley, said: “We have been overwhelmed with the response to the Sprint. We knew of course it was a great product but the reaction we got is unprecedented."

Ridley also highlighted the fact that in an average year, Caterham shifts around 500 cars, adding "with the Sprint, we’ve sold more than 10% of our annual sales figure in a week. It’s been the perfect scene-setter to our 60 Years of Seven celebrations.”

The model's 60-unit production run will not be extended, despite the speed of the examples being bought.

Powered by the same 80bhp, three-cylinder Suzuki engine installed in the entry-level Caterham Seven 160 model, the Sprint sports a nostalgic theme through its exterior and interior.

The chassis is powder-coated grey, making it period-accurate for a Series 2 Lotus 7, while the suspension and rollover bar are also reminiscent of Colin Chapman’s original. 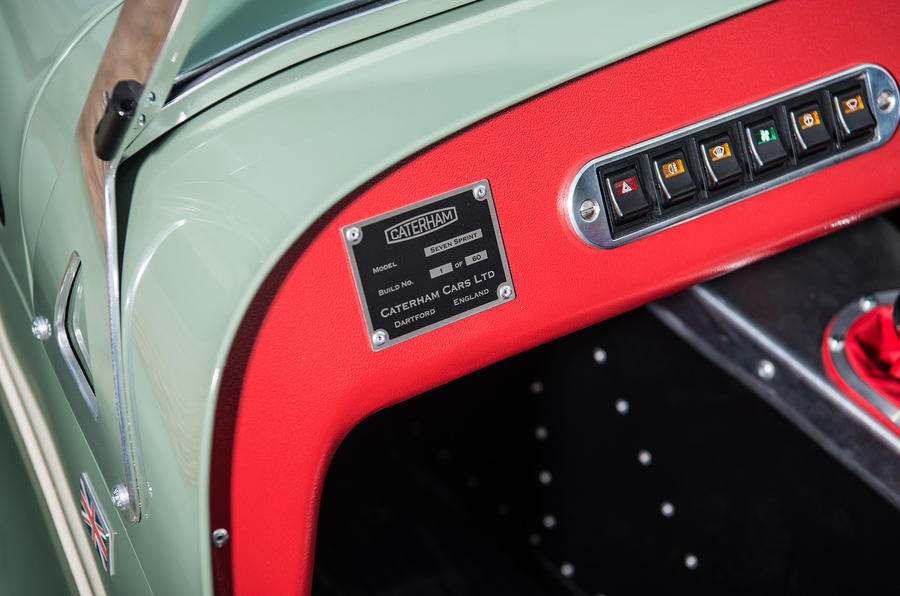 It features flared front wings, a polished exhaust silencer and retro-styled individual rear lights. Wheels are painted cream and finished with polished hubcaps, while the main bodywork is emblazoned with retro Caterham branding and Sprint logo

A choice of six body colours are available, reflecting the number of choices that were available in 1966/67: Cream, Mellow Yellow, Regency Red, Camberwick Green, British Racing Green and Misty Blue.

Inside the cockpit, there’s a wood-rimmed sports steering wheel and dashboard in wood effect, complete with a classic instrument layout. The tachometer features red and yellow sectors, another 1960s throwback.

The interior panels and Muirhead Scottish seat upholstery is hand-stitched in the period style and finished in scarlet red. The interior and luggage space are fully carpeted. 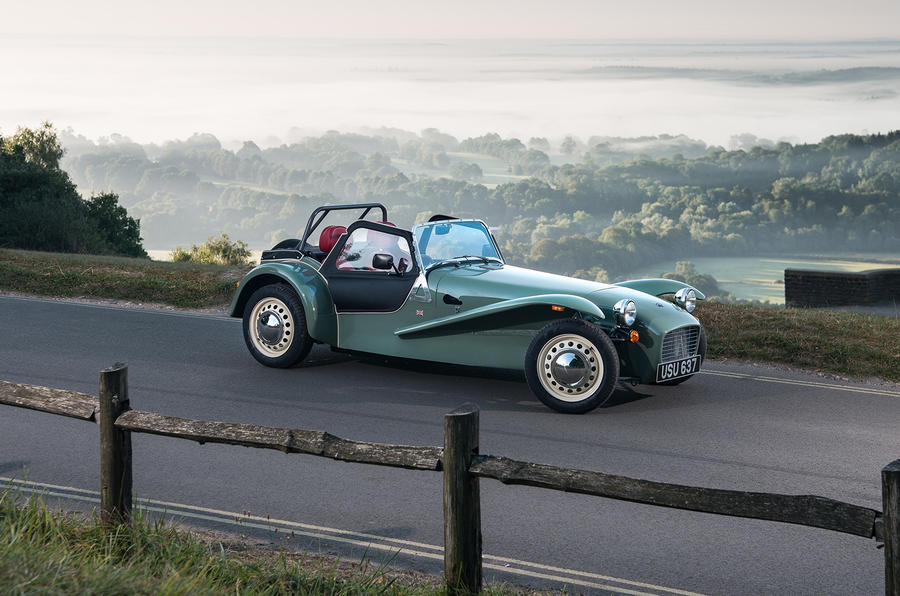 The Seven Sprint will be available as a factory-built car only and costs from £27,995 and is available to order now. Only 60 Sprints are destined for the UK and European markets.

Caterham Cars CEO Graham Macdonald said: “We have always prided ourselves on continually developing the Seven during the 44 years we have been custodian of the model.

“But we never wished to dismiss our heritage either and I know there are plenty of Seven purists and aficionados out there who will really appreciate the level of detail we’ve gone to with the Sprint to resurrect the spirit of those early cars. 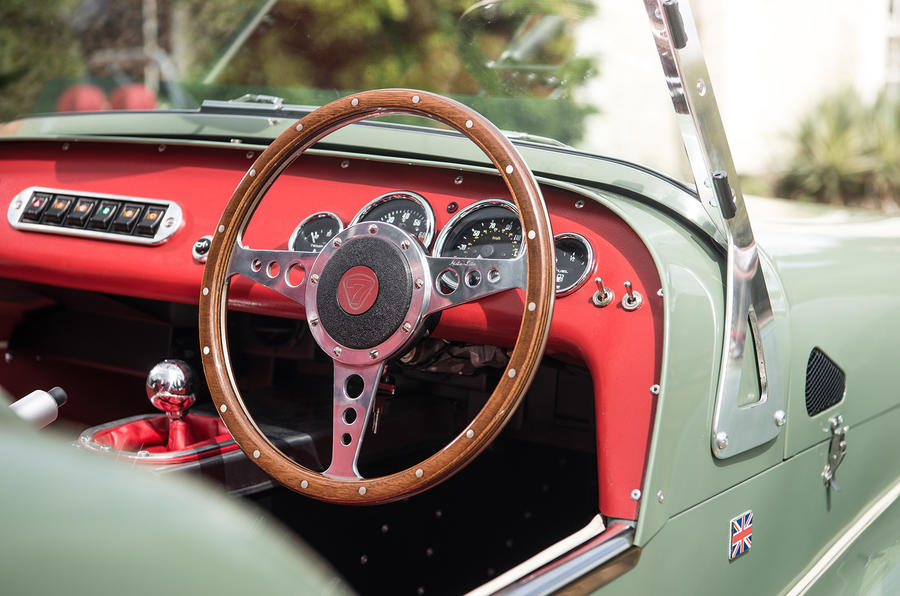 “It’s a car that has been built today, with all the benefits that modern engineering brings with it, but the essence of the Swinging Sixties.”

The launch of the Seven Sprint heralds the start of Caterham’s ‘60 years of the Seven’ celebrations, which will culminate with a brand-specific festival at Donington Park next summer.

I think this looks fantastic,

I think this looks fantastic, but is it worth that much extra over the standard car? Hmmm
Greenracer 9 September 2016

It looks better than the 160, probably the wheels help. The number plate is illegal. But my main moan about Caterham is that they don't produce a real affordable Seven.
MrsChippy 9 September 2016

As with the Morgan 4/4 80th Anniversary Edition, this is, sadly, a limited run. Why can't such an aesthetically pleasing model become a permanent variant, for those who prefer the classic look?
View all comments (8)