BACK TO ALL NEWS
Currently reading: Bugatti Chiron: how to build a £2 million hypercar
UP NEXT
Exclusive: Morgan bosses detail ambitious growth plans

Bugatti Chiron: how to build a £2 million hypercar

As the first Chirons are readied for delivery, we see how Bugatti makes the model at its Molsheim facility
Open gallery
Close

The Bugatti Chiron is being readied for roll-out after a year spent showcasing the hypercar at events around the world, following its launch at the Geneva motor show last March.

Read our review of the Bugatti Chiron

Customers will receive the first cars by next month. Around 70 examples are expected to be made in Bugatti’s so-called Atelier this year — 14% of the production run of 500 models overall.

The French car maker, owned by the Volkswagen Group, says the process of making a Chiron to delivering it takes between six and nine months. Each €2.4 million (£2m) 1479bhp supercar, which can reach 62mph in less than 2.5sec and hit 261mph, is assembled by 20 employees by hand using more than 1800 parts.

Bugatti claims its Molsheim facility has been “extensively modified” to take account of the car’s higher performance over the Veyron and the “generally more complex nature of the new product and its production process”.

Here, in pictures, are the production process highlights. 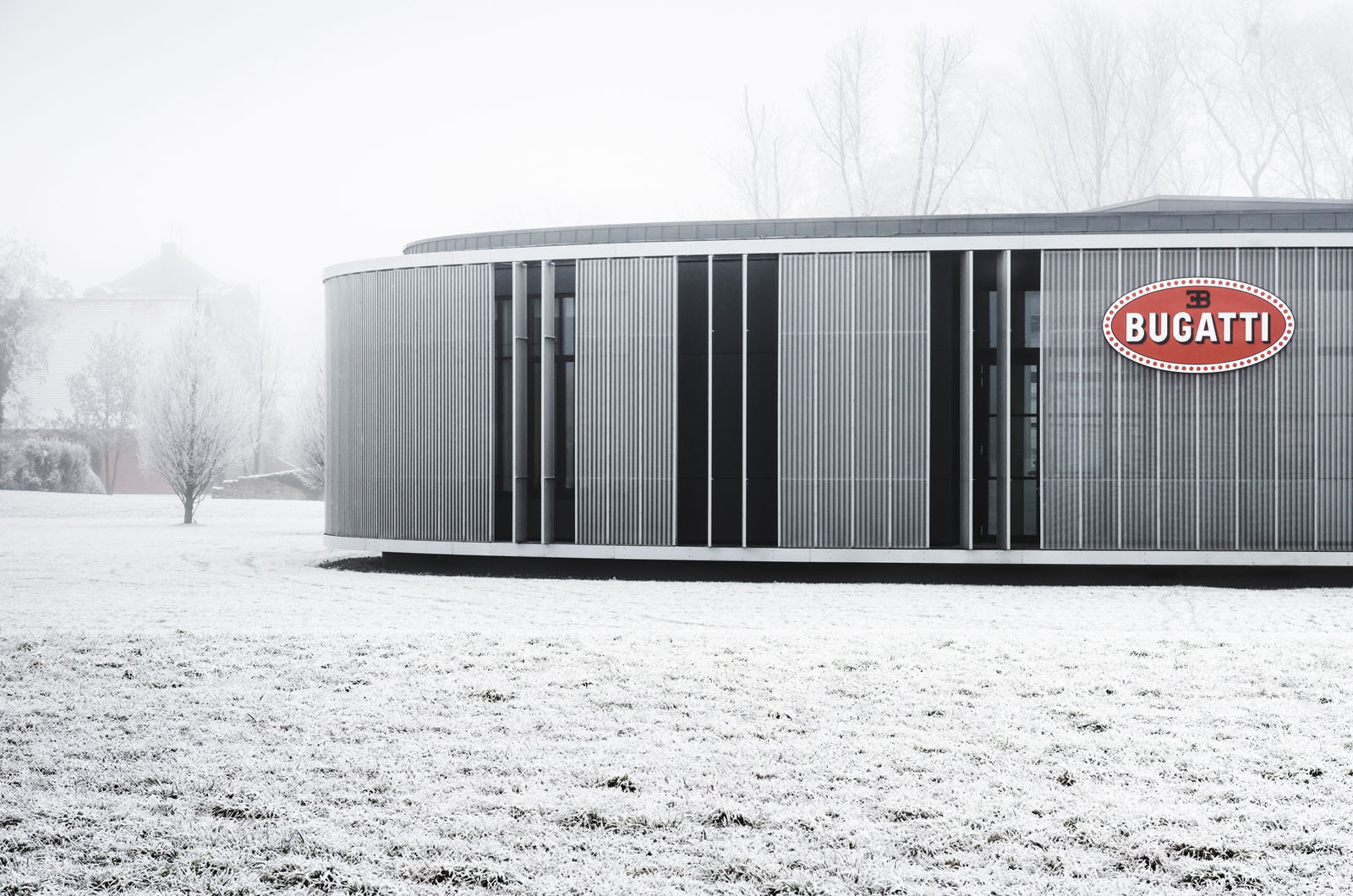 The Chiron is built in Bugatti’s ‘Atelier’, at its headquarters in Molsheim, which has been the company’s base since it was founded in 1909. The building, built in 2006, is shaped like an oval to echo the brand’s logo, the Bugatti Macaron. 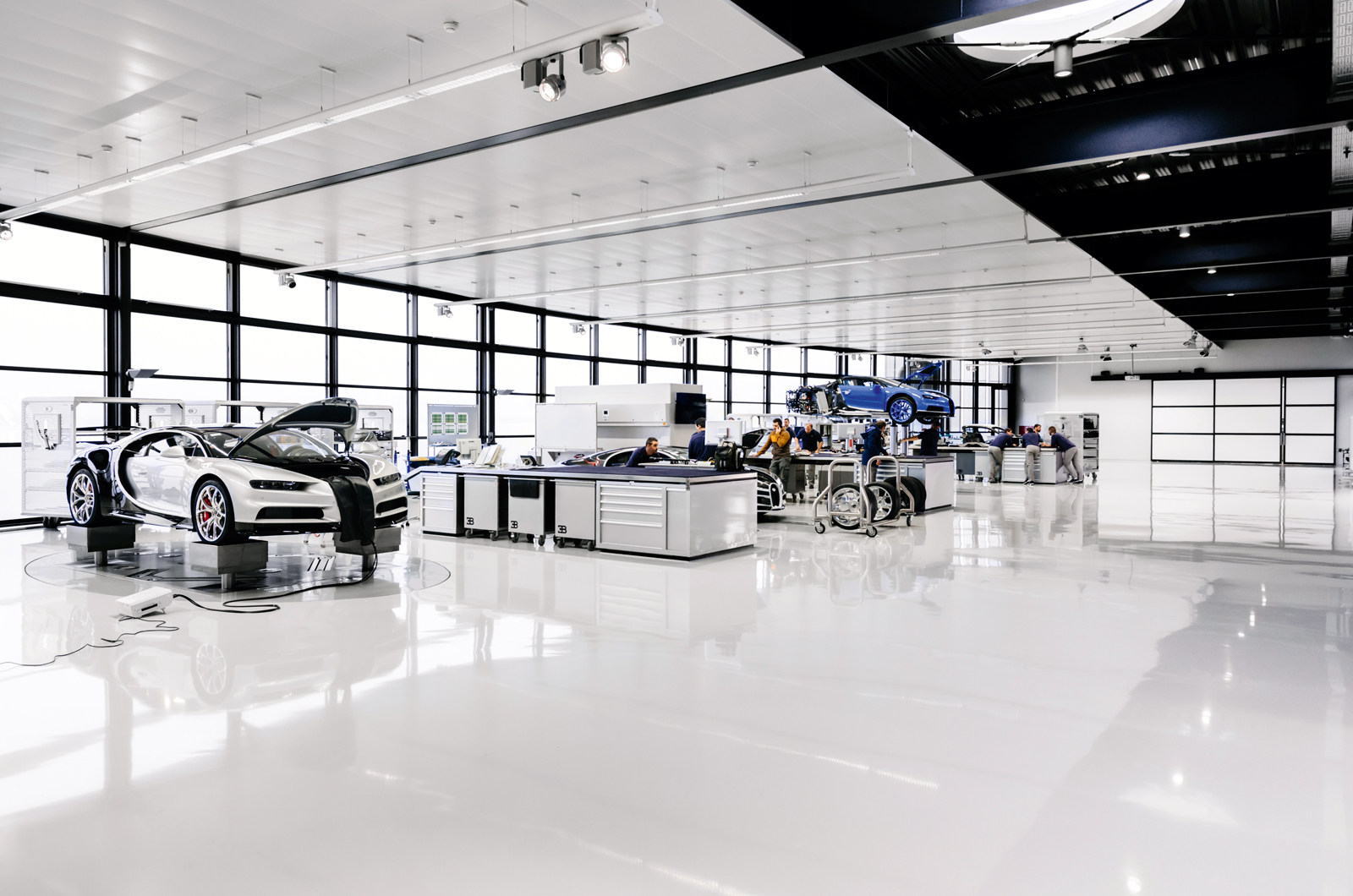 The Atelier has a floor space of more than 1000 square metres. The new glossy white floor is made from epoxy and is conductive, which ensures the dissipation of any electrostatic charges. The only electronic tool in chassis assembly is the new EC nutrunner system. It creates a data value for each bolt on the chassis and stores it on a computer connected to the system, which in turn gives the assembly worker a signal when the right torque value is reached. There are more than 1800 bolted joints on a Chiron, with documentation required for 1068 of them. Chassis assemblers marry the joining of the monocoque and the rear end. Three employees spend about one week on the assembly of the chassis. The staff, in contrast to traditional production line workers, must be able to assemble the entire chassis, including the rear end, monocoque and frame. 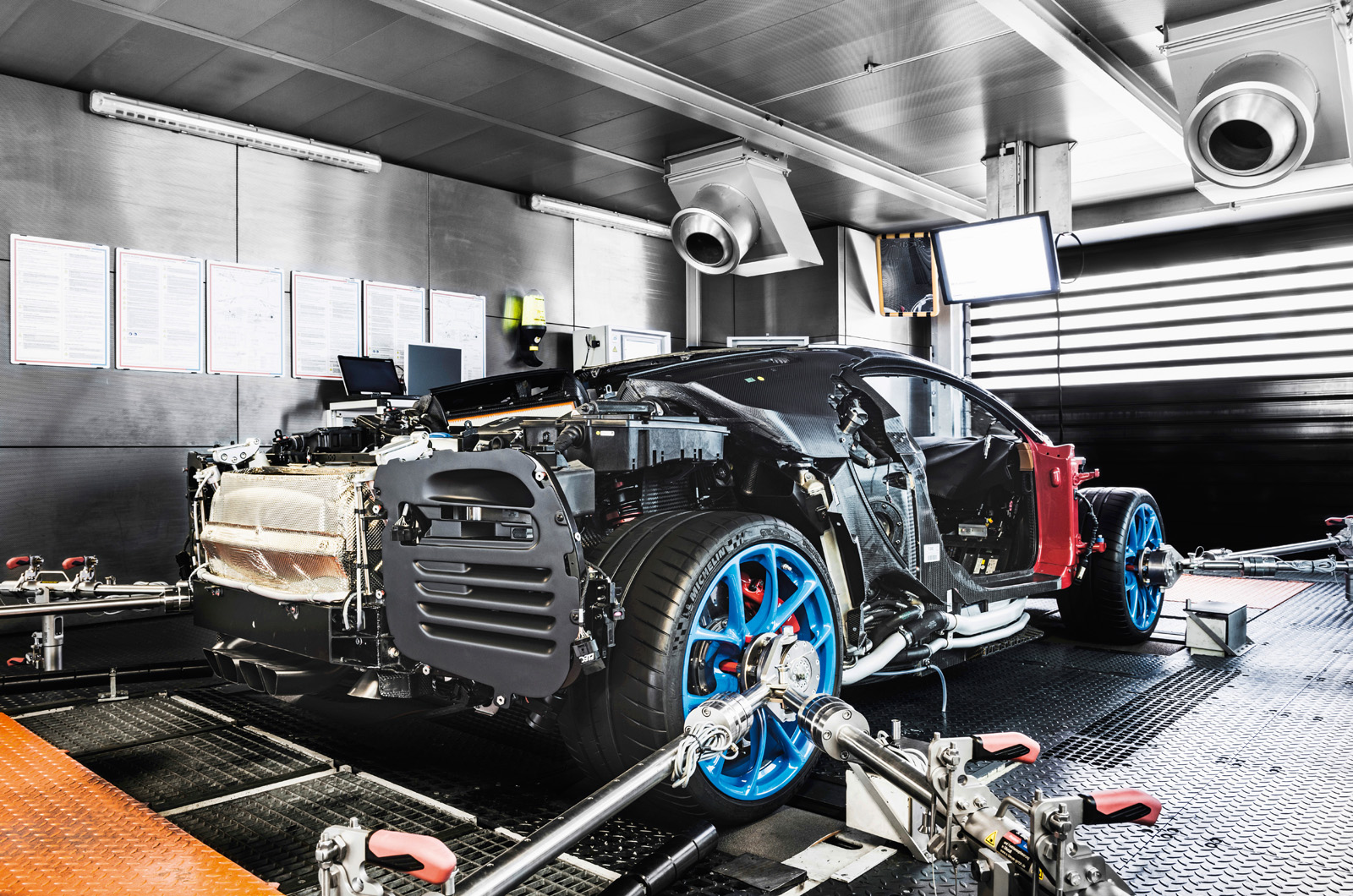 Bugatti’s upgraded rolling dynamometer is the most powerful of its type in the world, according to the brand. It says the unit has been the biggest investment in preparation for the Chiron. The changes, including larger electric cables, were needed because the old tech could not absorb the 1479bhp and 1179lb ft developed by the Chiron. The new unit can produce electricity of up to 1200A during operation; excess power is fed into the local grid in Molsheim. 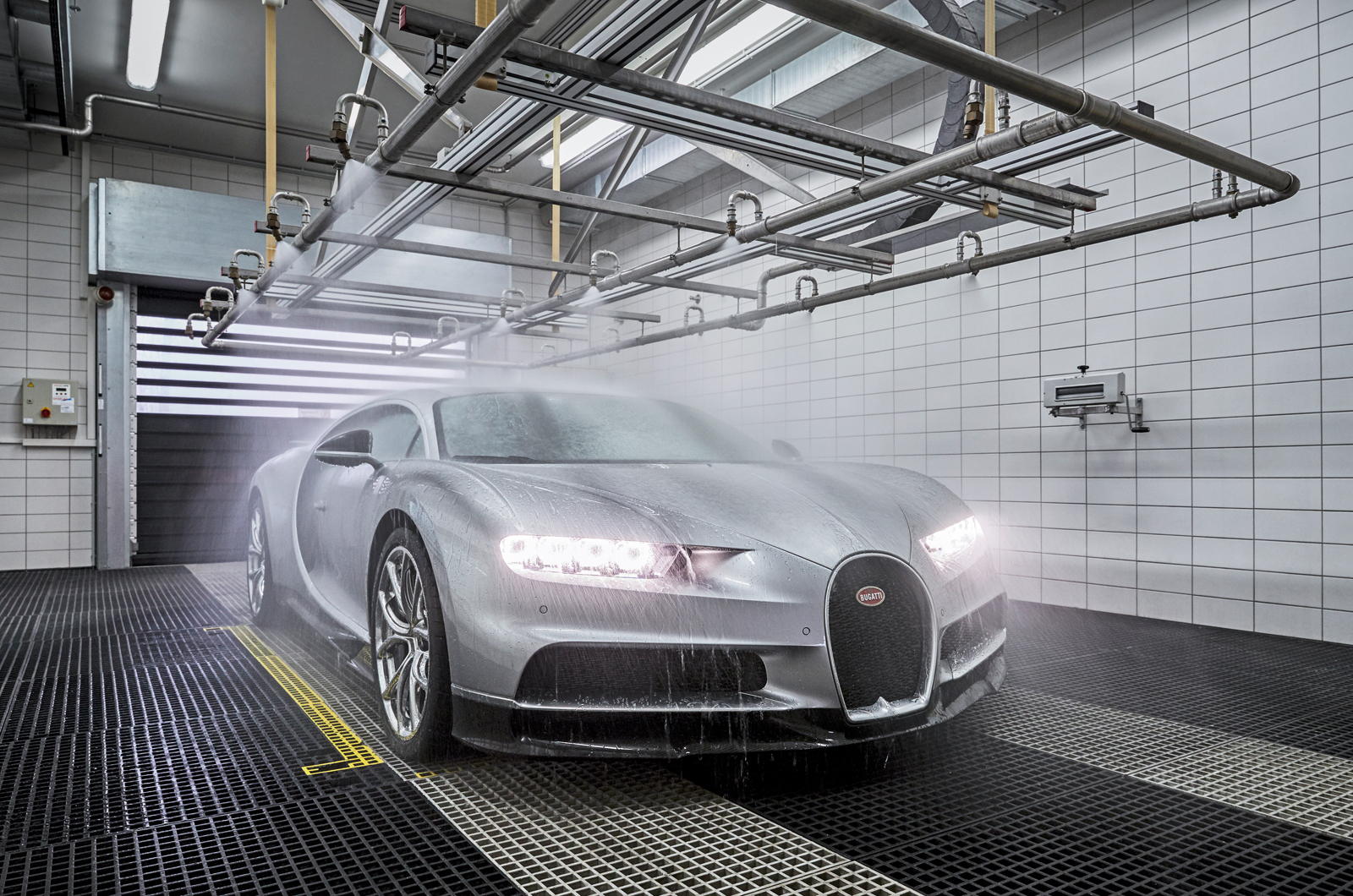 During the water test, the Chiron is exposed to monsoon rain for 30 minutes to ensure there are no leaks. 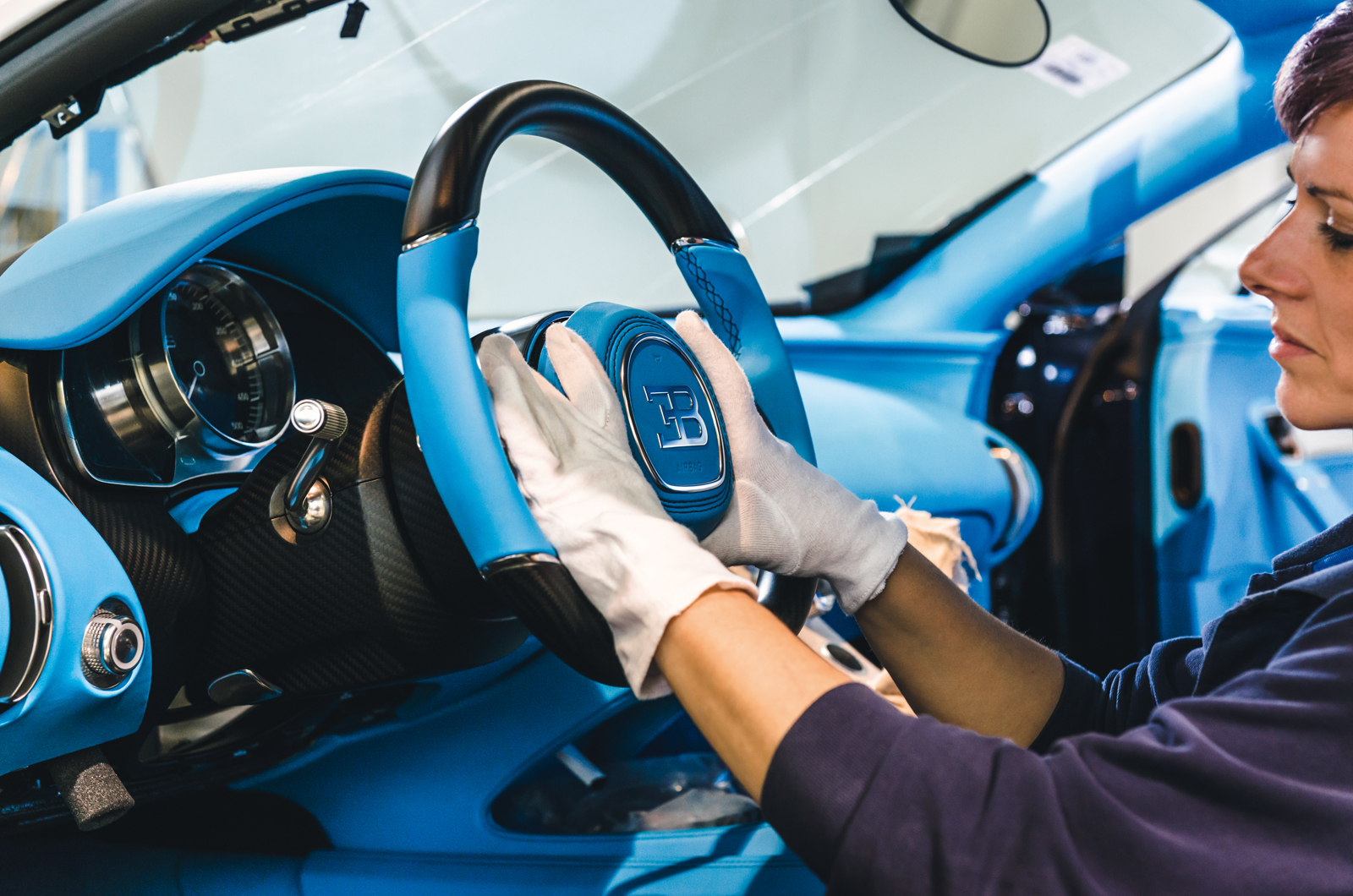 Only after this will the interior be fitted, which typically takes two people three days. The next step is a test drive — once the car has been covered in a strong transparent plastic foil, which takes a day in itself. The car is driven around 190 miles at varying speeds, including in excess of 155mph on an airport runway. 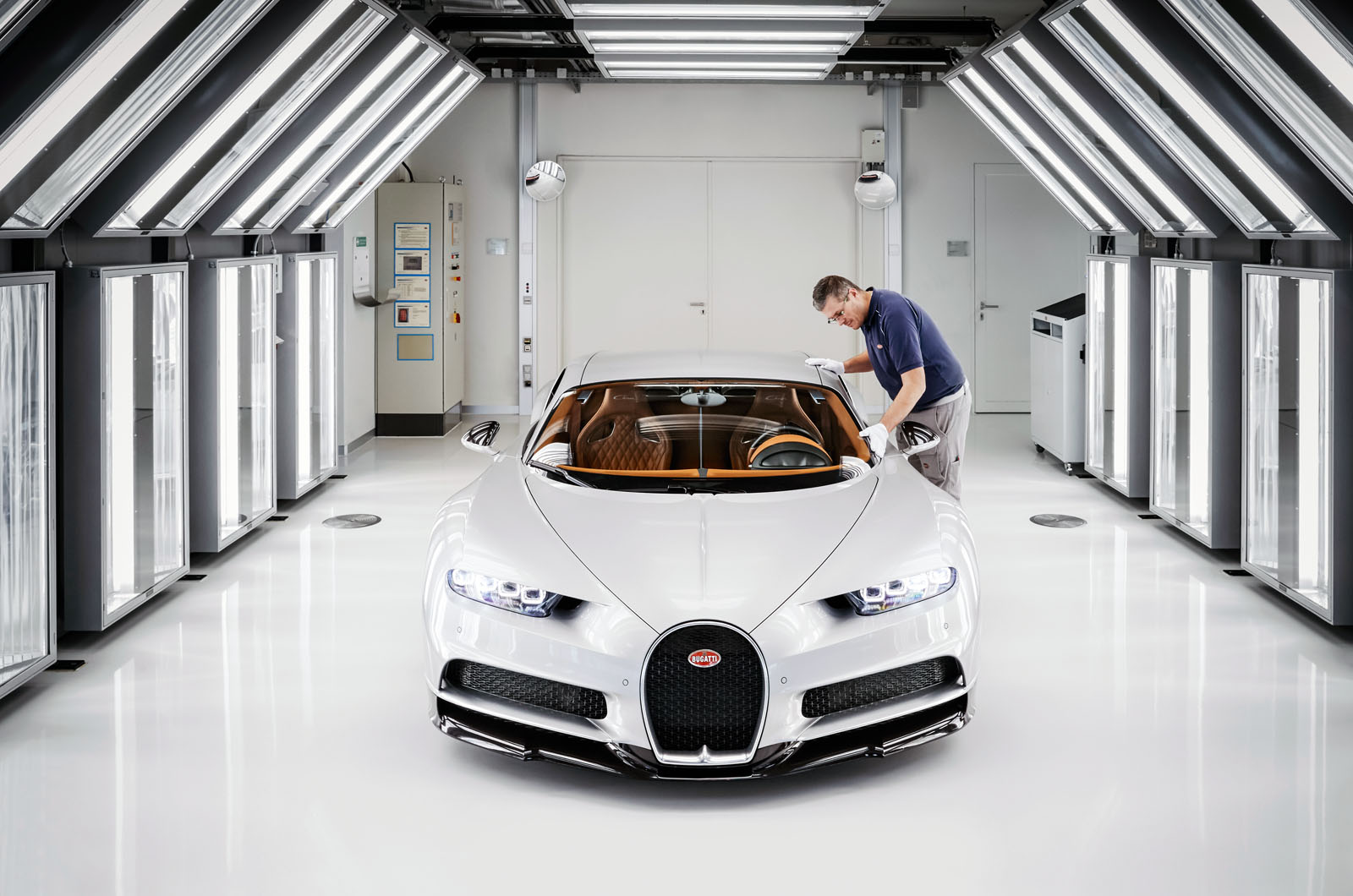 In the light tunnel, a six-hour inspection is carried out before the car is signed off.

Is there any possibility of an 8 page road test of the Chiron, Autocar?
It would be nice to have one sometime over the spring or summer.