BACK TO ALL NEWS
Currently reading: BMW iNext: high-tech electric SUV seen with less disguise
UP NEXT
MST Mk1: Is this the ultimate rally recreation?

BMW's 2021 Audi e-Tron rival is seen with what looks like production-ready bodywork, and we get a fresh glimpse of the interior
Open gallery
Close

BMW’s long-awaited rival to the Audi E-Tron and Mercedes EQC, the electric iNext SUV, has been caught in prototype form giving us a much better look at its exterior design.

The disguised test mule, snapped on the back of a trailer outside one of the brand's German facilities, can be seen to feature styling that's distinctly different from the brand's conventionally-powered SUVs.

It sits lower to the ground and has a more streamlined shape than its size equivalent, the X5, which is conveniently parked above the iNext prototype on the trailer. The less upright design will improve aerodynamic properties, allowing it to a achieve an EV range tipped to be up to 400 miles in top variants. 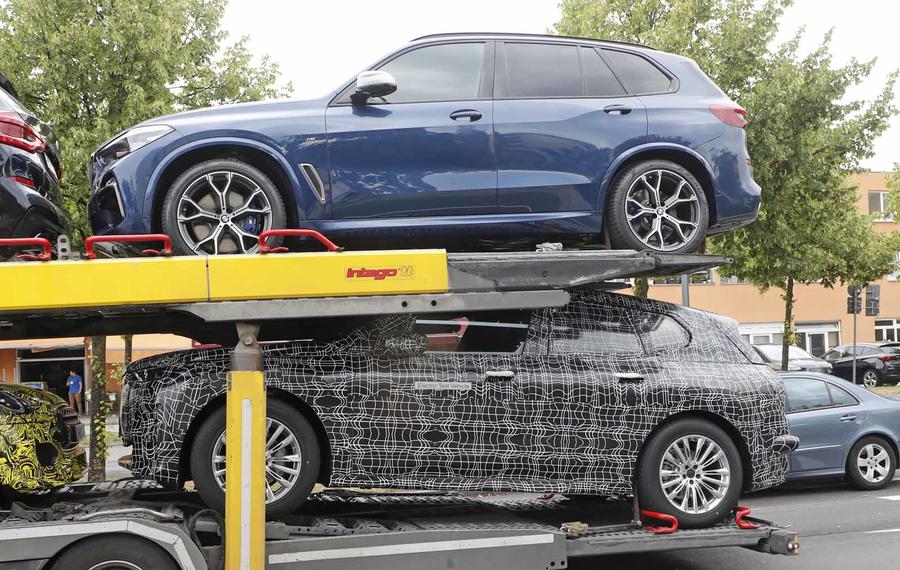 BMW continued the gradual unveiling of the iNext, due in 2021, last week with the reveal of a range of images depicting the advanced model's polygonal-shaped steering wheel. A new interior shot shows that wheel in the prototype, although much of the car's cabin is still covered up.

Described as the first BMW model in which the driver is no longer required to take care of the task of driving, the iNext is fitted with a newly designed steering wheel conceived to allow the driver to easily switch between highly automated driving and active driving modes.

It is the second interior detail from the production version of the iNext to be revealed, following official images showing its curved instrument display earlier this year. 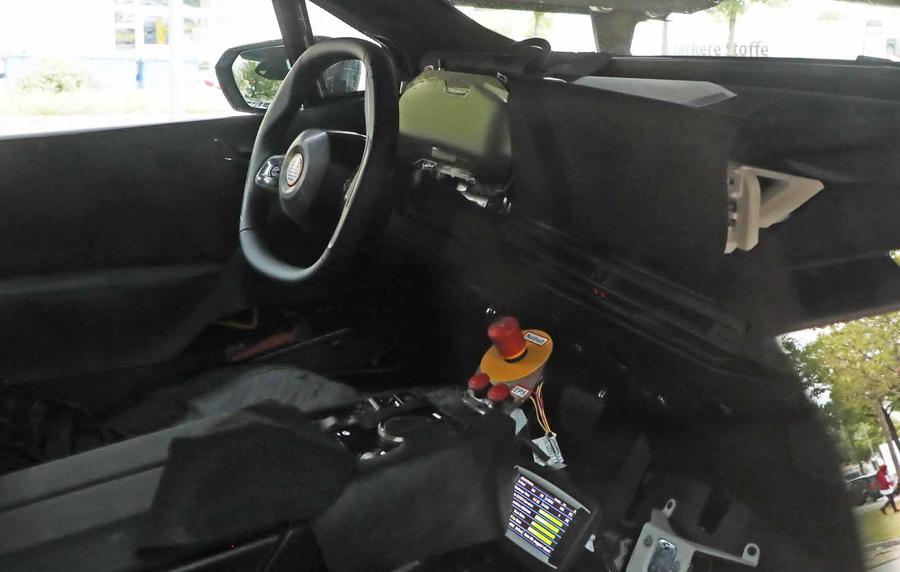 “The moment the driver re-takes control of the vehicle, they can detect the steering angle instantly – both visually and by means of touch,” said BMW.

Together with the curved instrument display, the new polygonal-shaped steering wheel forms part of what BMW says will be a “pioneering interior design” for the iNext, which has been confirmed to go into production in 2021 as a “new technological flagship” model for the German car maker.

The iNext is a similar size to the conventionally fuelled BMW X5 and will form an integral part of the brand's electrification strategy.

The SUV’s new platform has been conceived as a multi-purpose architecture that will go on to underpin ICE vehicles, hybrids and pure-electric models from the 3 Series upwards, in line with BMW’s plans to produce all future vehicles on one of two platforms.

It's expected to share its powertrain in some form with the BMW i4, due next year, itself claimed to be capable of up to 373 miles of range. Given the extra space for battery capacity in the iNext's body, higher range variants are expected.

This looks remarkably like a Ford S-Max to me, which is a (far more sensible) MPV and not a (compromised) SUV. Lets just hope they don’t ruin it with an X7 grille (which I fear they will)

A platform to accomodate all drivelines and optimized for none.  It is a financial decision to ease into the elctification of the autmobile.  It will not be competitive with pure EV platforms like those from Tesla and others.  For a platform that takes full advantage of what an EV driveline has to offer, look at the MEB from VW/Audi.

Give it a proper name, then I'll be interested.

It does rather sound like the "brand" name of the kind of cables and adaptor one might find for sale in an airport shop or, even, a pound shop.