BACK TO ALL NEWS
Currently reading: BMW i8 roadster confirmed for 2018
UP NEXT
2024 BMW X3 primed to take on Mercedes-Benz GLC

BMW i8 roadster confirmed for 2018

The BMW i8 roadster is on course to arrive in 2018 as part of a mid-life facelift for the model range.

The drop-top hybrid’s development has long been rumoured, but company CEO Harald Krueger confirmed its launch year to Autocar at the Paris motor show.

BMW’s boss refrained from revealing any more details, but the convertible, which could adopt the BMW i8 Spyder name, is likely to be first be shown at the end of 2017 when the i8 facelift is revealed.

The roadster’s design will incorporate some features of the BMW i Vision Future Interaction concept (pictured) that was at the 2016 Consumer Electronics Show (CES), including a pair of rear buttresses.

Like the rest of the updated range, the i8 roadster will also adopt an upgraded petrol-electric powertrain with a more potent motor than the 129bhp unit used by the existing i8. 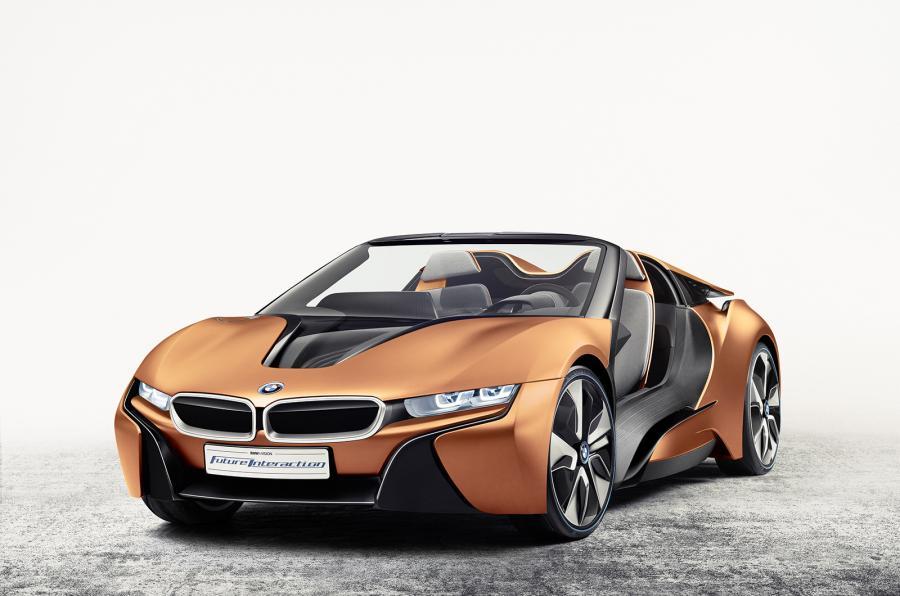 Combined with a lightly fettled 1.5-litre three-cylinder turbo petrol engine, the front-mounted synchronous electric motor is claimed to provide the facelifted i8 with a boost of more than 10% in power over today’s model, lifting the 2018 i8’s output to around 420bhp.

The i8’s cabin will also be upgraded with new technology, which, like the car’s design, could take influence from CES 2016 concept and gain a more interactive infotainment system with gesture control technology.

The i8 roadster will sit above the i8 coupé in the model range. A small increase in price is expected for the entire range, meaning the roadster could cost start at more than £110,000.

Looks good, but I'd be more concerned with the torsional rigidity and how heavy it is rather than the infotainment system. Not many cars which start off as closed designs make good open top models. A stiff body structure is a prime requirement for any sports model I'd say.
concinnity 18 October 2016

Carbon fibre is so strong a material that cutting off the roof shouldn't make much difference. Look at the difference in weight and torsional rigidity between the open and close versions in McLaren's range.